At the Pentagon: the United States did not transfer weapons to Ukraine that could reach the airfield in Novofedorovka in Crimea 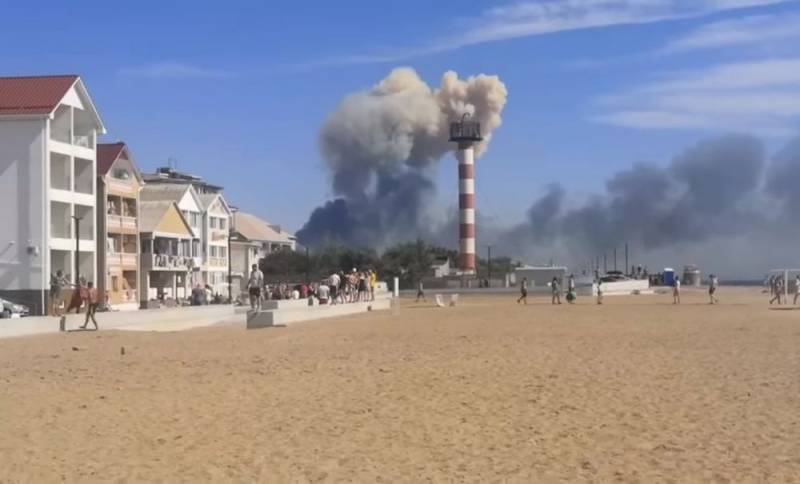 After the incident on the territory of the military airfield "Saki" near the village of Novofedorovka in the Crimea detonation ammunition at a special site for the storage of TSA and publication of the consequences what happened, journalists in the West suspected Washington of indirect involvement. However, US security officials assure that they have nothing to do with the high-profile incident on the peninsula.


The Pentagon claims that Washington did not transfer long-range weapons to Kyiv that could reach the mentioned military facility. This was stated by a representative of the US Department of Defense at a closed telephone briefing on August 12 for concerned American media.

The United States did not give Ukraine any weapons that could strike at the Saki airfield in Crimea
- Jeff Seldin, correspondent of the Internet resource "Voice of America" ​​(included by the Ministry of Justice of the Russian Federation in the register of media-foreign agents) quoted the representative of the Pentagon in his blog.

Moreover, the representative of the American military department stressed that the United States does not have any evidence that would indicate an attack on this airfield using missiles.

It should be added that the Ministry of Defense of Ukraine also refuses to admit its involvement in this action. Thus, the US and Ukraine do not want to take responsibility. We remind you that as a result of the incident, one person died, fourteen more received injuries of varying severity.
Reporterin Yandex News
Reporterin Yandex Zen
2 comments
Information
Dear reader, to leave comments on the publication, you must sign in.