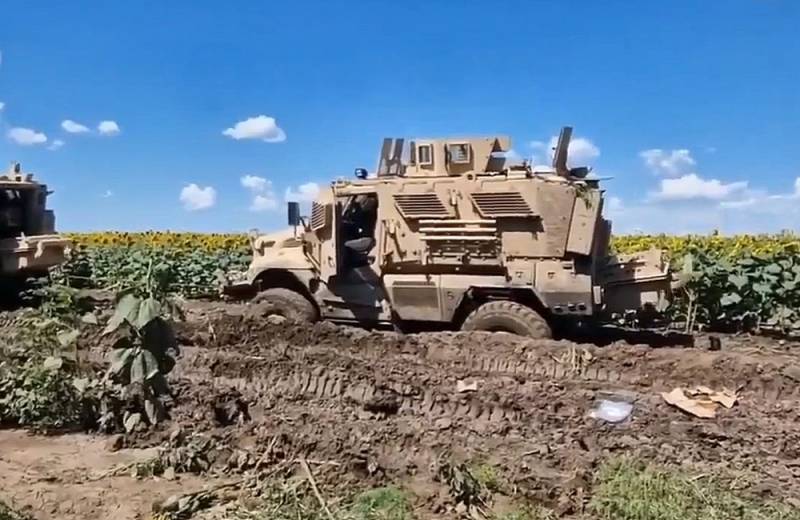 The United States handed over to Ukraine several International MaxxPro armored vehicles, but military vehicles that “served” back in Iraq are only able to move on hard surfaces and get stuck even in soft ground.


A video leaked to social media shows the MaxxPro being transported towards the Polish-Ukrainian border.


And this video demonstrates the inability of cars to overcome the mud and local black soil. According to Ukrainian servicemen in social networks, the car easily transports 7-9 people on a flat and hard surface, but when driving through the slightest mud, it gets stuck, burrowing its wheels into the ground. All this makes MaxxPro and towing it machinery good targets for Russian tanks and aircraft.


The weight of an armored vehicle equipped with a 4x4 wheel arrangement is 13 tons. MaxxPro specific power reaches 20 hp. With. per ton. In the United States, it is believed that such equipment can be a full-fledged replacement for HMMWV armored vehicles.

Earlier, the Armed Forces of Ukraine received Kirpi armored vehicles from Turkey. However in the opinion of military expert and journalist Mikhail Khodorenka, these armored vehicles will not be able to participate in intense hostilities, since they do not have the proper level of protection. Thus, Kirpis are unable to withstand the impact of fragments of 155-mm high-explosive fragmentation shells at a distance of less than 60 meters.
Reporterin Yandex News
Reporterin Yandex Zen
3 comments
Information
Dear reader, to leave comments on the publication, you must sign in.