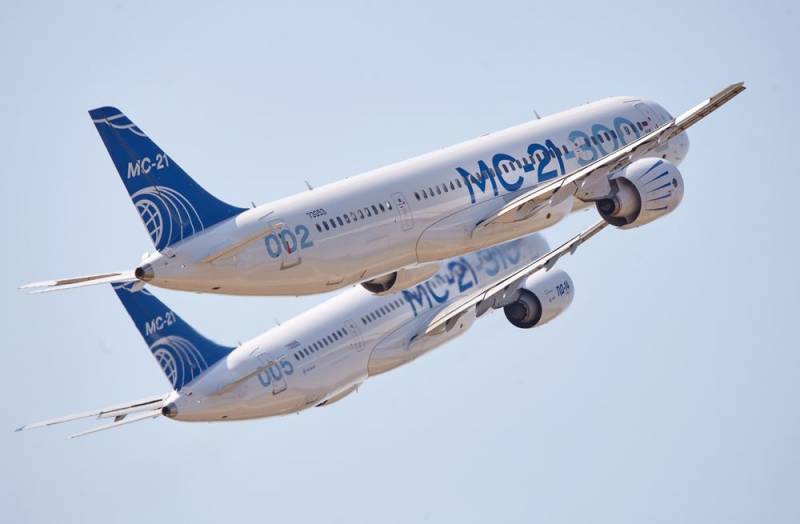 Import substitution in the Russian aviation industry has already reached certified aircraft. It turned out that soon all existing and under construction MC-21-300 liners may lose American Pratt & Whitney PW1400G (PW1428G) engines. The aircraft will be converted into MS-21-310, which will be equipped with Russian PD-14 power units manufactured by UEC-Perm Motors JSC. On August 10, the specialized information resource informed the public about this. FrequentFlyers.


The publication noted that at first the replacement of aircraft engines will affect the first test prototype with tail number 73051, released six years ago. The aircraft will make a series of flights with PD-14s, after which the aircraft engines will probably be replaced with the remaining MS-21-300s. Further production of medium-haul narrow-body airliners of the MS-21-300 series is not planned to stop dependence on foreign supplies.

It was noted that the PW1400G and PD-14 power units are not interchangeable. American and Russian aircraft engines differ in size, mountings, power and control systems, so a significant amount of rework will be necessary.

As for the PW1400G, in 2019, 21 such aircraft engines were ordered for the MS-300-40, which were supposed to arrive before the end of 2023. Moreover, they promised to bring 20 power units in 2022, but the deliveries were canceled due to anti-Russian restrictions. The sanctions also affected the timing of the delivery of the liners themselves to customers. For example, in 2022 Rossiya Airlines expected to receive six MS-21-300 units.

At the same time, the MS-21-310 liner has not yet been certified and only one aircraft with tail number 14, which recently made its 73055th test flight, is equipped with PD-21 aircraft engines. Since there will soon be two MS-310-250s, the certification process will speed up. The planes will have to make about XNUMX test flights on a pair, summed up the media.
Reporterin Yandex News
Reporterin Yandex Zen
29 comments
Information
Dear reader, to leave comments on the publication, you must sign in.