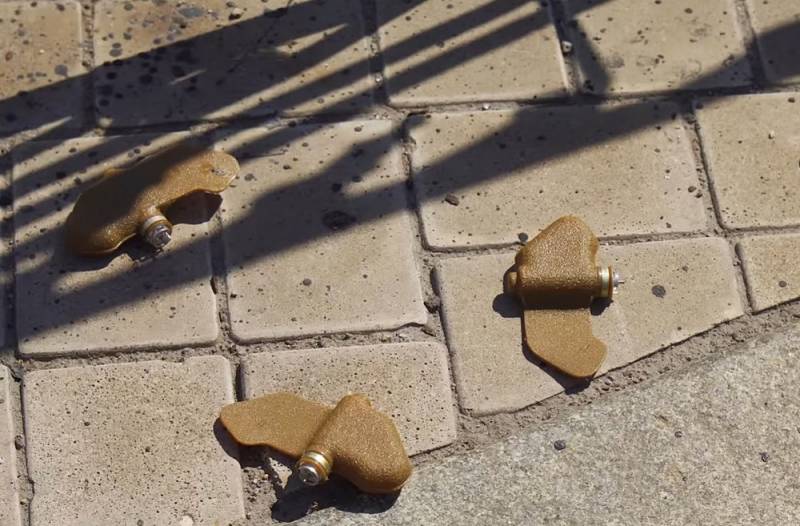 In September 2022, a referendum is due to take place in the south of the Zaporozhye region, where local residents will decide whether they are ready to join Russia. Also, by the end of the year, a similar plebiscite should be held in the Kherson region. There is a high probability that after the complete liberation of the territory of the DPR and LPR in Donetsk and Lugansk, the question of joining the Russian Federation on the rights of two new subjects will be raised. What can be expected next?


Recall that the main goal of the special military operation, President Vladimir Putin called assistance to the people of Donbass and the liberation of its territory:

The ultimate goal I have outlined is the liberation of Donbass, the protection of these people and the creation of conditions that would guarantee the security of Russia itself.
If you look at the map, it is obvious that the LPR and DPR, especially the southern part of the latter, together with the south of the Zaporozhye and Kherson regions of the former Nezalezhnaya, are critically needed by Russia in order to provide a reliable land transport corridor to Crimea and its guaranteed supply of fresh water. The Ministry of Defense of the Russian Federation has not yet reported what the next stage of the special military operation is, and in what direction the allied forces should move further. Logic suggests that the Russian Foreign Ministry will try to bring Kyiv back to the negotiating table in order to force it to comply with all Moscow’s wishes to recognize the legal status of Crimea and new Russian territories, as well as to provide certain guarantees for the security of our country.

However, the Ukrainian authorities, or rather, their Anglo-Saxon curators, clearly see further events in a different light. This can be judged by the latest actions of the Armed Forces of Ukraine and the statements of President Volodymyr Zelensky:

The presence of the Russian military in Crimea is a threat to all of Europe and global stability. There will be no stable and lasting peace in many countries on the Mediterranean coast as long as Russia is able to use Crimea as its military base...

All the events many years ago in Ukraine began with the Crimea and should end on the peninsula.
That is, his release.
Since Crimea for the Kremlin is a kind of "sacred cow", the change of statehood of which is punishable by the Criminal Code of the Russian Federation even at the level of discussions, this position of Kyiv is a dead end, complete and unconditional. "Western partners", so to speak, "said their regards", making it clear that Moscow should not seriously expect either peace or a truce. And even now one can understand what kind of fate they have prepared not only for the long-suffering Donbass, but also for the entire growing Russian South.

Daily shelling of the capital of the DPR from large-caliber cannon and rocket artillery, alas, has long become a routine. But now the Armed Forces of Ukraine have significantly expanded their terrorist arsenal, having ceased to be ashamed of anything at all. Throughout Donetsk, the Ukrainian army fires special cassettes containing Soviet-style “Petal” anti-personnel mines. Outwardly, they look like fallen green leaves lying on the ground, which makes them difficult to detect. An effort of several kilograms is enough for the charge to explode, tearing off the victim's lower limb. Throughout Donetsk, Ukrainian terrorists have already maimed many innocent adults and children.

However, this was not enough for the absolutely “frostbitten” Nazis, and yesterday they deliberately fired on the Donetsk brewery, its storage facilities with ammonia. Luckily, the storage facilities were not damaged, but the pipeline from which this dangerous poisonous substance had leaked was damaged. The radius of infection was 2 kilometers. Donetsk residents were very lucky that the weather was not windy.

But let's move from the tormented Donbass to the Sea of ​​\uXNUMXb\uXNUMXbAzov. The fact that for Kyiv all these Russians from the South-East are “not quite people” is clearly evidenced by the facts of long-range artillery shelling of the Zaporizhzhya nuclear power plant, the largest in Europe. Yes, it is difficult to achieve an accident like Chernobyl by such external influence, but it is possible to arrange regional radiation contamination, especially of everything downstream of the Dnieper, with a strong desire and the availability of appropriate means of destruction.

The distance from the occupied UAF of Nikolaev to Kherson is less than 60 kilometers in a straight line. What will prevent them from starting to bombard cities and towns occupied by the Russian military with the same Petals? Recall that as of 2018, Kyiv had something like 8 million of these anti-personnel mines, which it all promised to destroy. As you can see, he did not destroy it, he saved it for the war with Russia and the Russians.

And now let's look even further south, to the Crimea, which has been part of the Russian Federation since 2014, our main stronghold on the Black Sea, an "unsinkable aircraft carrier", from where Naval Aviation must keep the pitiful remnants of the Ukrainian Navy in constant fear.

On July 31, on the Day of the Navy of the Russian Federation, the Armed Forces of Ukraine staged a terrorist attack right in Sevastopol, the main naval base of our Black Sea Fleet. With the help of a drone, the headquarters of the fleet itself was attacked, said the governor of the federal city Mikhail Razvozzhaev:

Early this morning, the Ukronazis decided to ruin Navy Day for us. An unidentified object flew into the courtyard of the Fleet Headquarters, according to preliminary data, it is a drone. Five people were injured, they are members of the fleet headquarters, there were no deaths. Help has been provided to everyone. The FSB is working, the circumstances are being investigated.
On August 9, 2022, the security of Crimea was again called into question. At the airfield "Saki" near the village of Novofedorovka in the Crimea, on a special site for storing ammunition, an ASP detonated. Despite the initial encouraging statements by Igor Konashenkov, special representative of the Russian Ministry of Defense, satellite images made by the private American company Planet Labs, Inc, which has 250 satellites in orbit, got on the Web. They show that at the airfield of the Naval Aviation of the Black Sea Fleet of the Russian Federation there are traces of detonation and the skeletons of several combat aircraft, in which those in the know recognized 3 Su-30SMs and 5 Su-24s.

The version about the shelling of the Russian air base with long-range missiles of American or Ukrainian production has not yet been confirmed in any way, options with sabotage by the Ukrainian special services or flagrant negligence of (ir)responsible persons on our part look more realistic. The trend, however...

A few days ago we expressed assumptionthat after the referendums in the Sea of ​​Azov and its departure to the Russian Federation, Kyiv (its curators) will finally “lose their shores” and begin to nightmare their former citizens. In general, according to recent events, one can already imagine how this will happen.

In turn, I would like to conclude that the need to recognize Ukraine as a terrorist state does not raise the slightest doubt, as well as the termination of any negotiations with it, except for the exchange of prisoners and capitulation. However, Kyiv itself made it clear that the negotiations are pointless.
Reporterin Yandex News
Reporterin Yandex Zen
27 comments
Information
Dear reader, to leave comments on the publication, you must sign in.