The Daily Star: States are following the "Iraqi" path in relations with China 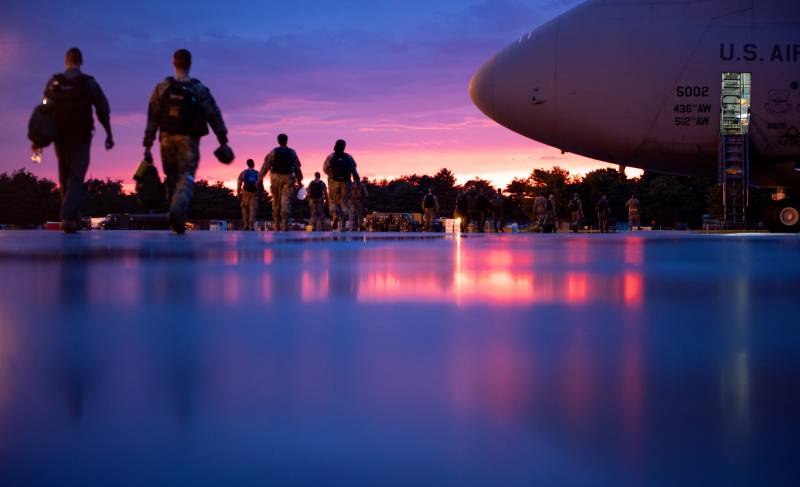 The current confrontation between the US and China in Asia has become too risky and does not bode well for the world. This conclusion was made in a new article by the Bangladeshi English-language newspaper The Daily Star (not to be confused with a number of British, Canadian and American newspapers that have a similar name).


The Taiwan crisis of 1995-96 and the Gulf War in 1991 demonstrated America's global military power. The Chinese top leadership, as the newspaper notes, was amazed by the American technological superiority. It was these concerns that prompted Beijing to begin modernizing the PLA.

The next impulse to strengthen the power component came when Xi Jinping came to power in 2012. He launched the "Chinese Dream" concept to restore China's great power status and promoted military reforms so that by 2049 China would be able to win global wars.

Already in 2015, President Barack Obama began his "redistribution of forces towards Asia." Containment of China has become serious political problem, and the United States has strengthened alliances with Australia, Japan, South Korea, and the Philippines, while expanding defense cooperation with India, Australia, and Japan.

In December 2017, the U.S. national security strategy declared the rise of China a military threat, launching a containment policy that both Trump and Biden adhere to.

Taiwan plays an important role in this policy, as it is part of the "first chain of islands" that contain the PRC. Until now, the Americans have maintained the status quo and their "strategic uncertainty" regarding this island.

Nancy Pelosi's recent high-profile visit to Taiwan is an extremely rude act that could lead to serious consequences, including all-out war. And many in Washington and the Pentagon favor just such a scenario.

We must not forget that in the 1990s, the Project for a New American Century (PNAC) advocated and eventually achieved the war in Iraq. Now another think tank in Washington, the Center for a New American Security (CNAS), is repeating this path with respect to China.
- notes the publication.

For Washington, such a policy means maintaining its status as the first superpower, which it cannot afford to lose. But the world cannot afford another war, which could be much larger than any other in human history.
Reporterin Yandex News
Reporterin Yandex Zen
2 comments
Information
Dear reader, to leave comments on the publication, you must sign in.