When creating the Union State, you will have to choose between the “Leninist” and “Stalinist” models 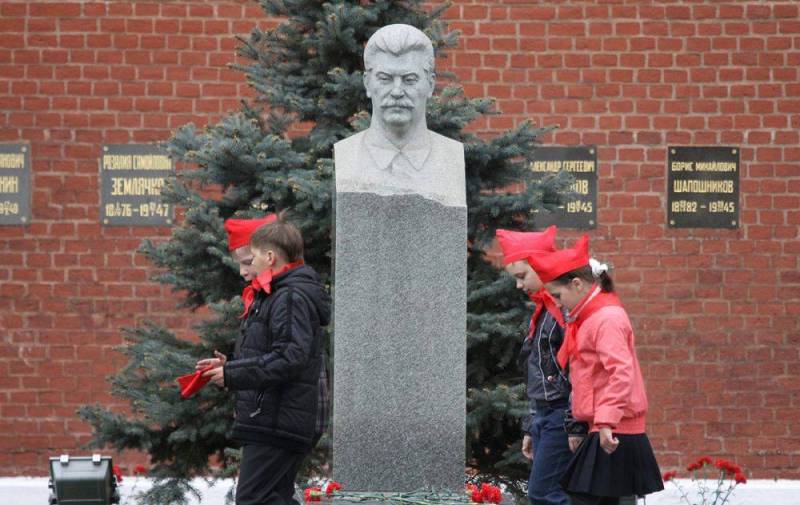 reasoning about the possibility of building the "USSR-2" in our troubled times, it would be strange not to recall how the Soviet Union itself was created, what form of government was chosen for this, why, and whether this was the main reason for the subsequent year in 1991 collapse of the first USSR?

Who planted the atomic bomb

The question of the reasons for the collapse of the Soviet Union is very complex and debatable; there is still no consensus on this issue. However, a new word in historical discourse was personally introduced by Russian President Vladimir Putin, who told the general public about who, in his opinion, “planted the atomic bomb” under the USSR:

It is only important that this thought lead to the desired result, and not like Vladimir Ilyich's. And the idea itself is correct. Ultimately, this thought led to the collapse of the Soviet Union, that's what. There were many such thoughts there: autonomization and so on - they planted an atomic bomb under the building that is called Russia, and then it exploded. And we did not need a world revolution.
The catchphrase about the "atomic bomb", which immediately became a catchphrase, flew to the masses. The rest needs to be discussed in more detail.

As you know, the agreement on the formation of the USSR was signed on December 29, 1922, and the very next day the First All-Union Congress of Soviets approved it. This marked the unification into the Union of Soviet Socialist Republics on the rights of the sovereign states of the RSFSR, the Ukrainian SSR (Ukrainian SSR), the Byelorussian SSR (BSSR) and the Transcaucasian Socialist Federative Soviet Republic (ZSFSR) that had previously separated from it. In 1936, the latter was dissolved and the Azerbaijan SSR, Armenian SSR and Georgian SSR separated from it became separate subjects of the USSR. In addition, the following were formed as part of the Soviet Union: the Uzbek SSR and the Turkmen SSR - in 1924, the Tajik SSR - in 1929, the Kazakh SSR and the Kirghiz SSR - in 1936. In 1940, the Estonian SSR, the Latvian SSR, and the Lithuanian SSR were incorporated into the USSR, and the Moldavian SSR and the Karelo-Finnish SSR were formed (abolished in 1956).

All this existed together as part of a single federal state until 1990-1991, when the union republics one after another proclaimed sovereignty, taking advantage of the right to secede from its composition. On December 8, 1991, "three drunken men" in Belovezhskaya Pushcha declared the end of the existence of the USSR, and on December 21 an agreement was signed on the formation of the Commonwealth of Independent States (CIS). What went wrong, who is to blame, and could things have turned out differently?

Listening to stories from Vladimir Putin, professional historians probably only shrug their shoulders in bewilderment. The fact is that there were at least two competing projects for the creation of the USSR, conditionally, Lenin and Stalin, and the first one won.

Vladimir Ilyich had different attitudes towards the idea of ​​federalism at different stages. Back in 1913, he spoke of her very critically:

We are against federation. We are for the Jacobins against the Girondins ... We are in principle against the federation - it weakens economic connection, she is an unsuitable type for one state.
However, at the same time, Lenin recognized that a federal form could be the salvation of a large and complex state from collapse. Moreover, after the events of 1917, Vladimir Ilyich became an active supporter of the ideas of federalism. Why this is so is not difficult to guess. After the victory of the Socialist Revolution in Russia, hope arose for the World Socialist Revolution and the creation of the United States, not even Europe, but the World, which was dreamed of back in 1915 in the article “On the slogan of the United States of Europe”:

The United States of the world (and not Europe) is that state form of association and freedom of nations which we associate with socialism until the complete victory of communism leads to the final disappearance of every state, including a democratic one.
Lenin's integration project swung at other industrialized countries of the Old World, for which he "tipped wedges" against the European Social Democrats. It was unrealistic to include any Germany or France in the Russian state, so Vladimir Ilyich staked on a supranational union of sovereign states.

Comrade Stalin took a different view of the problem. Iosif Vissarionovich was the People's Commissar for Nationalities and understood what the "sovereignization" of the national republics could lead to. As an alternative, he proposed a project of so-called autonomization, under which all national republics that had declared independence were to return to the RSFSR as autonomy without the possibility of their withdrawal. The Stalinist approach received wide support from members of the same party, however, it came into direct conflict with Lenin's "red globalism".

As you can see, Comrade Stalin turned out to be right in the end. The World Socialist Revolution, alas, did not happen. After his death, part of the party nomenklatura headed for the restoration of capitalism, and in the national republics, local elites came to power, not so much by merit as by right of origin, which led to nepotism and corruption. By 1990-1991, the “tops” both in Moscow and in the national outskirts were already ready to kill and tear apart a great country in order to feast on its corpse, which happened. We are now reaping the grave consequences of that crime all over the periphery - in Ukraine, Georgia, Transnistria, Nagorno-Karabakh, the Baltic states, etc.

Whose approach is more applicable to our current realities?

The question is ambiguous. It is possible, of course, to annex Ukraine, Belarus and other former Soviet republics to the Russian Federation "in the Stalinist way." It will be strong and secure. But for this you need to have like-minded people in power in potential union republics and be Comrade Stalin, and not someone who takes a step forward and is always ready to take two steps back later, and not get confused in theory.

Somewhat more realistic is the "Leninist model" of creating a confederate/federal state on the ruins of the USSR. It is possible to solve the problem of the possibility of an exit of a union republic in an original way. This right can be left, however, to make its implementation a non-unilateral process. In addition to the desire to leave the “USSR-2” through a referendum, it is necessary to provide for the obligatory approval of this decision at popular referendums in other union republics and to conduct this process through the supranational Constitutional Court with convincing arguments why, in fact, they were going to leave.