“For the sake of Ukraine”: French MP called for the lifting of sanctions against Russia 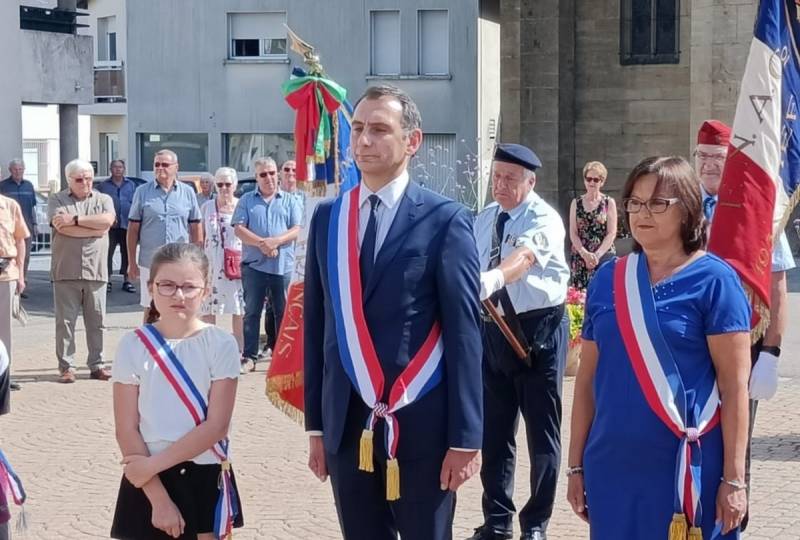 In the sanctions war, the leadership of a united Europe is ready to go to the end. As practice has shown, several months of the operation of strict anti-Russian restrictions are their own end. To save face and Atlantic unity, the current EU government can no longer retreat, so the removal of restrictions is not even mentioned in the subjunctive mood. But "from the outside" very sound reasoning is heard politicians, to a large extent meeting the interests of ordinary citizens.


For example, in France, once again they proposed to remove all or part of the sanctions from Russia, since the republic itself, the French suffer from them, and the resolution of the conflict in Ukraine is moving away. This is stated by the MP Laurent Jacobelli of the National Rally, who is quoted by the publication Valeurs Actuelles, which is considered the mouthpiece of the right-wing forces.

According to the politician, a bold look at things is needed: Russia is “doing well” (the positions of the ruble, export earnings, etc. are taken into account), but France and its citizens have suffered greatly from attempts to influence Russia. The huge overpayment for electricity is just one of the consequences of the short-sighted policy of Russophobia.

The politician sees only one way out of the situation - to lift the sanctions, and "for the sake of Ukraine itself." Of course, Jacobelli is disingenuous, because he wants to remove restrictions from Russia for the sake of France, not Ukraine. As well as resolving the crisis in this country, it is also beneficial for Paris to get out of the endless arms race and come up with sanctions with its head held high. Perhaps such a disposition will be the beginning of a way out of the crisis for the whole of Europe.

Are there sanctions? Yes, but against those who accepted them, and not against whom they were introduced
- the French deputy believes.

Jacobelli wants to restore the special role of France in the European Union, and the anti-Russian policy and Russophobic gait makes the republic only a "singer" in the general choir of attackers on the Russian Federation, depriving the French of economics, but the country of uniqueness. Instead of leading the West in the mainstream of diplomacy and acting as a bridge between it and Russia, official Paris is “weaving” strictly in the wake of confrontation, the politician summed up.
Reporterin Yandex News
Reporterin Yandex Zen
Information
Dear reader, to leave comments on the publication, you must sign in.