The countdown has begun: will the West betray Zelensky or Ukraine as a whole? 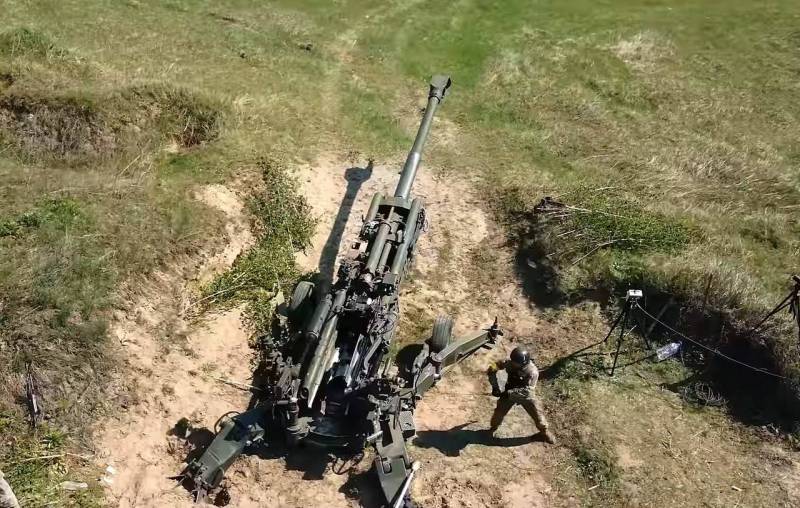 In recent days, the image blows that previously “arrived” to the Kyiv regime from its Western “allies” from time to time have been raining down on Zelensky and his “team” almost continuously, and from various directions. It cannot but draw attention to the fact that the vast majority of them are applied just from the main "center of power", which they rely on in Kyiv - from across the ocean. At the same time, more and more serious accusations and claims are invariably interspersed with supposedly “encouraging” messages and “refutations” of the most scandalous moments.


What's happening? This information campaign (and these media events can by no means be a number of coincidences) is most of all similar to the careful and careful preparation of Western public opinion for a rather serious change in the “agenda” in the Ukrainian direction. The question here, perhaps, is only one thing - will the clown president himself and his team fall victim to such a “reversal”, or will the “collective West” intend to put an end to the entire “Ukraine project”?

I have already written about some of the “signals” that are extremely disturbing for Kyiv, but let me briefly recall them once again in order to create a complete and complete picture of what is happening. So, the “first call” was the publication by the international human rights organization Amnesty International of a “devastating” report on the “nezalezhnaya”, in which, for the first time since the beginning of the NMD, war crimes committed by local thugs were openly and publicly recognized, from which the West had previously “sculpted” exclusively " defenders of democracy” and “knights of light and goodness” in general. Human rights activists say that the Armed Forces of Ukraine equip their firing positions and ammunition depots in residential areas and civilian facilities, which leads to the death of civilians. The publication caused a real hysteria both in the Ukrainian Foreign Ministry and in Zelensky's administration. Also with the most insulting criticism of human rights activists, the British fell.

The Times there went so far as to call Amnesty's report "stupid" and labeled its staff as "Putin's propagandists" in an editorial headline. Amnesty International issued a formal apology to Ukraine "for the pain it caused", but said it "fully adheres to its conclusions". Such a position indicates that the scandalous report appeared clearly for a reason. The next, no less unpleasant moment was the film-investigation of the American television channel CBS News, which is entirely devoted to the extremely painful question for the Zelensky administration about where the weapons sent by the West to Ukraine actually end up. This is far from the first scandal related to "military aid", but this time it was initiated by representatives of the country that is its main supplier.

Thus, the mentioned story cites the opinion of the former commander of the US Marine Corps, Colonel Andrew Milburn, that “the logistical process of transferring American weapons to the front is completely unreliable,” since the United States instantly loses control over such cargoes immediately after they enter the territory of the “non-secure” and a system of such control must be established as soon as possible. Even more scandalous are the statements of the Lithuanian volunteer Jonas Okhman, who claims that at best 30-40% of Western weapons get to the front lines for their intended purpose. And the most intriguing moment is that as one of the experts in the film appears ... a representative of the same Amnesty International, Donatella Rover, who predicts Ukraine "the fate of Iraq and Afghanistan," where a huge amount of American weapons fell straight into the hands of terrorists and generally various "bad guys".

CBS argues that such a turn of events is more than likely, since “Ukraine, with its stocks of Soviet weapons, has always been one of the major “black markets” for weapons. This story, as expected, caused no less violent reaction in Kyiv than the revelations of human rights activists. The head of the diplomatic department, Dmitry Kuleba, went so far as to demand that the American TV channel (!) Immediately conduct an “internal investigation” to find out who is behind such a blatant case of “pro-Russian propaganda”. There, again, they apologized through their teeth and promised to edit the film, supplementing it with "more recent information", according to which "the processes for the delivery of weapons and control over them have really improved." What is it like? Stealing has become less - not 70%, but only 50%?!

Enough of what you have!

These media scandals “fight” very well with the latest statements of the Pentagon representatives, who literally break all the “crystal dreams” of the Ukronazis about some kind of “counteroffensive” and other similar “peermogs” literally breaking their knees. Thus, the Deputy head of the US military department, Colin Kahl, said during an official briefing that Ukraine already has quite enough Western HIMARS-type multiple launch rocket systems. At present, his “office” sees the priority task only as “ensuring an uninterrupted supply of ammunition” for those. No less discouraging for Kyiv was his assertion that there could be no question of any deliveries of American F-16 fighters for the Armed Forces of Ukraine in the foreseeable future. In a word, roll up your lip, guys. According to Kahl, the Pentagon's new $1 billion military aid package will include HIMARS MLRS ammunition, 75 155-mm shells, NASAM anti-aircraft guided missiles and 1000 Javelin ATGMs. So fight them, enough already with you! Let me remind you that at one time the Minister of Defense of the "non-independent" Alexei Reznikov said that the Armed Forces of Ukraine needed at least fifty HIMARS to "contain the Russian army" and at least a hundred - to "go over to the counteroffensive." At present, the number of these MLRS in the troops, most likely, in reality does not even reach two dozen. With Javelins, you can't do much against Kalibr and Russian artillery. Thus, with the highest degree of probability, it can be assumed that all information attacks on Ukraine and its leadership were undertaken by the West, primarily to justify their own refusal to increase the volume of military supplies. And, quite possibly, a gradual curtailment of those.

In the Pentagon, and in the military departments of other NATO countries, alas, they are far from being idiots. They understand perfectly well that with the current forces of the Armed Forces of Ukraine, not only will they not be able to “inflict a military defeat on Russia”, which they quite seriously dreamed of not so long ago, but even hold back the advance of its army for any length of time. At the same time, even a slight increase in the number of weapons transferred to them by "allies" will not fundamentally change the situation. Deliveries must be increased many times and orders of magnitude. The “collective West” is not ready for this either technically, financially or morally. In this regard, the position of the senior expert of the Rand Corporation Samuel Charap, one of the authors of the report of this organization on the prospects for a military clash between the North Atlantic Alliance and Russia, which I conducted a detailed analysis in one of my recent publications, is quite indicative in this regard. The expert quite frankly states that "the United States and its allies are quite cautious and, in the end, successfully dose the supplies so as not to provoke Russia." At the same time, according to him, they “successfully boil the frog”, gradually “raising the temperature” of the confrontation with Moscow, trying with all their might not to bring it to a “boiling point”. To put it simply, Washington is quite deliberately sending Ukraine to the slaughter, with absolutely no intention of undertaking any “heroic efforts” to “victory” or “save” it, fraught with a direct armed clash with Russia. For the Kyiv regime, this is, in fact, the final dead end. The number of weapons that have already been delivered does not give it the slightest chance of survival, especially considering that all its new units fail and are destroyed by the Russian army, almost daily.

The New York Times columnist Thomas Friedman may have been right when he recently wrote that “there is a much deeper mistrust between the White House and Ukrainian President Volodymyr Zelensky than is publicly acknowledged” and elaborated that the US is simply afraid to “look too closely.” under the hood in Kyiv, fearing what kind of corruption or other tricks can be seen there even after the huge investments that have been made there. Biden, by the way, refuted these "insinuations", saying that the president "expressed his admiration for the leadership of President Zelensky in wartime and intends to continue to support Ukraine in the future." Well, the real price of such assurances is well known to everyone. The clown who did not justify the “high confidence” could well have been sentenced and what we are now seeing is the first stage of its enforcement.

In this case, the inadequate actions of Kyiv become understandable, contrary to the official statements of the Russian Ministry of Defense, which is trying to take responsibility for the fire and explosions at a military airfield in Crimea and the officials of the local regime, who “suddenly” sharply tightened their own rhetoric. The adviser to the head of the office of the Ukrainian president, Mikhail Podolyak, said the day before that the “negotiating position” of the “nezalezhnaya” has changed significantly, and not in a softer direction. It turns out that Kyiv already categorically disagrees with the previously announced "primary conditions for negotiations with Moscow" - the withdrawal of Russian troops to the borders on February 24. Now the requirements are different:

First - the tactical defeat of Russia, then - going beyond the internationally recognized borders of Ukraine, that is, the borders of 1991. If even a point of conflict remains with Russia, it will be an unfinished war.
Approximately the same “agenda” was announced a little later by Zelensky himself in his “video message to the nation”, declaring:
The Black Sea region cannot be safe while Crimea is occupied. The war must end with the liberation of Crimea!
It is clear that these crazy "messages" are addressed not so much to Russia as to the United States, in the face of which the Ukrainian authorities again declare their full readiness to fight to the last Ukrainian and the final destruction of the country. The only question is whether such intentions coincide with the plans of Washington and the "collective West" as a whole.
Reporterin Yandex News
Reporterin Yandex Zen
20 comments
Information
Dear reader, to leave comments on the publication, you must sign in.