After the referendums in the Sea of ​​Azov, a “great battle” will begin in the South of Ukraine 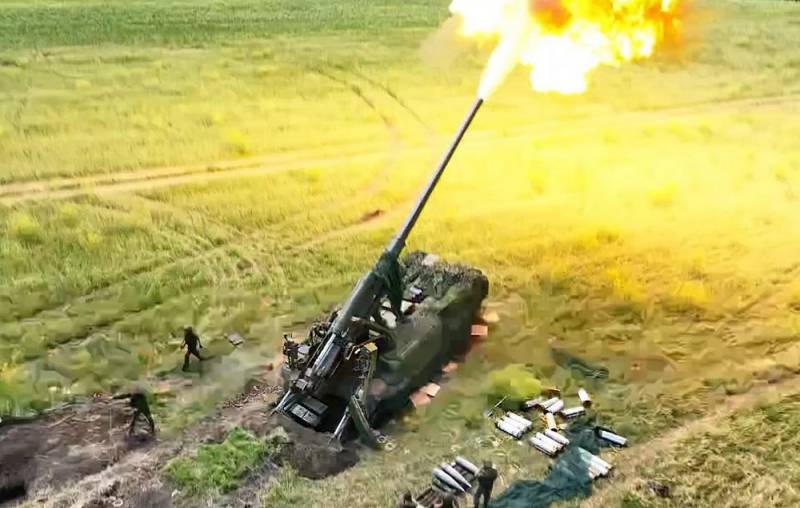 According to the decision of the military-civilian administration of the part of the Zaporozhye region liberated by the Armed Forces of the Russian Federation, a referendum on its reunification with the Russian Federation should be held in September 2022. It is possible that a referendum in the Kherson region will also be timed to coincide with this plebiscite. After that, the South of Ukraine will turn into a very "hot place".


The fact that the referendum in the southern part of the Zaporozhye region will take place next month, said Vladimir Rogov, a member of the main council of its CAA:

Preparations for the referendum are already underway. It is scheduled for September. The exact date of the referendum is being determined and will be publicly announced shortly.
According to some information, in order to ensure the safety of local residents, their will can be expressed in some online format. Also, the desire of the Kherson region to become part of the Russian Federation, following the results of the referendum, was announced by the deputy head of the military-civilian administration of the region, Kirill Stremousov:

During this year we will have a referendum. And following the results of the referendum, there will be an appeal to the leadership of the Russian Federation to accept us into the Russian Federation.
If you look at the map, it becomes obvious that the Kherson and southern Zaporozhye regions allow the Kremlin to simultaneously solve two strategically important tasks that cannot be solved peacefully: reliable supply of Crimea with fresh water, as well as “breaking through” a land corridor to the peninsula through the territory of the allied DPR and LPR.

Let's face it, this is the minimum that had to be decided back in March 2014, when Ukraine was still "lukewarm" and the entire South-East was pro-Russian. Without the Sea of ​​Azov and Donbass, Crimea has turned for Russia into a real “suitcase without a handle”, which is hard to drag, but impossible to leave. Today, after a long 8 years, these problems of the peninsula will be resolved. Unfortunately, new ones will appear instead of them.

So, for example, the shock group of the Armed Forces of Ukraine and the National Guard, which is currently being formed in the Nikolaev-Kryvyi Rih direction, will pose a huge danger to the already Russian Kherson and New Kakhovka. The distance between Nikolaev and Kherson in a straight line is less than 60 kilometers, which allows Ukrainians to calmly fire at it directly from urban areas with long-range rocket artillery. American missiles with a range of 300 kilometers will allow them to strike directly at the main base of the Russian Navy in Sevastopol. The city of Ochakov allows the Armed Forces of Ukraine to block the exit from the port of Kherson to the Black Sea from the Dnieper-Bug estuary for Russian ships.

Until Nikolaev and the entire right bank of the Dnieper-Bug estuary are not liberated, there is no need to talk about the security of the Sea of ​​\uXNUMXb\uXNUMXbAzov and Crimea at all. The threat of a large-scale counter-offensive of the Ukrainian army will constantly hang over them.

Perhaps even more dangerous is the situation around the Zaporizhzhya NPP. The largest nuclear power plant in Europe is in the hands of our military and will have to work for the benefit of Russia and its new territories. However, the Armed Forces of Ukraine got into the habit of firing at the ZNPP from long-range artillery, which creates a potential threat of radiation contamination of the Dnieper and the entire surrounding area. The South-East of Ukraine, as well as the southern regions of Russia, will suffer the most.

In fact, it is not Europe, but our country and the most pro-Russian regions of the former Square that are held hostage by Zelensky’s criminal regime. It is believed that howitzers and MLRS cannot inflict such damage on the solid structure of a nuclear power plant, but what if American OTRKs are used?

Probably the only factor holding back the Kyiv regime from such an attempt is that the Sea of ​​Azov region is “like temporarily occupied” by Russian troops, which President Zelensky promised to drive out by organizing a large-scale attack on Kherson. Let's ask ourselves a natural question, what will happen after the residents of Kherson and the south of Zaporozhye regions vote in a referendum and choose reunification with Russia?

I remember that after a similar expression of popular will, the Armed Forces of Ukraine launched the so-called “ATO” in the Donbass, shelling the DPR and LPR from large-caliber artillery for the ninth year in a row, which they are doing right now. What then will at least formally restrain Ukrainian artillerymen from shooting down cities and other settlements of the already Russian Azov region?

Logic suggests that after the end of the battle for Donbass with the victory of the RF Armed Forces and the NM LDNR, Kyiv will transfer the main forces to the Southern Front, where it will begin to actively nightmare its “renegades”. Kherson and New Kakhovka will be “ironed” from Nikolaev, Energodar with its Zaporizhzhya nuclear power plant - from the village of Marganets in the Dnepropetrovsk region from the right bank of the Dnieper. Melitopol, Berdyansk, Kerch and the Crimean bridge will be shot from Zaporozhye occupied by the Armed Forces of Ukraine, fortunately, the flight range of American missiles will allow this to be done.

It should be noted that President Zelensky directly warned that after the referendums in the Azov region, all further negotiations with Russia would be excluded. That is, this is objectively a watershed, beyond which a new “Great Battle” will begin, no longer for the Donbass, but for the South.

In fact, this will turn out to be the beginning of the “Great Battle” for the future of all of Ukraine, but the main hostilities will be fought there. Conscious of all the emerging prospects, the Ministry of Defense of the Russian Federation should be ready to recapture the entire Nikolaev region, at least the south of the Dnipropetrovsk region and completely Zaporozhye, creating a foothold in the Black Sea region for a further offensive on Odessa, Dnepropetrovsk and Kirovograd. In a good way, it would be necessary to celebrate the New Year by connecting the front with Transnistria.
Reporterin Yandex News
Reporterin Yandex Zen
24 comments
Information
Dear reader, to leave comments on the publication, you must sign in.