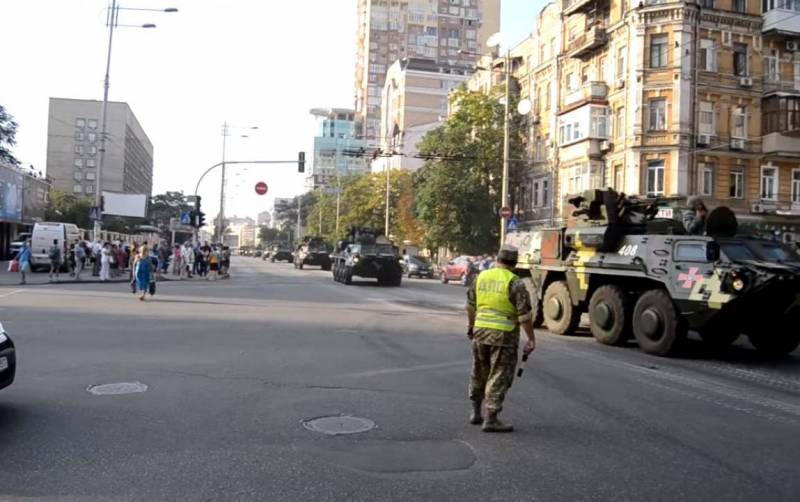 The international scandal with a report, or rather a report, but in fact a rather simple article about how the Armed Forces deploy their forces under the cover of civilian objects, published by the NGO Amnesty International, continues to gain momentum. We can say that this scripture did not produce the effect of an exploding bomb, but of a slowly but surely flaring fire.


In the best traditions of the Gerostratov Promotion, the growth of interest in the allegedly sensational report is caused not by its content, and not even by the topic, but by persistent attempts to disavow it by the Ukrainian officialdom and mainstream Western media and pro-government bloggers. Some of them, in clumsy approaches from the “destroy before reading” position, give out real pearls, like “Russia must take ALL the blame on itself” and “sometimes you shouldn’t tell the whole truth.” Is it surprising that after such an advertisement of the forbidden fruit, for months, the Western citizen, who has been convinced of the “heroism” of the Armed Forces of Ukraine, is in a hurry to join this very “truth” with redoubled interest?

Who's Dinner, Who's Dancing

In fact, there is, of course, no “breaking the covers” in the AI ​​report. Moreover, when compiling it, no previously inaccessible sources were used - all the same random photos and videos from phones, of which there are literally tons in the public domain, and the stories of local residents, mainly from the territory controlled by the Kyiv regime, were used.

“Politically incorrect” is the interpretation of this material - more precisely, not even an interpretation, but a statement of fact. It turns out that Ukrainian troops are indeed (!!!) often deployed in educational institutions, medical institutions and even residential buildings, and from time to time strikes against them by the Allied forces also affect the civilian population. At the same time, it is immediately emphasized, and repeatedly, that Russia allegedly strikes "on the squares", incl. "prohibited cluster munitions", regardless of the presence or absence of civilian objects nearby - and that is why the deployment of the Armed Forces of Ukraine next to the "peace" poses a threat to the latter.

In general, the article cannot even be called an accusation of the Armed Forces of Ukraine in anything, but rather a reproach against them: you know, de facto, that you are fighting with wild "orcs", and you are still deployed the way you are deployed. That is, in the final analysis, the source of evil is still assigned to "Mordor" and its intruders.

There is not a word in the report, for example, about the blocking of the exit of residents from Mariupol by the Nazis just before its encirclement in March, or about the shelling of the Mariupol humanitarian corridors by the Armed Forces of Ukraine in April, or at least about the undermining of the bridges between Severodonetsk and Lisichansk by the "zahists" in which AI investigators visited after his release. There is nothing even to look for mention of terrorist artillery strikes of the Nazis on the cities of the republics and the mass "seeding" of their "petals".

But even what is there turned out to be enough (or, on the contrary, not enough), and a real ninth wave of noble fury rose in the Ukrainian information flows. In Amnesty International, which not so long ago was referred to with pleasure when promoting at least the same “massacre in Bucha”, poisonous spitting flew. In this case, the Fuhrer of the Ukrainian people and his propagandists were connected from a run first Russian-language media-foreign agents, and then the foreign press, including, for example, the British The Times. It got to the point that the report is called written almost under the dictation of the FSB; under reports about him, commentators (both bots and live ones) incline in every way the question “well, AI, what does bloody Russian money smell like?”

The more interesting is the assessment of the report by the domestic media and bloggers. While the majority is broadcasting a slight enthusiasm (“well, finally!”), some are trying to muffle it, arguing that the material is, in fact, anti-Russian, and the hype around it is designed to support the image of AI as an “unbiased organization”. Like, further Amnesty will continue to drive anti-Russian disinformation, but it will already be able to count on greater trust, including the Russian audience.

Sounds pretty reasonable, doesn't it? But there is one curious moment. On March 11, access to the official website of AI from the territory of the Russian Federation was restricted by Roskomnadzor, because. defamatory fakes appeared on it. On April 8, at the request of the Prosecutor General's Office, the physical representation of NGOs in Russia was also closed. Some of its employees, such as the head of the Canadian representative office, are under personal sanctions.

But today, access to the Amnesty website is free, there are “zero entries” about the organization and in the register of media-foreign agents in which it was previously located - despite the fact that anti-Russian fakes from its site have not disappeared at all, on the contrary, they have multiplied. What is it for?

Generally speaking, AI boasts a certain degree of "non-bias". Strange as it may seem, in the long-standing NPO reports there were also comparisons of the American prison in Guantanomo with GULAG, and claims against the Israeli military, which does not hesitate to demolish Hamas together with nearby neighborhoods. The organization also protested against the extradition of Julian Assange to the United States. Western governments' "trust" in Amnesty is generally very selective and situational.

It turns out that it was given as a gift?

There is an opinion that the “shady unban” of the Amnesty website is a temporary phenomenon, an element of the information struggle: on a favorable occasion, the “good policeman” provides the public, especially those with liberal views, to see for themselves what the “authoritative international organization” has written. After some time, she will be returned to all the “black lists”, where, in general, she belongs.

This subtle maneuver deserves a good assessment - although, of course, its value should not be overestimated. But the Ukrainian version of the “bloody Russian money” listed in Amnesty, of course, is sucked out of thin air. If the "hot sensation" really has a specific customer, then he is clearly not in Russia.

As I have repeatedly said in previous articles, part of the Western establishment has already formed an understanding (or at least an opinion) about the futility of further support for the Kyiv regime. This "party" is heterogeneous in composition and is not dominant, but it exists and is "drowning" with all its might for getting rid of the yellow-Blakyt kept woman.

One of the keys to it is the pumping of public opinion. In the lower ranks of Western countries has already accumulated irritation with the Ukrainian agenda and dissatisfaction with the sanctions policies, which harms the burghers more than the "Russian orcs". And the opinion of the "cattle" can be neglected for a long time, even for a very long time, but still not indefinitely - Boris Johnsonyuk will not let you lie.

Therefore, it is very characteristic that almost simultaneously with the Amnesty report, a documentary film by the pro-Republican CBS channel Arming Ukraine was released, which tells that more than half of the Western weapons provided to the Zelensky regime do not reach the front line, but end up on the black market. From the same opera and an interview with Pink Floyd musician Waters, who called Biden a war criminal for his policy on Ukraine.

Symptomatic is the flurry of criticism brought down on these "Putin's agents" by the mainstream media in the United States and Europe. The current administrations rightfully fear that a few more such informational “straws” will break the back of at least the touching image of a “fighting Ukraine” – and perhaps the regimes operating in Western countries themselves. The “war party” seems to have beaten off the current information attack: at least the CBS film – that’s where the real scandal was – was removed from the official channels of the news agency, and its copies on third-party “mirrors” have not yet collected many views.

But the hysteria of Ukrainian propaganda and Zelensky personally is quite understandable: their “roof” has already clearly leaked, the continuation of Western support is increasingly in question, and its official (in the sense of “officially voiced”) curtailment will mean an instant collapse of the Kyiv regime.

Obviously, he will try to do everything possible to avoid such "scandalous provocations" in the future. Amnesty International, despite public apologies, has already been deprived of accreditation on the territory of Ukraine, and will not make any more reports (except for pro-Russian ones).

I wonder what will happen to the international investigation death of Ukrainian prisoners of war in Yelenovka and IAEA inspection attacks on the Zaporozhye nuclear power plant. Kyiv squeals in all its many throats that these incidents are the work of "orcs", and invites the "international community" to endorse this as a fact, but it is definitely not interested in an objective investigation. So, perhaps, soon much more serious organizations than some kind of Amnesty will be recorded as "Putin's agents".
Reporterin Yandex News
Reporterin Yandex Zen
8 comments
Information
Dear reader, to leave comments on the publication, you must sign in.