Russia should recognize Ukraine as a terrorist state first 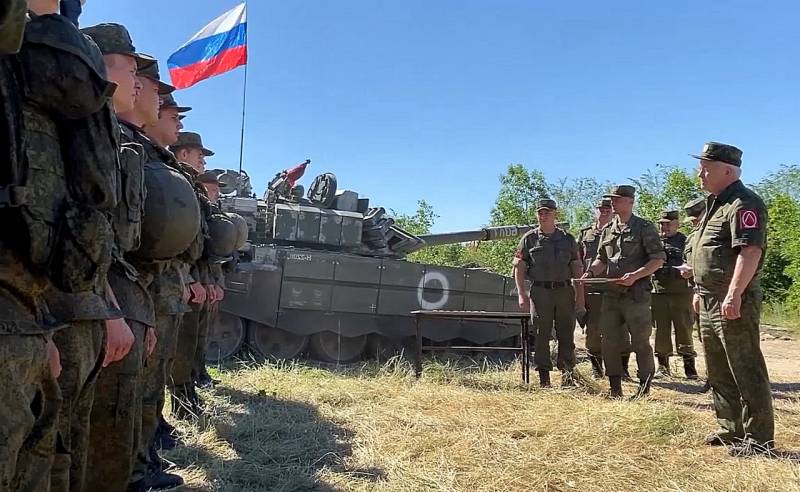 The Maidan of 2014, followed by 8 years of power of the Nazi regime in Nezalezhnaya, which naturally led to the start of a special military operation on February 24, 2022, became a terrible test for the fraternal Ukrainian and Russian peoples. For the blood shed, for all the destruction during the hostilities, in the end, someone will have to answer. The “extreme” always becomes the losing side, but Kyiv decided to work ahead of the curve by asking its Western masters to recognize Russia as a country sponsoring terrorism. How can Moscow respond to this?

On July 27, 2022, Ukrainian President Volodymyr Zelensky posted the following message on his account:

This morning I appealed to the United States of America to recognize Russia as a state sponsor of terrorism... The relevant resolution was approved by the US Senate committee, and the legal decision can be taken by the State Department. Such a solution is clearly necessary and should be supported by the entire democratic world. I told about this to the participants of the GXNUMX summit, which took place in Germany.
It is obvious that this initiative did not come from the “drug commander” himself, but was only voiced by him at the right moment. Back in early June 2022, the relevant committee of the US State Department began to study whether Russia meets the criteria for classifying it as a country sponsoring terrorism. Washington has been maintaining such a list for a very long time, and currently our respected partners - Syria, Iran, Cuba and North Korea - are on it. trend, however.

What will give Uncle Sam the inclusion of our country in this "black list"?

At first, this will further consolidate the anti-Russian alliance of the collective West, including through the NATO bloc.

Secondly, Washington will be able to exert powerful pressure on those foreign companies that are still operating in Russia.

Thirdly, imports, especially high-tech ones, to our country will decrease even more.

Fourthly, through an American court, it will be possible to impose multibillion-dollar fines on Russia for "sponsoring terrorism", which can be satisfied at the expense of those 300 billion dollars of our gold and foreign exchange reserves that are now frozen abroad.

Fifthly, Russian President Vladimir Putin could be excluded from the Foreign Sovereigns Act, which grants him immunity.

The US Senate has already passed a resolution calling on the State Department to recognize Russia as a state sponsor of terrorism because of its actions in Chechnya, Georgia, Syria and Ukraine. It should be noted that the head of the lower house of Congress Nancy Pelosi, who demanded that the US Secretary of State put our country on this “black list”, was especially active in this matter. According to The New York Times, Anthony Blinken himself is still resisting this initiative:

Blinken is resisting a move that could force him to impose sanctions on US allies doing business with Russia and could destroy the remnants of diplomacy between Washington and Moscow.
For how long?

Will we recognize terrorists later?

The assertion that modern Ukraine, under the rule of a Russophobic regime, is a terrorist state, does not raise any doubts. Born on the blood of the inhabitants of Odessa burned alive and the inhabitants of Mariupol crushed by tanks, the Nazi Evil continues to devour this unfortunate country, destroying everything around.

The fact that the Armed Forces of Ukraine violate the generally accepted laws of warfare, hiding behind their own fellow citizens, placing strike systems near residential buildings, settling in kindergartens, schools and hospitals, is recognized even by the highly biased international organization Amnesty International. The anger of official Kyiv was caused by the recommendation of Western human rights activists:

The government of Ukraine should immediately ensure that its forces are deployed away from populated areas or evacuate civilians from areas where the military operates.
The Ukrainian special services are openly terrorist activities in the territories of the Kherson and Zaporozhye regions already liberated by Russia, killing local residents who agreed to cooperate with it and work in the military-civilian administrations, establishing a peaceful life. During the bombings arranged by them, Vladimir Savluchenko, a representative of the Kherson Regional State Administration, Vitaliy Gur, Deputy Head of the Kakhovka District State Administration, and Vel. Burluk Evgeny Yunakov. The mayor of Energodar Vitaly Shevchik, the head of the CAA of Chernobaevka Yuri Turulev, the head of the Melitopol district Andrey Siguta, the representative of the CAA of Kakhovka Irina Makhneva, the head of the USIN of the Kherson region Yevgeny Sobolev were lucky to survive the Ukrainian terrorist attacks. For sure, this list of crimes will only grow.

Now the Armed Forces of Ukraine have begun systematically shelling the Zaporozhye nuclear power plant, which can lead to a radiation accident. Russian Defense Ministry Special Representative Igor Konashenkov called it "an act of nuclear terrorism." The Ministry of Foreign Affairs of the Russian Federation described what is happening as follows:

They chose not only the peoples of Russia and Ukraine as their target. In fact, they are taking hostage the whole of Europe and, apparently, are not averse to "set fire" to it for the sake of their Nazi idols.
Why Kyiv is playing with nuclear safety is easy to understand. The prospect of getting radiation contamination of the area should intimidate the inhabitants of the Sea of ​​\u2b\uXNUMXbAzov, who will soon have to vote in a referendum on the issue of joining Russia. It is also, undoubtedly, an element of nuclear blackmail in order to force the Kremlin to another unilateral "goodwill gesture": to leave Energodar, transferring the Zaporizhzhya NPP to the control of IAEA specialists in order to avoid Chernobyl-XNUMX. As the saying goes, you only have to bend over once...

Why does Moscow itself not recognize the Kyiv regime as a terrorist one? It is difficult to answer this question unambiguously. Perhaps because then there will be no one to sign a peace agreement with. If this is true, then this is a big mistake. We will talk in more detail about how and with whom it is necessary to negotiate on the post-war reconstruction of Ukraine. However, there is also a very positive moment that I would like to note.

A few days ago, the Ukrainian Azov Regiment was officially recognized by the Supreme Court of the Russian Federation as a terrorist organization, as Prosecutor General Igor Krasnov said:

The facts of the use of prohibited means and methods of warfare by members of "Azov" have been established. In the course of this work, we came to conclusions about the activities of Azov as a nationalist formation based on Nazi ideology and supporting extremist organizations banned in Russia.
Let us emphasize that the now recognized as terrorist "Azov" is not just some kind of "dobrobat". This is a separate special-purpose detachment as part of the military unit 3057 of the National Guard of Ukraine, which is financed from the country's budget and receives weapons through the Nezalezhnaya Navy. In other words, Ukraine as a state is itself a sponsor of terrorism.

The most correct solution seems to be to recognize the regime of President Zelensky as a terrorist one and stop conducting any negotiations with him, except for complete and unconditional surrender and the exchange of prisoners of war. This must be done first, proactively, otherwise the United States and its accomplices will label Russia as a "country-sponsor of terrorism". There is no third.
Reporterin Yandex News
Reporterin Yandex Zen
20 comments
Information
Dear reader, to leave comments on the publication, you must sign in.