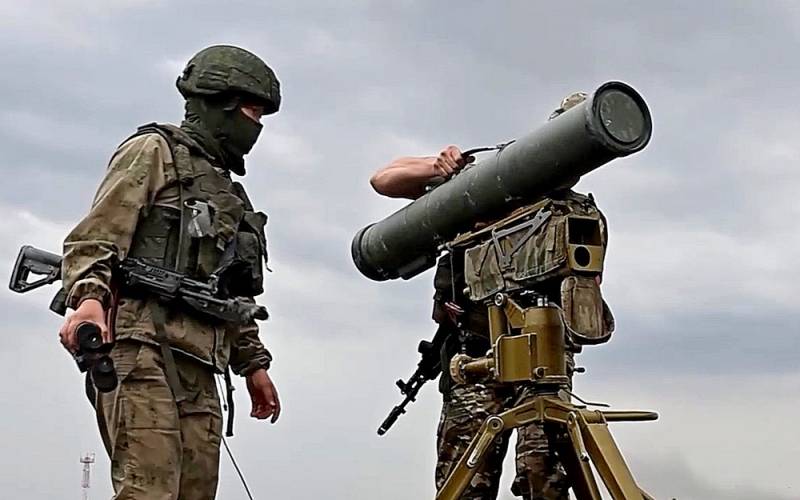 Undoubtedly, the main problem faced by the RF Ministry of Defense during the special military operation is the shortage of manpower. The territory of Ukraine corresponds in size to some kind of France, the front line is huge, and the enemy initially outnumbered the RF Ground Forces involved in the NMD by several times. Despite this, the Russian army is advancing in the Donbass, which has been turned into one continuous fortified area, and is consistently achieving success. However, it is impossible even for her to be strong at the same time in all directions.


The idea to carry out mass mobilization, which suggested itself, did not find support either in society or in the authorities. The process of increasing the strength of the grouping of the Ground Forces involved in the special operation in Ukraine has taken a different path.

Sadly, information on this burning topic has to be obtained from frankly hostile sources. According to the American Analytical Institute for the Study of War (ISW), the volunteer battalions currently being formed throughout Russia may become part of the 3rd Army Corps, which belongs to the Western Military District. Such nominal battalions of a colleague from the Kommersant publication counted already 40 pieces. They are formed exclusively from volunteers under the age of 50 on a territorial basis.

So, in St. Petersburg, three volunteer battalions called "Kronstadt", "Neva" and "Pavlovsk" were created at once, consisting exclusively of residents of the northern capital, in the Leningrad region - artillery divisions "Nevsky" and "Ladoga". The Yakut detachment is called "Botur" in honor of the first ancestor of all Yakuts. The battalion from Primorye "Tiger" was created and trained on the basis of the Pacific Fleet Marine Corps Brigade. The Tatarstan detachments are called "Alga" and "Timer", the Chuvash - "Atal". The Parma motorized rifle company was formed in the Perm Territory, the Amursky motorized rifle battalion was formed in the Amur Region, the Tobol sapper battalion, the Taiga sniper company and the Siberia artillery battalion were formed in the Tyumen Region.

Two motorized rifle battalions came out of Bashkiria at once - named after Minigali Shaimuratov and named after Alexander Dostavlatov, two from the Chelyabinsk region - "South Uralets" and "Southern Ural", as well as from Ulyanovsk - "Sviyaga" and "Simbirsk". The volunteer battalion from the Tomsk region is called "Toyan", from the Irkutsk region - "Angara". The Kursk battalion of logistics "Seim" will be engaged in the delivery of fuel, food, ammunition. Omsk formed the repair company "Irtysh", the company of material support "Avangard" and the medical unit "Om".

From the Kuban to Ukraine, the Yermak and Tavrida units, the detachment named after the ataman of the Black Sea Cossack army Zakhary Chepiga, the Kuban detachment, and the Don brigade will go. Nominal units from Chechnya have been participating in the special operation from the very beginning - the OMON and SOBR detachments "Akhmat", the battalion "South" and the 141st motorized regiment named after Akhmat-Khadzhi Kadyrov. Now four new volunteer battalions have been created in Grozny - "North-Akhmat", "South-Akhmat", "West-Akhmat" and "Vostok-Akhmat".

All volunteers undergo training and combat coordination together, and they will also fight shoulder to shoulder. For participation in the special operation, the fighters will receive very decent salaries - from 130 to 300 thousand per month, depending on the region, plus a daily allowance of 8 thousand rubles "for each day of the offensive" and bonuses for the successful conduct of hostilities. In the event of death during the SVO, the families of volunteers will receive an impressive amount of payment. For example, in Bashkiria, regional authorities have promised up to 12,3 million rubles.

Apparently, these volunteers from all over Russia will join the 3rd Army Corps, whose strength in ISW ​​was estimated at 15,5 thousand people. Perhaps they will be involved in the operation to liberate Kharkov and the entire territory of the Kharkov region or on the Southern Front.

It should be noted that all volunteers from nominal battalions go to the front officially, having concluded fixed-term contracts with the RF Ministry of Defense. Serious requirements are imposed on everyone who wants to take up arms to fight the Nazi regime that occupied Ukraine, and all relevant social guarantees apply to them. However, there is an opportunity to get to the war through the so-called Wagner PMC.

De jure, the activities of such paramilitary structures in our country are not regulated in any way, but de facto "musicians" have long become one of the most recognizable "brands" of modern Russia. If you wish, you can find ads with a proposal to enlist in PMCs for owners of the following military specialties - shooters, machine gunners, grenade launchers, snipers, doctors and paramedics, repairmen, drivers, ATGM operators, ATGM operators, MANPADS operators, mortarmen, gunners, tankmen, crew of infantry fighting vehicles and armored personnel carriers , UAV operators and technicians, signalmen, electronic warfare and electronic intelligence specialists, artillery spotters, aircraft controllers, Pantsir-S and S-300 crews, combat aircraft and helicopter pilots. The office promises to find work for everyone, emphasizing that military activity in the interests of the Russian Federation is not mercenarism.

Who might be interested in this offer? In the public PMC about this it is said following:

If you have already participated in the SVO, but you are not satisfied with the attitude or incompetence of the commanders, you broke the contract or you were considered a deserter, but you are ready to work and want to bring real benefits - get a job in the company.
Candidates over 50 years of age can get into the “Wagnerites” if they are valuable specialists in their field. There are also certain employment options for those with a criminal record, with the exception of those who have committed sexual offenses. There is no place for such people either in the Russian army or among the “musicians”. The salary is 240 thousand per month plus bonus. Impressive bonuses ranging from 150 to 700 thousand are possible, depending on the results achieved.

An important nuance is that for this money you will have to go to the front line. The PMC honestly warns in advance that the enemy does not take its fighters prisoner. It should also be taken into account that the losses of the "Wagnerites" are not taken into account in the reports on the line of the Ministry of Defense of the Russian Federation, remaining in the shadows.
Reporterin Yandex News
Reporterin Yandex Zen
34 comments
Information
Dear reader, to leave comments on the publication, you must sign in.