"China must be democratized": Americans on confrontation in Asia 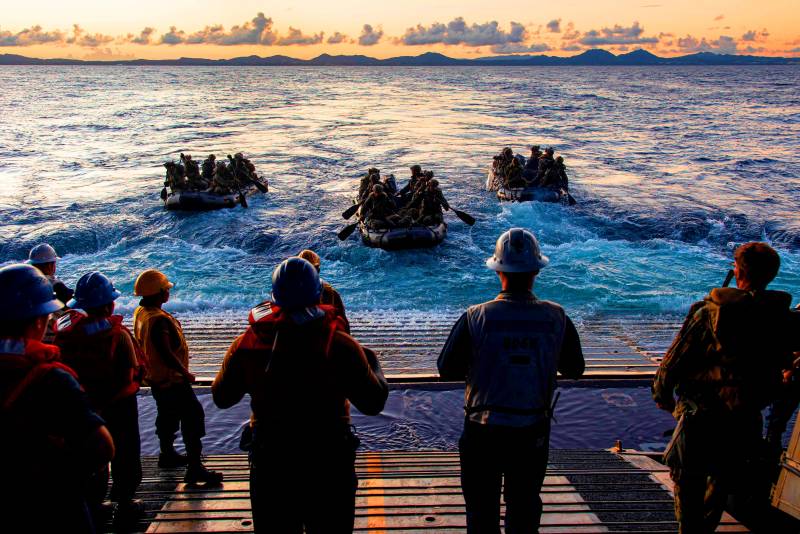 The American edition of The Boston Globe states that since the 1980s and 1990s, much has changed in relations between the United States and China, which has raised the stakes of a potential conflict between the superpowers over Taiwan.*


China currently owns the second the economy world and a much more powerful military than before, which "may make Chinese President Xi Jinping more courageous to challenge the United States."

Readers responded to the article:

No one is hostile to China as such - our anger is directed at the current regime, which is getting worse and more authoritarian every time. Many political Western moves were based on the idea that with the advancement of trade links and the freedom of movement of people, China would become more democratic. The opposite happened. The Chinese deserve freedom and want it, but the slightest dissent will land them in jail for years to come. The Chinese Communist Party is terrible, terrible, cruel. Pelosi was right to go to Taiwan, and we must guarantee the freedom of Taiwan. Look at the recent tragedy in Hong Kong. We cannot continue to manufacture most of our products in China. This regime must democratize or face the consequences
writes SAD04.

Why give Taiwan $4,5 billion when I see on TV that 1 in 6 American children are malnourished? And American veterans receive inadequate medical care. And the cost of college education is exorbitant.
writes Joker2020.

All Americans should become hostile to the CCP/PRC because China treats the US the same way. The problem is that we rely on China for many of the things that we used to produce in our own country. Unfortunately, if you offered the average citizen that we would produce all the iPhones at home, but their price would increase by 25%, he would say “thank you, but no.” We've made ourselves dependent on our biggest competitor and that's never a good thing.
- believes offshored.

Let's face it… China is a threat, and it didn't start yesterday. Stealing our Technologyasserting its role in Asia, undermining our economy, building up our military power, and now joining Russia and Iran. This Taiwan issue only highlights China's insidious campaign to undermine democracy. It's time to recognize the threat and fight it with all your might. This is a totalitarian regime... period
– expressed his displeasure tom77777777.

Why does the Washington military lobby hate the Chinese government?! It turns out they hate China and/or its leadership because they have become a capitalist success story. He moved forward, from weakness to strength. It turns out that the States themselves cannot stand this, unless the country in question is part of the "Washington Consensus" and does not submit to the dictates and expectations of Washington.
- writes clave.