Win without war: will the Kyiv regime collapse from economic problems? 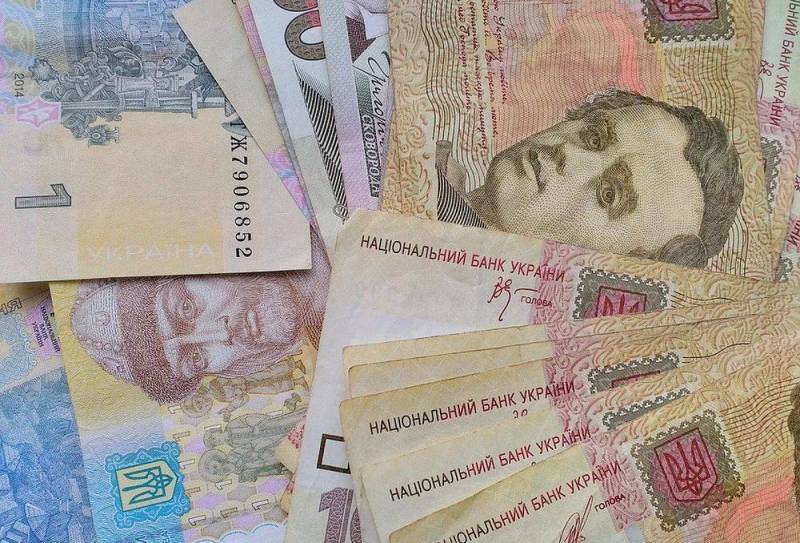 While writing down another of his own "appeals to the nation" the other day, Ukrainian President Volodymyr Zelensky again "ran into" his own Western "partners", and in an extremely harsh form. He, in particular, called the delay of the EU financial assistance for Ukraine in the amount of 8 billion euros "crime or mistake". We will talk about the fate of this tranche a little later, but for now we ask ourselves the question: “Is this, even if a very impressive amount, capable of saving the agonizing regime from complete and final economic collapse?”


At one time, many in Russia expressed the opinion that after a certain limit, hostilities within the framework of the special military operation being carried out in Ukraine could be suspended - after all, Kyiv would “fall on its own”, because “everything would fall apart there.” The prospect is very tempting, if only due to the fact that in such a case many human lives will be saved. However, how realistic is such a scenario and how close is the Ukronazi regime today to its collapse? economic and the financial system?

There will be no one to repay debts

So what do we have with another handout from the West, the delay with which infuriated the president-clown so much that they literally said the following:

I remind some European leaders that Ukrainian pensioners, IDPs, teachers and other people dependent on the budget should not be held hostage to their indecisiveness or bureaucracy. 8 billion euros of aid is now on hold. This is either a crime or a mistake. I do not want to name the country that slows down the process. I hope this is just a mistake...

The country that “slows down” is, of course, first of all, Germany, claims against which (and in the most boorish form) Kyiv does not get tired of expressing from the very beginning of the NWO. According to the European publication Politico, the European Commission is currently hard at work on a new draft agreement on the eight billion financial aid already promised to Ukraine. In accordance with the option now being discussed, 5 billion will be given as loans, and 3 billion as non-repayable grants. The whole point is precisely in the position of Berlin, which flatly refused to provide loan guarantees in the amount of 9 billion euros, stating that it is at least unreasonable to continue lending money to someone who is already sitting at the very bottom of a huge debt hole. France and Italy also do not believe in Kyiv's ability to repay the colossal sums that have already been lent to it. The Western “allies” of the Zelensky regime, who are now most concerned about how to survive the impending energy crisis in Europe, are becoming more and more aware that no one will most likely ever return the money they have squandered into the “non-essential” money. The situation in this case is rather paradoxical, but categorically disadvantageous for Kyiv.

It would seem - there is another "peremoga" - after all, as many as 3 billion full-fledged "Eurekas" will go to Ukraine free of charge or, as the local "intellectuals" say, simply "on the ball." That's how it is, but the whole point is that the flow of such grant tranches that the West gives, without even expecting to get it back, is rapidly drying up. Rather, one could count on loans, but that's just here the situation is very deplorable. At the end of July, the international rating agency Fitch downgraded Ukraine's long-term foreign currency rating from CCC to C. It also does not rule out a downgrade of this rating to RD (“limited default”) in the very near future. “A process similar to a default has been launched,” the agency concluded, after analyzing the statement of the Cabinet of Ministers of Ukraine on the need to delay external payments for two years. But these are not the most radical attempts of some Kyiv figures in the matter of "getting rid of the debt burden"! Let me remind you that in mid-June, a draft appeal was submitted to the Verkhovna Rada to Volodymyr Zelensky and the Cabinet of Ministers with a request to start negotiations with foreign creditor partners on writing off Ukraine's state and state-guaranteed external debt. If such ideas are in the air of the parliamentary session hall, things are going really lousy. At the time of the mentioned appeal, only the external debt of the “nezalezhnaya” amounted to about 1663 billion hryvnias or more than 56,8 billion dollars, by the end of this year almost 3 billion dollars had to be paid. Now these figures, of course, have increased significantly. Who will pay for such accounts, and most importantly, from what funds? The question remains open.

It will be cold, but there will be hunger

At the end of May, Prime Minister of Ukraine Denys Shmyhal spoke about the economic losses of the country as follows:

According to various estimates of experts, to date, 30% to 50% of the economy has been lost, and the forecast for a fall in GDP is 30-50%. On average, about 35% of the economy is not working today, respectively, the budget is executed from 50% to 75% of the planned peacetime budget. At the same time, spending on social, humanitarian needs, mine clearance has risen sharply... All these things form a budget deficit of $5 billion a month.

However, two months later, as July drew to a close, Zelensky’s economic adviser Oleg Ustenko made a much more pessimistic statement:


Our state budget has a monthly deficit of about $5 billion. And we planned that it would be 7 billion for the whole year, but we received it per month. I would expect that by the end of the year we will have a global budget deficit of about $50 billion. It will be about 30-35% of our GDP. This is a very big deficit. This is the problem of war. That is why there is such a deficit.

Against the background of these breathtaking figures, 3 billion euros of non-refundable financial assistance look like a mere trifle. A drop in the ocean, unable to fix anything and save anyone. It is not for nothing that analysts, whose opinions were published by the Financial Times at about the same time, agreed that a complete financial collapse awaits the “nezalezhnaya” already this fall. Advised to "immediately raise taxes" and "reduce non-critical items of expenditure." However, this is easier said than done. Kyiv is trying to do something similar right now, but all these measures have such serious and painful "side effects" that it is difficult to say whether they will lead to the opposite result instead of replenishing the budget.

Take, for example, the latest initiative of the Ukrainian Cabinet of Ministers - the introduction of a tax on all imported goods without exception in the amount of 10% of the cost. Good intentions, but they all lead to the same address ... There can be no question of any “support for domestic producers” indicated as an incentive motive - simply for the almost complete absence of such. The “nezalezhnoy” industry, which was far from flourishing even before the start of the NWO, has now simply ceased to exist - at least 90 percent of commercials. The vast majority of goods on store shelves are imported. The new tax, according to preliminary estimates, will cause an increase in consumer prices by 15-20% and an additional "jump" in the already galloping inflation. And also - an increase in the volume of smuggling and "gray" imports, from which the treasury will receive, of course, only a donut hole. Reduction of "non-critical expenses"? The lion's share of all budgetary funds is devoured, like the bloodthirsty Moloch, military spending. And, of course, the total, absolutely phantasmagoric corruption and theft of an entire army of scoundrels who earn money "in the war." Kyiv already cuts everything that is possible, starting, of course, with social benefits. However, it has already come to a very significant reduction in monetary remuneration for military personnel. After all, the army can scatter! However, so far this, alas, is not happening and it is hardly worth hoping that something similar will happen in the near future. Currently, the Zelensky regime is searching for any funds for the Armed Forces of Ukraine regularly. Another question is how long will it take to do it?

The winter approaching Ukraine, according to general forecasts and expectations, will be terrible. It is not for nothing that Zelensky himself, and all his accomplices of a lesser rank (like Podolyak or Arestovich) have recently been so zealously exaggerating the need to “achieve a turning point in hostilities before the onset of the autumn-winter period.” Then, they say, "everything will be even more difficult." This is not an entirely correct description of the situation. Then, most likely, the end will come. Kyiv is unlikely to be able to conduct a normal heating season in most areas - NJSC Naftogaz is already officially bankrupt, there are huge problems with both fuel and money for it. The hope for the "gas lend-lease" requested from the United States, despite all the promises of Washington, is something from the realm of fantasy. The food situation is no better. According to Zelensky himself, the current harvest in the "nezalezhnaya" is likely to be half the usual. Given the character's enduring penchant for overly optimistic exaggerations, it's safe to assume things are going to get a lot worse. And yet, food is being exported from the country in an endless stream.

Very real hunger and cold are indeed approaching Ukraine. What can this lead to? Of course, to a colossal social explosion, which will be fueled by the ever-increasing number of senseless deaths “on the front line” and the total, forced mobilization that is already reaching proportions. Reducing the volume of Western financial injections to a certain limit (or, moreover, their complete cessation) will collapse the financial system of Ukraine instantly. That's when everything really collapses. However, one more thing should be understood: it is completely unknown whether this will lead to the capitulation of the Kyiv regime and the victorious end of the North Military District, or to the emergence of a new “Makhnovshchina” in most of the “non-independence” bloody chaos, which, again, the Russian army will have to fight, since it will leave fragments of a neighboring country in such a state would be completely unacceptable - due to reasons and reasons that are completely understandable to everyone.
Reporterin Yandex News
Reporterin Yandex Zen
13 comments
Information
Dear reader, to leave comments on the publication, you must sign in.