Everything but the truth: it becomes more difficult for media-foreign agents to denigrate the NWO 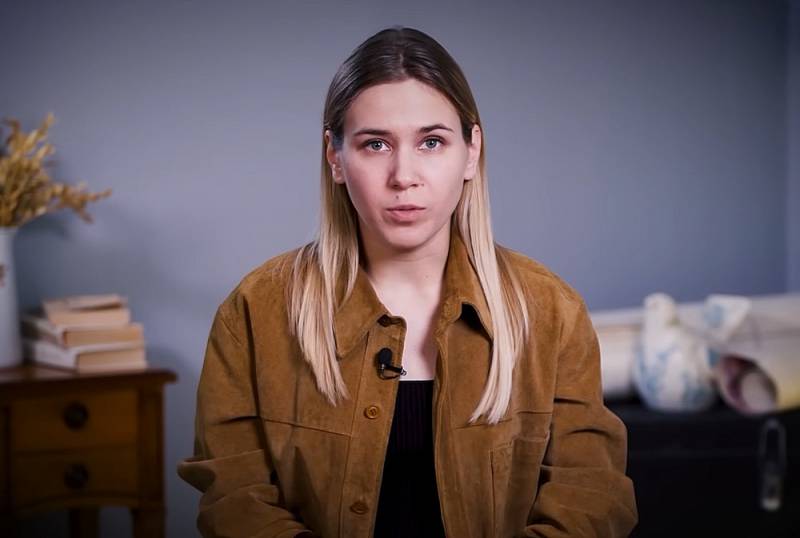 Maria Borzunova, a former employee of Dozhd*, hosts an anti-Russian broadcast on the French channel ARTE

After some growth in popularity in 2019-2020, which occurred against the backdrop of a surge of protest moods in Russia, the "BCHB-Maidan" in Belarus, passions for Furgal and similar hot political Meanwhile, the so-called "independent" (they are also "liberal", they are also "free", and to put it bluntly - pro-Western) media have experienced a noticeable decline.

After the arrival of the key figure of the Russian "opposition" and the idol of the youth - Alexei Navalny ** - for a long prison term and the defeat of organizations affiliated with him, these "information bureaus" were left literally without the main source of materials. In addition, after the “quarantine” year, the audience, tired of global turmoil, switched their attention from the political freaks that remained at large to some more pleasant topics. The tightening of state control also affected the "free media".

The start of a special military operation in Ukraine, on the one hand, breathed new life into the mouthpieces of the opposition, but, on the other hand, it complicated this life even more seriously.

With the beginning of the NWO, the "broadcasting network" of media-foreign agents has undergone noticeable changes.

However, the core remains the same - this is a "favorite" record about what a backward country Russia is, in which it is terrible to live. To the age-old troubles - corruption, devastation, poverty, police lawlessness, lack of freedom of speech and infringement of LGBT people for the protruding parts of the body - another one was added: "Zombies" supporting the CWO.

The traditional topic of lamentation for innocently fined or arrested activists is now devoted almost exclusively to lone picketers who come out to stand with signs of “anti-war” or pro-Ukrainian content. They are cited as an example of “good Russians” who need to be equaled, or at least feel guilty for not being equal - and therefore, being “wool”.

An “innovative” addition to the theme of “unwashed Russia” is “national flavor”: both current and retrospective materials about the heavy share of national republics and small peoples vegetating under the heel of Russian “colonizers”. It is characteristic that this topic began to be included in the agenda of media-foreign agents simultaneously with the appearance "national liberation" organizations-dummy, and there are special information projects focused on a particular ethnic group - as a rule, small ones.

The main new topic of foreign agency media is, of course, a special military ... sorry, "unprovoked Russian aggression against Ukraine." In general, it is not surprising that even publications and bloggers (such as The Village* magazine or urbanist Varlamov*) that were initially far from military-political matters suddenly began to cover news from the fronts and even specially increased their content production for this topic.

It is also not surprising that most of the “truth about the war” that they convey is a banal retelling of the victorious reports of the Ukrainian Wehrmacht, the very ones in which the Armed Forces of Ukraine are advancing uncontrollably, the “orcs” are fleeing, and the “separas” themselves are scattering mines in their cities and themselves but they are undermined in order to blame Ukraine for this. However, it’s not even always a retelling: the same Gordon and Arestovich are frequent guests of live broadcasts, where they talk about victories firsthand.

Another new topic, related to the previous one, is instructing the audience on the theory and methodology of organizing micro-, crypto-, info- and other types of “resistance”. Simply put, viewers and readers are taught how to mutilate walls with graffiti, puncture the tires of private cars with the letter "Z", set fire to military registration and enlistment offices, damage railway lines, and not get caught in the process. Such manuals slip through some “general profile” media, but there are also special “knowledge bases”, which also publish reports on the “exploits” of lone underground fighters (and how stupid Putin’s satraps catch and imprison the first people they meet, and real “Partisans” cannot be found, yes, yes).

The mass relocation of March-April gave rise to another rubric - in fact, advertising and recipes for a quick and hassle-free relocation somewhere to the democratic end of the world, most often to Eastern Europe. This topic was aimed mainly at young specialists in technical professions in order to support the notorious "brain drain" from Russia. Recently, the topic of resettlement has come to naught: those who wanted to, who could, have already left the country, and some even managed to feel the full depth of foreign hospitality and return back.

A separate line is the materials focused on foreigners, as a rule, in English. Basically, these are reports about the realities of "unwashed Russia", since there are enough sources of truth about the "defeats of the orcs" throughout Ukraine abroad and their own. However, some channels try to translate all their material into English, at least with some subtitles.

It must be said that, in general, the quality of the materials of the foreign agency media has dipped significantly. Previously, their main methods were tendentiousness and sophistry, they tried to feed the audience something that was not only plausible, but also withstands at least a superficial test. Now they prefer to take the amount of content, literally cover the audience with volleys of a known substance, and not hit with individual accurate shots. In principle, it is understandable: try, compose at least something “plausible” from the fantastic game of Ukrainian propaganda.

Rap is business, but I'm a businessman

But the main thing that the SVO gave foreign media is, of course, money. Western curators, who placed great hopes on tame talkers to destabilize the situation in Russia, increased their funding many times over. Who got it?

The terrarium of anti-Russian Russian-language journalism is inhabited by two main groups of slippery reptiles. The first is the initially pro-Western “opposition” media and bloggers, such as the Dozhd channel*, RTVI*, which was restarted abroad in Russia, the remnants of the FBK** media bureau, Kats*, Pivovarov*, Nevzorov* and others-others-others. They mostly operate under their own "brands". It seems that Mikhail Khodorkovsky*, now also a “popular blogger,” plays the role of not just “first among equals” in this kuble, but some kind of master of ceremonies, manager, including the master’s money.

The second category is defectors from the Russian federal media, such as the notorious Marina Ovsyannikova, Farida Kurbangalieva and others, about a heavy share of which has already been told. Most of these personal brand individuals do not have a personal brand, but they are well qualified, so they were gladly taken to the Russian-oriented divisions of the mainstream Western media, such as Deutsche Welle*.

Of course, this division is not strict. It is known, for example, that some of the former employees of the same Dozhd * went to the Western media, some opened their own YouTube and Telegram channels, and some of the “serious” journalists who disappeared from the Russian information field have not yet shown themselves in the foreign information field, at least At least under real names.

And who is watching, listening and reading all these wonderful people? According to a number of estimates, the total Russian-speaking audience of foreign media agents fluctuates between five and six million people in Russia and abroad; moreover, for the most part, this is an old client base, accumulated over the previous years of existence. Bans on the circulation of fakes adopted after February 24 seriously undermined the reach of foreign agency media, virtually eliminating the self-sustaining distribution of materials through social media reposts.

Actually, the pages of many such media in Russian social networks and their official websites were simply blocked. The future of YouTube in Russia is in question, as is the availability of VPN services that allow you to bypass blocking.

This forced foreign agents to switch to anonymous or private channels: instant messengers like Telegram, mailings via e-mail, various foreign platforms with individual access, often paid. Because of this, the audience of new foreign media, unless they are created by journalists or bloggers already popular with the "tusovka", does not exceed several thousand people - such, for example, are the channels of "national liberation" movements.

Objectively speaking, the results are modest. Most importantly, foreign media are failing in their main task - to raise at least some noticeable unrest directed against the Russian state system. Although quite impressive quantitatively, the audience of enemy mouthpieces when viewed only sublimates personal dissatisfaction with the existing order, but there are almost no people who want to throw their chests at some embrasure.

It is difficult to say how the results of foreign media's work are assessed by their Western customers. Of course, I would like them to be satisfied, and the money of foreign taxpayers continued to go into the whistle.