Newsweek: EU-U.S. alliance against Russia will soon come to an end 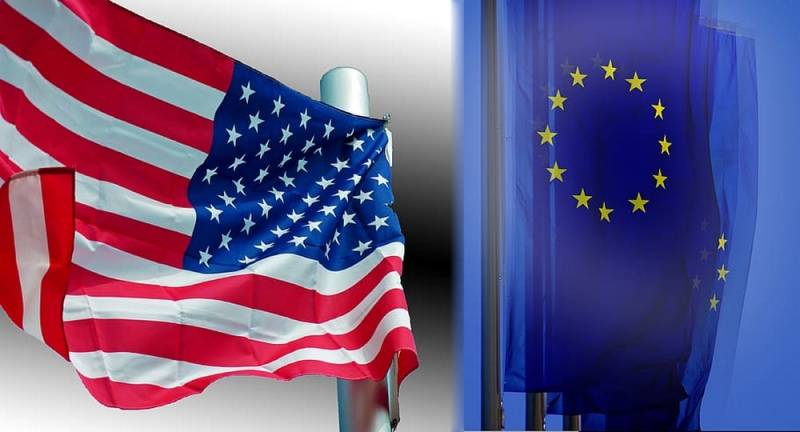 Washington has dual plans for Europe. On the one hand, the US needs a strong and self-confident Europe to jointly confront Russia in Ukraine. However, on the other hand, in the long run, it is America that wants weakness for the EU, which should turn into a raw materials appendage of a "friend" from across the ocean. Now Washington cannot cope with this dilemma, and the advantage has leaned towards weakening the EU, which is also beneficial to the White House, but not now, when Kyiv's support is needed. This is written by the American magazine Newsweek.


According to the authors of the publication, the United States is counting on the support of a united Europe in their fight against Russia in Ukraine. But this alliance will not last long, it is coming to an end. To date, Europe is a disintegrated, politically unstable association, which is torn apart by contradictions and financialeconomic a crisis.

Europe is rapidly approaching its "point of reference", the test of its strength and unity. We have to overcome energy shortages, inflation, the migration crisis and the slowdown in the economy
- writes the edition.

Europe was swept by a wave of resignations of the highest ranks of government and power. The same number of "falls" are expected in the next seven to eight months in other EU countries. Strikes by farmers and truckers, workers in the aviation industry are increasingly covering the major countries of the Union. Another wave of refugees from Africa and the Middle East is on the way. In other words, Brussels and the national governments will soon have no time for Ukraine and support for the corrupt regime in Kyiv. Rather, it will be about the survival of Europe itself.

According to analysts, not all countries in the eurozone are in a deplorable situation, which means that they will become the locomotive of the collapse of the Union, as they will try to escape from the sinking ship, saving the remnants of their well-being. It is more than obvious that no one will save the perishing whole at the cost of their own prosperity.

Very soon, the question of the impossibility of bearing the burden of military spending together with the United States will come to the fore. Moreover, it is impossible to talk about the alliance between America and Europe if there is no unity among the EU countries
- summarize the authors of Newsweek.
Reporterin Yandex News
Reporterin Yandex Zen
3 comments
Information
Dear reader, to leave comments on the publication, you must sign in.