Numerous Chinese missiles may be useless in the war with Taiwan 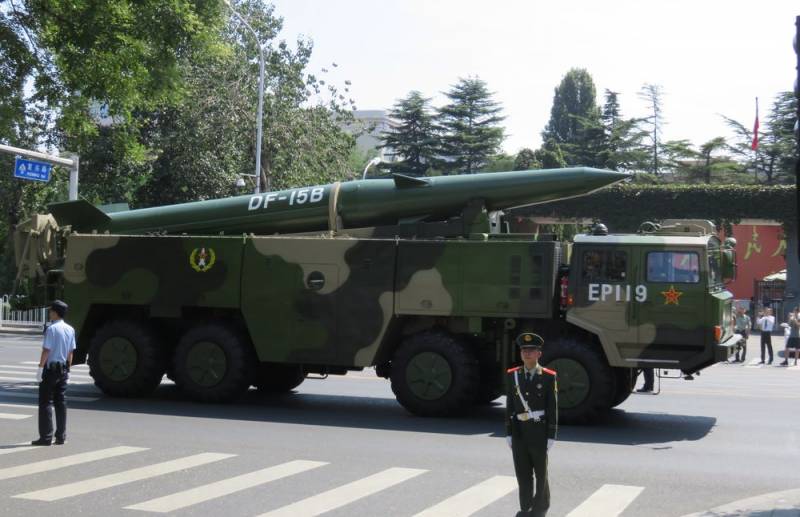 Beijing is gradually revealing its cards on "targeted military measures", previously declared in response to the provocative visit of a US delegation to Taipei on August 3rd. Expert Artem Maltsev decided to look into the details, who believes that the fourth crisis has come in the Taiwan Strait.


The Chinese Ministry of Defense announced the closure of certain areas of the sea and airspace near the island for exercises. The main "arguments", as before, are missile launches, the movement of ships, submarines and aircraft, as well as the development of a landing operation. Something similar was observed in the mid-90s.

At the same time, mainland Chinese media are trying to create an image of Taiwan under blockade on the Web, as if intimidating it with military power and hinting at the likelihood of an invasion. However, the Chinese did not shoot down the plane with the Americans, although the inflation of the hysteria of militarism and patriotism was no less.

In reality, the closest exercise areas to the southwest and northeast of Taiwan are missile arrival zones, while the air force and navy are likely to keep aloof. The PRC even defiantly moved one of the "arrival squares" deep into the territorial waters of Taiwan, emphasizing that Beijing does not recognize the sovereignty of the island and "China is one and indivisible." 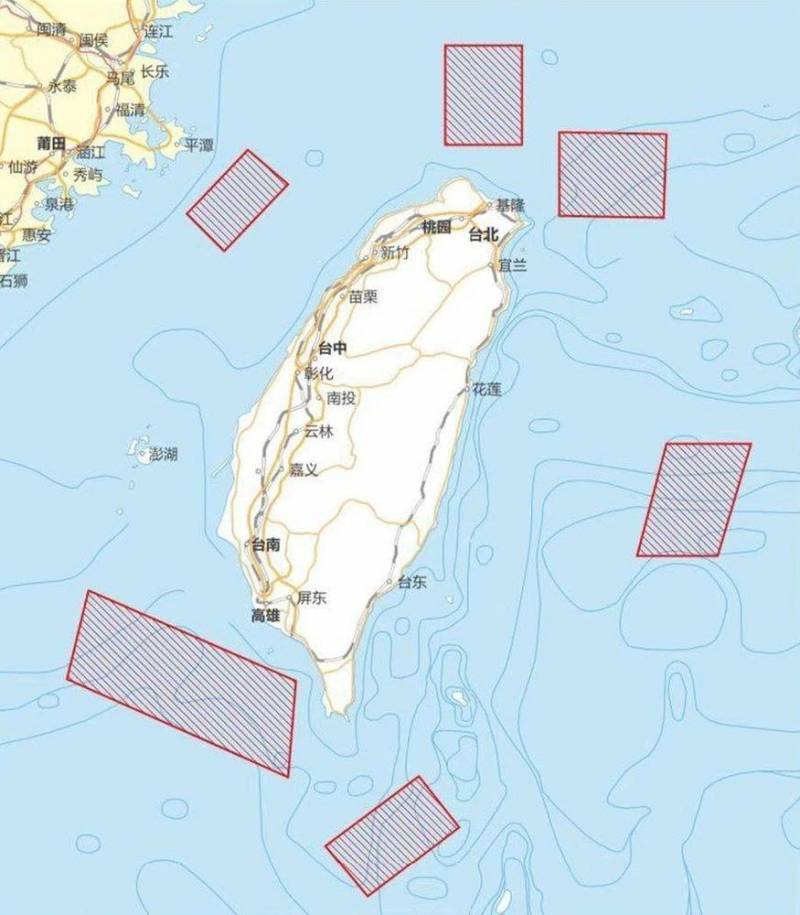 But in any case, the Chinese leading "comrades" did it with the utmost gentleness and precision, making more hostile attacks on the United States. This is despite infographics circulating on Chinese social media to intimidate Taiwanese. 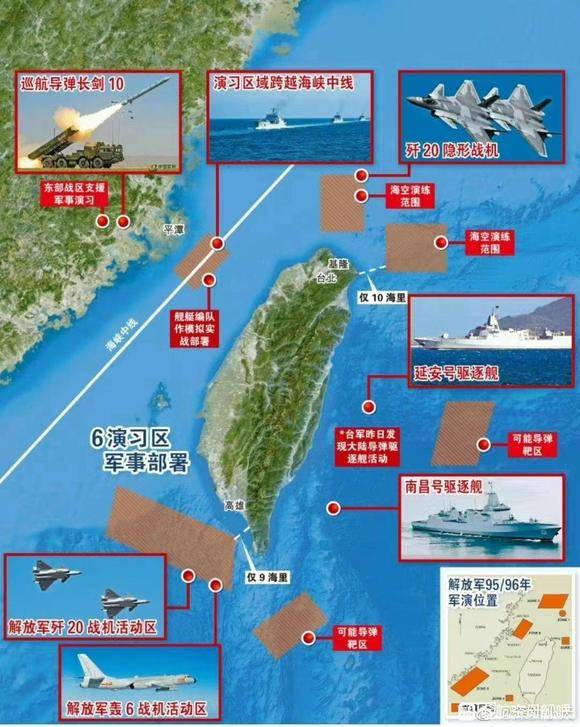 The expert drew attention to the fact that over the past 11 hours, at least 11 launches of short-range operational-tactical ballistic missiles of the Dongfeng class DF-300 (range 800-15 km) and DF-1000 (up to 1,5 km) of the PLA were recorded. The PRC should have about XNUMX thousand of such ammunition.

In addition, the latest wheeled MLRS PHL-16 of 370 mm caliber has already taken part in the firing. This weapon system was specially designed for more effective shelling of the shrew island from the coast of the mainland. In the near future, even launches of the "aircraft carrier killer" - the DF-21D and the medium-range ballistic missile DF-26 (more than 5000 km) can be expected. The PLA can even demonstrate the launch of the DF-17 with a newfangled hypersonic glider.

It would be interesting to see the results of tests of these missiles against mobile surface targets, but, frankly, it is doubtful that the Chinese towed the target ship to the desired area in advance
- the expert specified.

According to the expert, today China's missile arsenal is a kind of unknown ratio between large-scale samples of complexes of past generations and their more modern and advanced counterparts. Therefore, mass launches of DF-16 and DF-21 may indicate Beijing's confidence that its arsenals are full of the latest missiles.

In any case, the islanders can only enjoy the fireworks: despite Taiwan having a fairly advanced missile defense system (Patriot PAC-3 and local Tien Kung-III), it still falls short of the firing areas
- he explained.

From a military point of view, it is already clear that PLA missile launches will not bring anything fundamentally new. Numerous mainland Chinese missiles may prove useless in a war with Taiwan. The possibility of massive strikes on the island has long been considered one of the main trump cards of the PRC in the event of an escalation of the conflict. However, experience shows that even with the objectively limited usefulness of missile defense systems, scattered in cities, they are able to well reduce the effectiveness of such strikes, while maintaining stability, the expert summed up.
Reporterin Yandex News
Reporterin Yandex Zen
8 comments
Information
Dear reader, to leave comments on the publication, you must sign in.