Responsible for the Turkish "Bayraktar" colonel liquidated in Ukraine 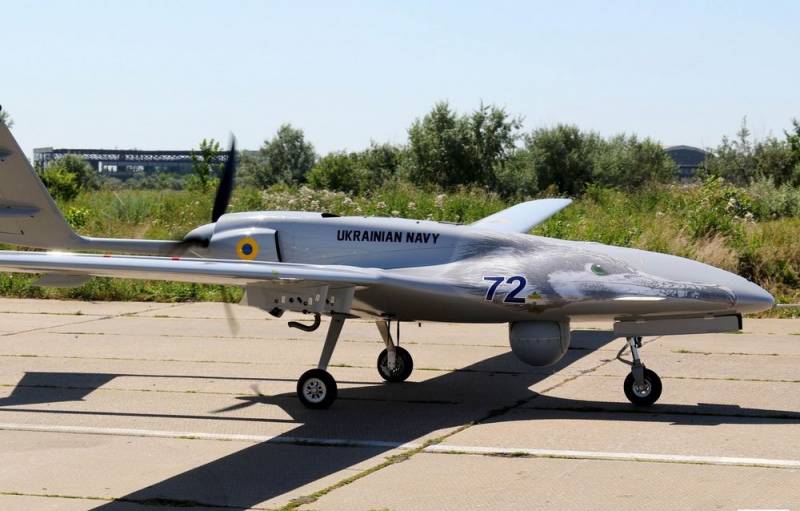 In the process of conducting a Russian special operation on Ukrainian territory, Colonel Ruslan Tyukh was eliminated from the headquarters of the Ukrainian Air Force Command. He was the person in charge of the Turkish-made Bayraktar TB2 UAVs, which are equipped with the Armed Forces of Ukraine.


This became known on August 2 after the publication of the decree of President Volodymyr Zelensky on rewarding Ukrainian servicemen. Among them was Tyukh, who was posthumously awarded the Order of Bohdan Khmelnitsky II degree. 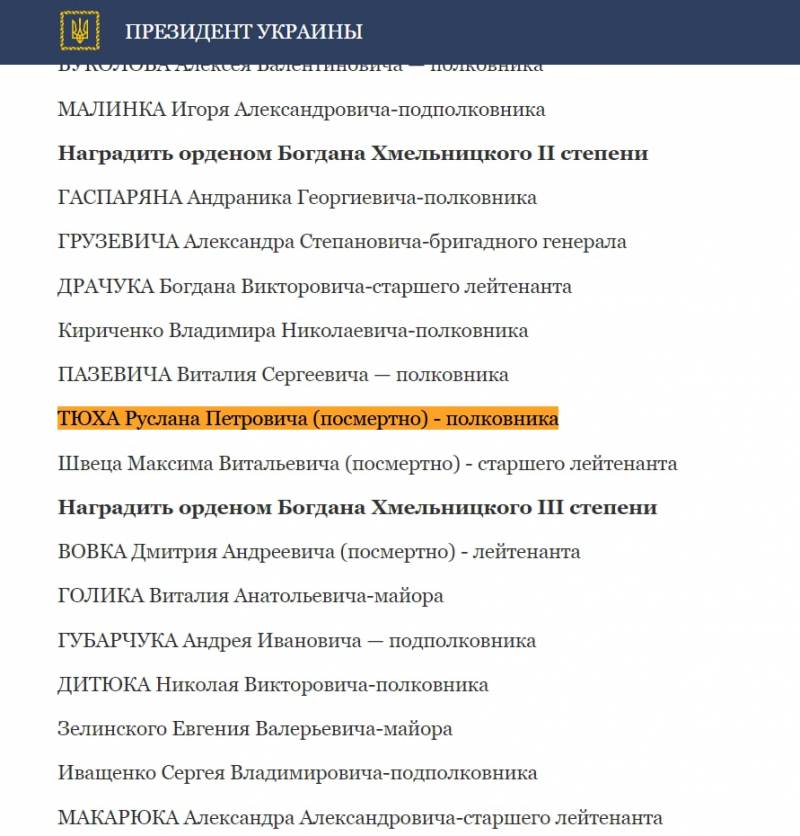 The document itself of the head of state did not say where Tyukh served. However, users of the LostArmour resource were able to find a lot of interesting information about him.

It turned out that at the time Captain Tyukh served as the commander of an aviation detachment in the 383rd separate regiment of remotely controlled aircraft (383 OP DULA, military unit A3808), where he was awarded a certificate of honor from one of the regional state administrations. 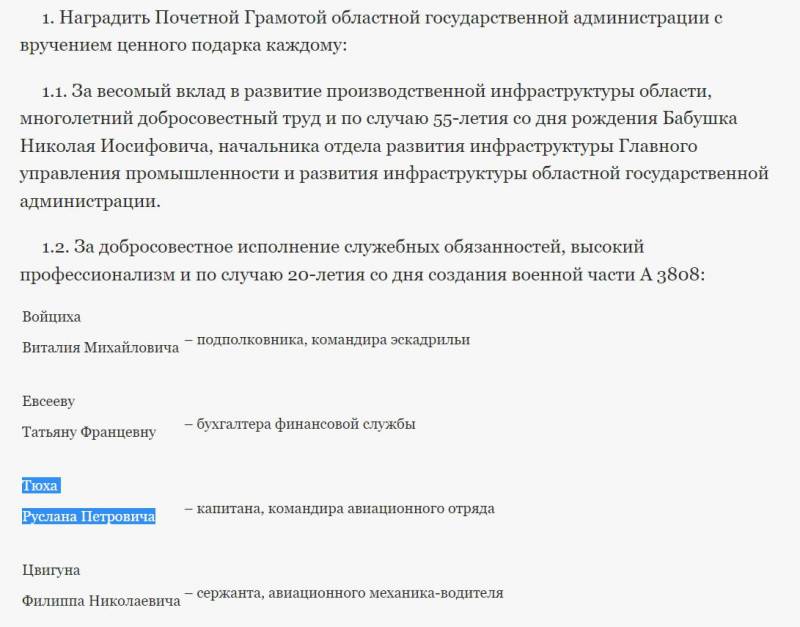 In 2019, already a lieutenant colonel, Tyukh, as the head of the unmanned aviation department of the Ukrainian Air Force command headquarters, was sent to Turkey for retraining on reconnaissance-strike Bayraktars supplied to Ukraine. 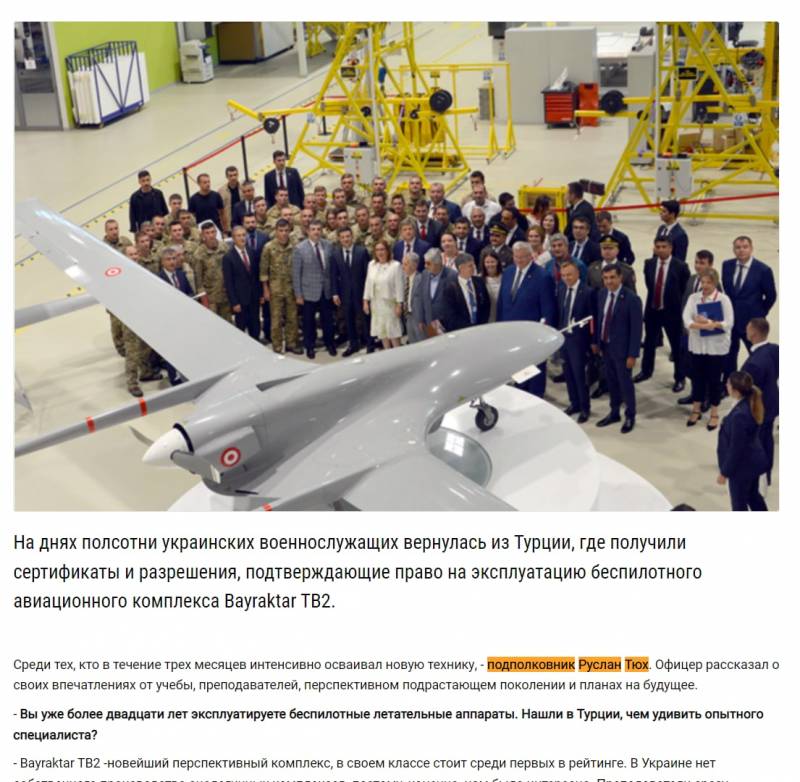 At the same time, it is not known where and under what circumstances an officer, a specialist in the use of unmanned aerial vehicles, died. But with a high degree of probability, it can be assumed that this happened either at one of the headquarters or at the UAV control center due to the impact of weapons of destruction of the RF Armed Forces.
Reporterin Yandex News
Reporterin Yandex Zen
2 comments
Information
Dear reader, to leave comments on the publication, you must sign in.