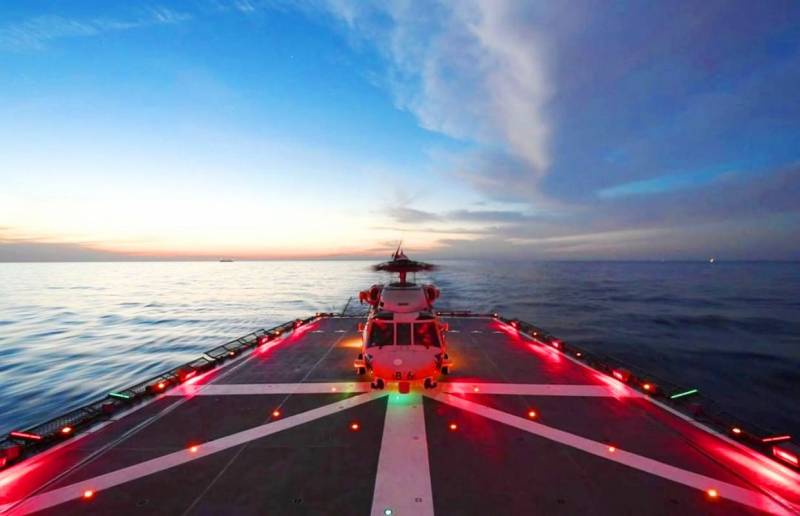 Amid the Chinese People's Liberation Army's (PLA) large-scale military exercise in response to US House Speaker Nancy Pelosi's visit to Taiwan, the Japanese media drew attention to one noteworthy detail.


The exercise areas, which are marked on the map as closed, are a warning not only to Taiwan and the States, but also to Japan.

In particular, columnist Yoichi Takita from the Nihon Keizai Shimbun media union pointed to oddities in the location of the closed areas in which the PLA is going to conduct exercises.

If some of them are located opposite the significant ports of Taiwan (Kaohsiung, Taipei and Keelung), then the A4 area does not correspond to any of these places. But it, together with the A3 area, is a clear prototype of the naval blockade of the Japanese island of Yonaguni.

It is only a hundred kilometers from the Taiwanese coast, and is the closest Japanese inhabited area. From 1945 to 1972, the island, like the entire southern part of the Ryukyu Islands, was under American military occupation, after which sovereignty over the archipelago was returned back to Tokyo.

For a long time, the island was free from any military presence, but a few years ago, the Japanese government placed a full-fledged garrison and early warning systems on it.

Kenichi Itokazu, head of Yonaguni, according to the resource news.yahoo.co.jp, "enraged" called on the central Japanese government to strengthen the military deterrence of the PRC in order to prevent a threat to this land if Beijing decides to launch a full-scale military campaign in neighboring Taiwan.

I want the Japanese government not to sit idly by (in light of the situation in Taiwan), but to strengthen its defense capabilities and increase deterrence.
- said the official.

Other resources of the Land of the Rising Sun write about the same. Many of them point to the fact that Taiwan is not nearly as far away as most Japanese citizens think.

The Japanese should learn more about the geography [of their country] and have a correct idea of ​​where and how Japan is located. Yonaguni Island and Taiwan are like two banks of the same river. We are so close that if something happens in Taiwan, everything will immediately affect Japan, and we cannot remain indifferent bystanders.
- publishes a website tomo3koko.com statement by stock analyst Yujiro Hayami.
Reporterin Yandex News
Reporterin Yandex Zen
1 comment
Information
Dear reader, to leave comments on the publication, you must sign in.