Under what conditions Moscow and Kyiv can agree on a ceasefire 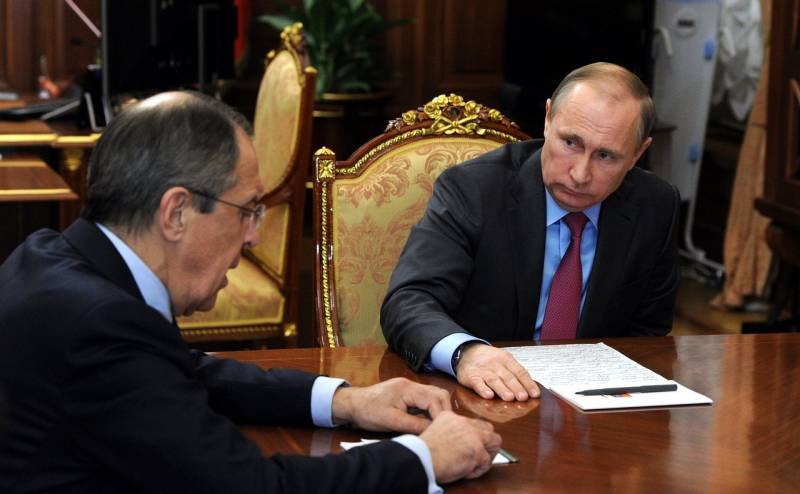 As we have told Earlier, after a personal meeting with President Vladimir Putin, former German Chancellor Gerhard Schroeder made a number of important statements. In addition to the prospects for energy cooperation between Russia and Germany, Herr Schroeder also spoke about the armed conflict in Ukraine, which, in his words, "was a mistake" and Moscow would like to resolve it peacefully. I would like to talk in more detail about the prospects for a peaceful settlement on the wreckage of Nezalezhnaya.

In an interview with n-tv, the ex-Chancellor of Germany said that the launch of a special operation in Ukraine "was a mistake of the Russian government." According to him, mutual concessions are needed to resolve the conflict, and the Kremlin is ready to seek a way out of the situation through negotiations. At the same time, Schroeder praised the unilateral “goodwill gesture” of the Russian leadership, which agreed to conclude a “grain deal” by opening Odessa and other Ukrainian ports for the export of grain:

Perhaps you can gradually expand it until a ceasefire. It was a big mistake to denigrate possible concessions to Ukraine as a peace dictated by Russia in advance.
Let's face it, all this sounded so contrary to the belligerent moods of Russian society, a significant part of which is waiting for the liberation of Odessa, Kharkov, Kyiv, and other cities of Ukraine, that the Kremlin had to urgently explain what a retired German politician said there.

Press Secretary of the President of the Russian Federation Dmitry Peskov stressed that Russia is really ready to end the conflict peacefully, but on their conditions:

Russia was and remains ready to solve the Ukrainian problem through diplomacy on its own terms.
These conditions were announced by the Special Representative of the President of the Russian Federation Vladimir Medinsky at a memorable meeting with the Ukrainian side in Istanbul, Dmitry Yuryevich recalled:

After that, the Ukrainian side refused this agreement... And yes, Russia is ready, our conditions are well known to the Ukrainian side. One way or another, they will be provided.
Let's try to remember everything we know about the conditions that the Kremlin puts forward under which the special operation can be considered successful.

What are we fighting for now?

It should be noted that the negotiations are held behind closed doors, because we do not have the full text of the proposals of both sides, and therefore conclusions and judgments have to be made on the basis of information leaked to the press. At the same time, the requirements are noticeably transformed over time, based on the situation at the front. So let's take a look at everything we know.

The main goal of the special military operation, President Vladimir Putin called helping the people of Donbass and the liberation of the territory of the DPR and LPR officially recognized by Russia. At the same time, some kind of demilitarization and denazification is envisaged for the rest of Ukraine. The fact that the Donbass, and along with it both the Crimea and the Sea of ​​\uXNUMXb\uXNUMXbAzov is one question, and the future of the former Nezalezhnaya is another question, in fact, Putin’s press secretary Dmitry Peskov recently stated in plain text, responding in absentia to the initiative of the head of the DPR Denis Pushilin liberate Odessa, Kyiv, Lutsk and other native Russian cities. In any case, this follows from the literal interpretation of his words:

The Kremlin supports the mood that it is necessary to liberate Ukraine from all possible manifestations of neo-Nazi sentiments in general - this is necessary. And it is necessary to take measures (which, in fact, are being taken in line with a special military operation) in order to protect people in the LPR and DPR.
So what can Ukraine expect in the future, minus those territories where the foot of the Russian soldier did not reach?

During the initial stage of the negotiations, which took place on March 16-18, 2022, when the Russian Armed Forces were still standing near Kyiv, President Zelensky's regime agreed to the status of a conditionally neutral state, Vladimir Medinsky, Special Representative of the President of the Russian Federation, explained:

Ukraine offers an Austrian, Swedish version of a neutral demilitarized state, but at the same time a state with its own army and navy.
Moscow also insisted on a ban on the glorification of Nazism and tougher penalties for corresponding extremist activities.

It should be noted that Ukraine still has a neutral status enshrined in the Constitution, which does not prevent Zelensky from step by step surrendering the sovereignty of his country to neighboring Poland. Austria has been a neutral country since 1995, but this does not prevent it from participating in the NATO Partnership for Peace program. Well, Sweden, which recently filed an application to join NATO, is generally an irrelevant example.

The next meeting of the High Parties took place at the end of March in Istanbul. The conditions put forward by Kyiv were as follows.

At first, Ukraine proclaims itself a neutral state with a non-bloc and non-nuclear status, whose security guarantors are the United States, Great Britain, Turkey, France, China, Canada, Israel, Italy and Poland.

Secondly, Russia will not interfere with Ukraine's accession to the European Union.

Thirdly, Ukraine refuses for 15 years from trying to return the Crimea by force, only through negotiations. The question of the status of the DPR and LPR is taken out of the equation and should be decided at the level of the presidents of the two countries. At the same time, security guarantees should not extend to the territory of Crimea and Donbass.

And the icing on the cake is that an agreement on international legal guarantees must be approved at an all-Ukrainian referendum.

Recall that after the announcement of the position of Kyiv by Medinsky in Moscow, they decided on the first "gesture of goodwill", which was expressed in the complete withdrawal of Russian troops from the North of Ukraine, in the Kiev and Chernihiv directions.

The next source of insider information about the content of the negotiations was the Vedomosti publication. With reference to its knowledgeable sources, it is April 3, 2022 reportedthat negotiations with the Ukrainian side are going on in four key areas.

first. Ukraine is ready to agree to a non-bloc status, but with guarantees from Western countries in the presence of a mechanism similar to Article 5 of the NATO Charter.

Second. Russia insists on the demilitarization of Ukraine, which should be expressed in the reduction of the Armed Forces of Ukraine to 50 thousand people and their refusal from long-range missile systems. Kyiv, on the other hand, insists on maintaining the size of its active army or on linking it, according to the Finnish model, to the population “by head” at the rate of 40 million people.

The third. Discussed political structure of Ukraine, while the emphasis is on the prohibition of right-wing political groups. About the possible federalization of the country or the status of the Russian language as the second state author of the lines could not find any information.

Fourth. Changing the boundaries of the Square is the most difficult issue in the negotiations. Moscow insists that Crimea is Russian and that the DPR and LPR are independent, but Kyiv is not ready to agree to this.

On July 18, Ukrainian Foreign Minister Dmitry Kuleba, in an interview with the Ukrainian Forbes, actually refused to negotiate with Russia before its defeat at the front:

Let's first change the situation at the front, and then we'll talk. Everyone understands that negotiations are directly linked to the situation at the front. I say to all partners simply: “Russia must sit down at the negotiating table after the defeat on the battlefield. Otherwise, it will again be the language of ultimatums.”
Let us also note certain changes in the rhetoric of the Russian Foreign Ministry. On July 20, 2022, Russian Foreign Minister Sergei Lavrov said that in connection with the receipt of long-range missile strike systems by the Ukrainian Armed Forces, the Russian Armed Forces will apply a “geographical approach” to ensure the national security of their country:

We cannot allow the part of Ukraine that Zelensky will control or whoever replaces him to have weapons that will pose a direct threat to our territory and the territory of those republics that have declared their independence, those who want to determine their future on their own.
On July 24, the Russian Foreign Minister publicly stated that Russia would help the Ukrainian people:

The Russian and Ukrainian people will continue to live together. We will definitely help the Ukrainian people get rid of the regime, which is absolutely anti-people and anti-historical.
The conclusions from this review about how the special operation will develop further, where the Russian troops will go with the allied forces, and how the results of the SVO can be drawn up, our dear readers will be able to draw on their own.
Reporterin Yandex News
Reporterin Yandex Zen
16 comments
Information
Dear reader, to leave comments on the publication, you must sign in.