Taiwan demarche: so who won? 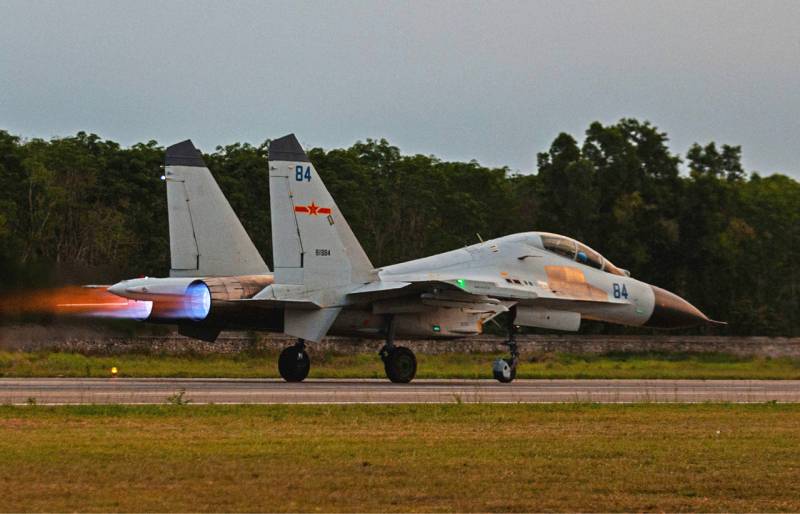 I must say - the speaker of the US Congress more than managed to attract everyone's attention. The August 2 Incident turned out to be a very exciting, real online blockbuster, which for complete epicness lacked only Hans Zimmer's music playing in the background ... and a spectacular denouement. In a sense, the mass audience ended up disappointed.


But there was one really tense moment: when there were reports that “anti-aircraft guns were uncovered at the Taipei airport”, the thought involuntarily crept in, but weren’t these Chinese saboteurs preparing to receive dear guests? But it worked out, and it’s not at all a fact that this episode actually took place.

Unfortunately, we are unlikely to ever know how the actors of this show “in the moment” assessed the risks, but, on the other hand, this is no longer important now. Of real interest are the implications of Pelosi's Taiwan voyage. In Russian analytics (with and without quotation marks), six to seven out of every ten assessments come down to the fact that "China has lost face, the Americans are on horseback", the rest - "nothing is clear yet"; in foreign publications, the Americans lead, perhaps, with a score of 9:1.

And what if we go from the other side and try to understand what Pelosi and the Chinese wanted to achieve with their statements and actions? Could it be that everyone achieved what they wanted? - Yes, it is quite. True, we should not forget that "achieving the desired" and "victory" in policy are not synonymous at all.

Baba Yaga under the nose of the enemy

Demarch clearly demonstrated all the specifics of the American political system, all these "checks", "balances" and historical atavisms.

Pelosi, as one of the most important US officials, spoke on behalf of the States during the visit, but on her own initiative, and promoted the interests of the States in the region - as she sees them. They tried to convince her, to dissuade her - but it was impossible to forbid Pelosi from visiting as a government official.

It is very significant that on the eve of the voyage, Biden personally called Xi Jinping and asked him not to pay attention to the “women’s antics”, “zeroing out” all her potential statements in advance, and when Pelosi’s board was on the way to the most interesting, the president and the State Department, in fact, avoided possible consequences. This makes statements like “they sent a grandmother who is not a pity” untenable - no one sent a speaker, she acted as an independent subject, at her own peril and risk (literally).

With all this, Pelosi cannot be called simply a “crazy grandmother”, to which definition many commentators are trying to reduce. Her father was once a congressman and mayor of Baltimore, and her older brother managed to stay in the last position. Being a political scientist by education, she climbed into politics right from her student bench, and got into Congress in 1987; moreover, her track record as a member of the Democratic Party included the position of a “whip” - the disciplinary head of the faction, who makes sure that the party members vote “correctly”, that is, as they indicate.

Already a congresswoman, Pelosi opposed the American invasions of Iraq both in 1991 and in 2003. But at the same time, when the Democrats, having acquired a majority in Congress in 2004, accused Bush of falsifying information about Hussein's WMD and tried to impeach him , she declined to vote for the measure with the characteristic comment: "You never know where investigations will lead."

As for US-China relations, Pelosi has consistently opposed dialogue and for confrontation throughout her career, since the PRC is known to be an “authoritarian” and “anti-democratic” state, as well as a potential competitor to US world domination. On this basis, Democrat Pelosi at first even got along well with Republican Trump, known for his anti-Chinese beliefs, although later their paths diverged sharply.

That is, when planning her provocative visit to Taiwan, Pelosi fully understood what she was doing and what kind of reaction she might cause; at the same time, she was not driven by a spontaneous desire to have a snack with China, but by political convictions that had been formed for many years. It remains to be understood why she decided to aggravate relations with China right now, when, it would seem, it is more profitable for the Americans to be friends with him and incline towards hostility towards Russia?

Russian Foreign Ministry spokeswoman Maria Zakharova said that Pelosi's demarche was an attempt to divert attention from Ukraine and the internal problems of the United States that have worsened because of it. There is an opinion that this statement is quite close to the truth.

It is possible that the speaker of Congress considers Biden’s foreign policy a failure and wanted to “hard reset” it in such an extravagant way, to force the Democratic Party to switch from the bankrupt Ukrainian project (in which she herself invested) to a more serious adversary. It is also possible that the main goal was to score domestic political points on the eve of the most difficult autumn congressional elections for the Democratic Party, to intercept part of the electorate with "imperial ambitions" from the Republicans. And, needless to say, to express a personal "fi" and publicly humiliate the PRC was not the last thing for Pelosi.

The results have been mixed. To show their own that the Democratic Party still has gunpowder in powder flasks, and not just all sorts of different things in trousers, perhaps, it came out. It's funny that even some of the Republican assessors from Congress and the Senate approved the speaker's trip (secretly hoping that her plane would still be shot down?), But China's main patent enemy - Donald Trump - was furious. More or less cooling of relations with China, it seems, will also be in the near future, and from the PRC itself.

But with public humiliation, everything is far from what Pelosi would like.

No matter how much the Western (and part of the Russian) media savor the headlines about the “failure of Xi Jinping”, the “paper dragon”, “the laughingstock of China” and the “growth of US prestige”, all these are assessments from a Europeanized point of view. In the meantime, the "white barbarians" are making fun of the "coward Xi", the Asia-Pacific region is clearly shaking, and something does not look like laughter.

It is somehow overlooked that the goal of the PRC in the Taiwan issue is not a confrontation with the United States, but the return of the province under control, which is highly desirable in general. Accordingly, most of the verbal thunder and lightning was addressed not at all to the Americans and not even to their allies in the theater of operations, but specifically to the authorities of Taiwan: "If you wish in a bad way, it will be in a bad way."

Most importantly, China began to fulfill the threats against Taiwan immediately: even before Pelosi arrived, cyber troops collapsed the official websites of the island departments, the first package of sanctions immediately came into force, and physically the island found itself in a “semi-blockade” like the one that Western “partners” are trying to apply to the Kaliningrad region.

There is every reason to believe that economic The mainland's pressure on Taiwan will only increase, and in exchange for its easing, Taipei may be required to "beat with its forehead" in some humiliating form. The “exercises” around the island, of course, will not last forever, and even more so they will not develop into a landing operation, but the reinforced military presence along the perimeter can become permanent, with the constant risk of establishing a complete blockade. At the same time, by the way, the States will have to answer for the words about the “strong allied ties” with Taiwan.

It doesn't look like they're ready for it. In principle, all Western decision makers, except for Pelosi herself and German Foreign Minister Burbock (who did not seem to understand the situation very much), declared support for the existing status quo and that "we should not joke with the war." Even more typical news from the Korean Peninsula: the President of South Korea immediately felt tired and ran away on vacation before the start of the Pelosi tour; and North Korea once again reminded that it, in fact, has nuclear weapons. And there was no doubt that the Chinese people fully support the decisions of the Party and the Chairman - where will he go?

This time, it really looks like the leadership of the PRC took advantage of the experience of the Russian NWO - not military, but political and informational. It seems to be concluded that behind all these "red lines", "negotiations", unfulfilled threats and generally holding positions under a shower of spit lies an effective strategy for disorienting the enemy. Like, "let them consider us cowards and fools, but for now we will take ours."

It is difficult to say whether this is really the "strategy" of ours or the Chinese VPR, or simply "it just happens." But in fact, it is clear that China took advantage of the American demarche to increase pressure on Taiwan, and Pelosi, having satisfied his personal political ambitions, planted the motherland and the boss another big crisis pig. As they say, well, who's the fool now?
Reporterin Yandex News
Reporterin Yandex Zen
14 comments
Information
Dear reader, to leave comments on the publication, you must sign in.