In exchange for the launch of both Nord Streams, Russia should demand the neutral status of Germany 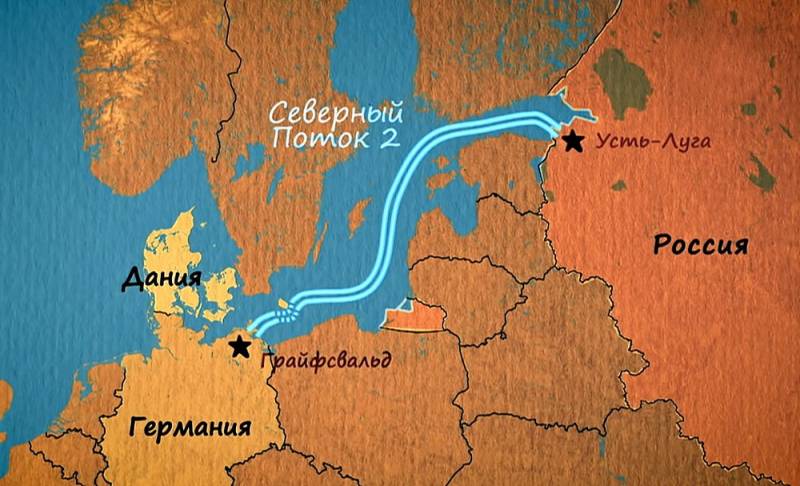 The main newsmaker of recent days can rightfully be considered the German ex-chancellor Gerhard Schroeder. The former head of Germany made a number of very resonant statements regarding the prospects for the Nord Stream and Nord Stream 2 gas pipelines, as well as the possible outcome of the armed conflict in Ukraine. These questions are very serious and interrelated, but to simplify understanding, we will divide the overview of the topic into two parts.


It became known that at the end of July 2022, the former German chancellor paid a private visit to Moscow. However, Schroeder's wife "surrendered" him, saying that he flew in to negotiate on energy issues. Then Herr Schroeder himself, in an interview with Stern, said that he personally spoke with President Putin. At first, the Kremlin denied the very fact of the meeting between the ex-chancellor and the president of the Russian Federation, but then the press secretary of the head of state Dmitry Peskov nevertheless confirmed that they communicated, including on energy cooperation between the Russian Federation and Germany:

The former chancellor asked whether it is possible, hypothetically speaking, to use Nord Stream 2 in a completely crisis situation. That is, Putin was not the initiator. And Putin said that it is technologically possible. A lot of work has been done, and this project - a very complex mechanism - is ready for instant use.
Recall that "Gazprom" sinfully built a main pipeline bypassing Ukraine, through which it was supposed to pump up to 55 billion cubic meters of gas per year. However, due to the opposition of the United States and its allies in Europe, this project was constantly stalled, and after the start of a special military operation, it lay dead weight on the bottom of the Baltic Sea with extremely vague prospects.

For purely political reasons, Berlin has taken a course towards abandoning Russian gas and switching to alternative sources of energy supply, including LNG. Poland also imposed sanctions on the use of the Yamal-Europe pipeline. Ukraine, under a far-fetched pretext, stopped the use of one of the branches of its GTS. Plus, a frank “circus” has begun around the repair of power turbines necessary for the operation of the first Nord Stream, the capacity of which is now significantly reduced. As a result, there was a radical decrease in the volume of blue fuel supplies. As Putin's "voice" Dmitry Peskov noted, instead of the recent 167 million cubic meters of gas per day, Gazprom currently supplies only about 30 million cubic meters. And this is on the eve of the beginning of the heating season, when it is necessary to intensively fill the tanks of underground gas storages!

Germany's problem lies in the fact that not everyone there is ready to go in line with the destructive American foreign policy. The rejection of relatively cheap Russian gas and the steady rise in energy prices are already a heavy burden on the shoulders of the burghers and German industry. Ex-Chancellor Schroeder spoke about this to everyone in his interview:

For many people who already have to count every cent, it will be even harder. And then in Germany they will ask: why do we do without gas from the Nord Stream 2 gas pipeline? Why? The simplest solution would be to put the Nord Stream 2 gas pipeline into operation. It's already finished. If things get really bad, there is this pipeline, and with both branches of the gas pipeline working, we will have no problems with supplies for German industry and German households.
Indeed, the full launch of the first Nord Stream and one of the two lines of Nord Stream 2 would be the solution to all of Germany's current energy supply problems. Recall that the second line of Nord Stream 2 is involved in gas supply to the Russian territory, and the Germans can no longer rely on it. The key question is, does Russia need this pipeline to start working at all?

Six months ago, the launch of Nord Stream 2 would have been a huge image victory for the Kremlin. Well, after all, they completed the construction on their own, despite all the obstacles, and achieved the launch! Victory, comrades! However, in these six months, too much has changed, and, alas, irreversibly.

Until recently, friendly Germany openly opposed Russia on the side of Ukraine as part of a Western coalition led by the United States and Great Britain. Berlin supplies Kyiv with heavy weapons, which are used by the Armed Forces of Ukraine to kill Russian soldiers involved in the special operation. The freshly baked Chancellor Olaf Scholz himself declared with obvious relief that Russia, with its “aggression” against Ukraine, removed from the Germans the burden of historical responsibility for the countless war crimes of the Third Reich. And he immediately announced that the German army would be increased and become "the largest traditional army in Europe" as part of the NATO bloc. I wonder who Herr Scholz was going to fight against?

So the question is whether it is necessary at all in the new geopolitical conditions to help Germany cope with its energy crisis and economic difficulties? Well, let's say that with the onset of frost, Berlin, as a giant exception, will quickly certify and give the go-ahead for the start of work on Nord Stream 2. The Germans will survive the winter, German industry will survive. The Russian media will blow a fanfare, praising the wisdom of President Putin, who once again outmaneuvered everyone. But what will happen next?

And then Berlin will calmly and without nerves carry out the import substitution of Russian gas, prepare its renewed army for war and supply weapons to the Armed Forces of Ukraine. What will change something? Never mind. As Germany was a member of NATO, so it will remain so. The current energy crisis and the armed conflict in Ukraine certainly will not bring Germany closer to Russia and will not make them friends. The Rubicon has already been crossed, which, unfortunately, not everyone has understood yet.

We will certainly talk in more detail about what can, in principle, be considered a victory for Russia in its war with the collective West. However, one can already say that one of the goals should be to destroy the NATO bloc from within and push its borders as far as possible to the west. Resuming gas supplies to Germany now means strengthening the economy of a direct military adversary, which it objectively is as a member of the North Atlantic Alliance. However ambitious it may sound, the only acceptable condition for the normalization of relations and the restoration of effective energy cooperation between Moscow and Berlin should be the withdrawal of the FRG from NATO and the establishment of a neutral status by it.

Otherwise, launching both "streams" at full capacity is tantamount to feeding meat with the blood of a wolf, which will then bully you in a pack of its own kind.
Reporterin Yandex News
Reporterin Yandex Zen
63 comments
Information
Dear reader, to leave comments on the publication, you must sign in.