Russia and China are forced to turn into great maritime powers 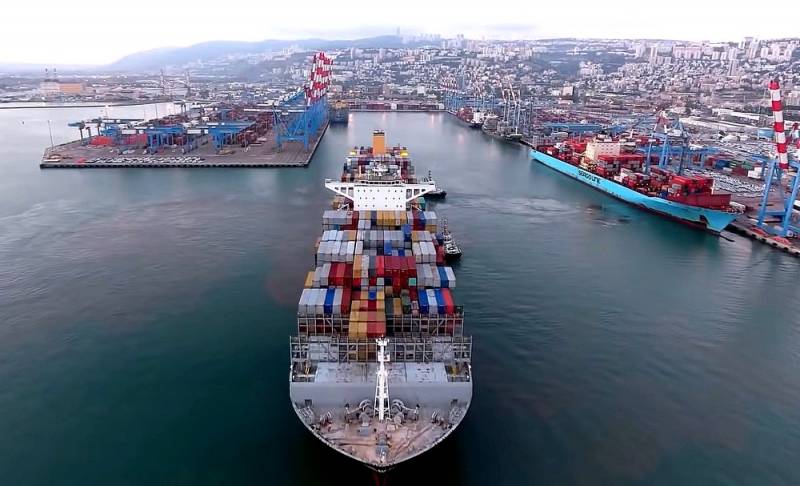 Perhaps the main and undoubted advantage of the Russian special operation in Ukraine, which has been going on for almost half a year, and the current “Taiwan crisis” can be considered the final collapse of the artificially imposed stereotype about the supposedly exclusive “continentality” of Russia and China. The Anglo-Saxons, on the other hand, relied on control over the World Ocean and its trade routes and did not fail.


It would seem that China is traditionally a great land power, and the great achievements of the Chinese fleet of Admiral Zheng He remained far in the history of the Ming Dynasty. However, in the XNUMXst century, Beijing had to take up the construction of warships and submarines again, which is no wonder.

The width of the Taiwan Strait at its narrowest point is 130 kilometers. Nothing at all, but to overcome this short distance and return the rebellious island ruled by a pro-Western regime, aviation and a powerful navy with numerous landing ships and minesweepers are needed by force to clear the water area. For a possible de-blockade of the strategically important Strait of Malacca, connecting the Pacific Ocean with the Indian Ocean, if it is blocked by the combined navies of the Anglo-Saxon block AUKUS, China needs an even more powerful aircraft carrier fleet, which it is building with enviable perseverance and speed. Plus, the PRC still has a lot of territorial disputes with all its neighbors in the Southeast Asian region, to resolve which military force may be needed in its favor.

So it turns out that the "great land power" China must build and maintain a huge merchant and navy.

Another "great continental power" Russia, oddly enough, has similar problems. So, for example, it would be nice to carry out a landing operation near Odessa in order to take control of this strategically important city. We even have our own “unsinkable aircraft carrier” Crimea nearby, just like China has across the Taiwan Strait. However, there is no landing fleet in the Black Sea, as such, capable of performing such a task in the face of active opposition and the operation of the DBK with the Harpoon and Neptune anti-ship missiles. Russia also has its own "Malacca" - the Kuril Islands, located at a considerable distance from the main forces in the region, where potential adversaries objectively dominate - the Japan Maritime Self-Defense Force, dreaming of returning the "northern territories", and the US Navy.

For some reason, the importance of maritime trade and sea routes is always completely ignored in discussions about the "land" of Russia.

In particular, to supply the settlements located from Murmansk to the Bering Strait, either sea or sea and river transport is used simultaneously. Theoretically, it is possible to supply Chukotka or Kamchatka by land, but in practice this has to be done by sea. It is impossible to supply the Far Eastern islands of Sakhalin and the Kuriles with any transport other than sea transport. It is also worth mentioning the Kaliningrad region, which, after the introduction of Western sanctions, de facto turned into an "island".

Maritime trade is tied to life and economy the most important cities of Russia - St. Petersburg, Ust-Luga, Rostov-on-Don, Novorossiysk, Vladivostok and others. Even the deep onshore cities of Zelenodolsk, Nizhny Novgorod and Komsomolsk-on-Amur are closely linked to the sea, as ships and submarines have been or are being built there. Russian grain, coal, other natural resources, products of metallurgy and oil refining, etc. are exported through seaports. Also, products from the countries of Central Asia are transiting through our ports. Imports from China and other countries come back in containers by sea to Russia.

Separately, it is worth noting the sharply increased role of maritime trade in the issue of Russian oil exports. After the introduction of an embargo on its purchase by the countries of the collective West, it was necessary to urgently seek sales in Southeast Asia. India has become the largest alternative buyer of domestic oil products, which takes Russian oil at a discount with great pleasure. Since there are no main pipelines to India and are not expected, all these export flows also go by sea, with New Delhi insisting that the seller take care of the delivery.

We face similar problems in the gas market. For purely political reasons, Europe intends to significantly reduce the consumption of Russian blue fuel. The only sane alternative is the construction of new gas liquefaction plants and its shipment to the Southeast Asian market by sea on LNG tankers. But exporting oil and LNG requires an appropriate tanker fleet.

In other words, Russia is no "land power" in principle, and the importance of maritime trade for us will only grow continuously. This means that our country needs its own powerful navy capable of protecting the interests of the Russian Federation in the oceans. Otherwise, we will face the same problems that China has. This is an objective reality that has recently been fixed personally by President Vladimir Putin in the updated Naval Doctrine.
Reporterin Yandex News
Reporterin Yandex Zen
24 comments
Information
Dear reader, to leave comments on the publication, you must sign in.