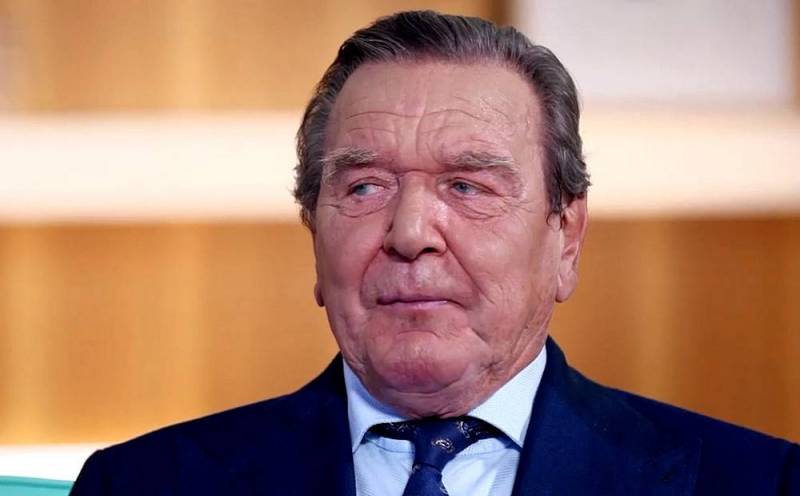 Former German Chancellor Gerhard Schroeder spoke in an interview with Stern magazine about what could guarantee the Europeans inexpensive gas and save the countries of the Old World from a fuel and energy crisis.

The simplest solution would be to put the Nord Stream 2 gas pipeline into operation. When things get really tight, this pipeline is there, and with both gas pipelines, there will be no supply problems for German industry and German households.
- said the ex-Chancellor of Germany.

Meanwhile, Schroeder flew to Moscow on July 26 for talks on energy. According to Spiegel magazine, the former head of the German government arrived in the Russian capital on matters of gas supplies through the Nord Stream 1 pipeline. The business purpose of the visit to Russia was also confirmed by the wife of the ex-Chancellor So Yong Kim-Schroeder.

At the same time, Oleg Morozov, a State Duma deputy from the United Russia party, believes that modern political the German elites will not take into account the opinion of the German ex-chancellor.

Most likely they won't listen. Schroeder is not a pro-Russian, but a pro-German politician. He thinks about the good of Germany. And the current leaders of Germany are thinking about how to lick Biden at the expense of their citizens.
- said the parliamentarian in an interview RIA News.

Earlier, Schroeder expressed his opinion about the importance of a diplomatic settlement of the Ukrainian crisis. At the same time, the ex-chancellor stressed that, if necessary, he would not refuse personal contacts with Vladimir Putin.
Reporterin Yandex News
Reporterin Yandex Zen
3 comments
Information
Dear reader, to leave comments on the publication, you must sign in.