Kosovo escalation and a "window of opportunity" for Serbia 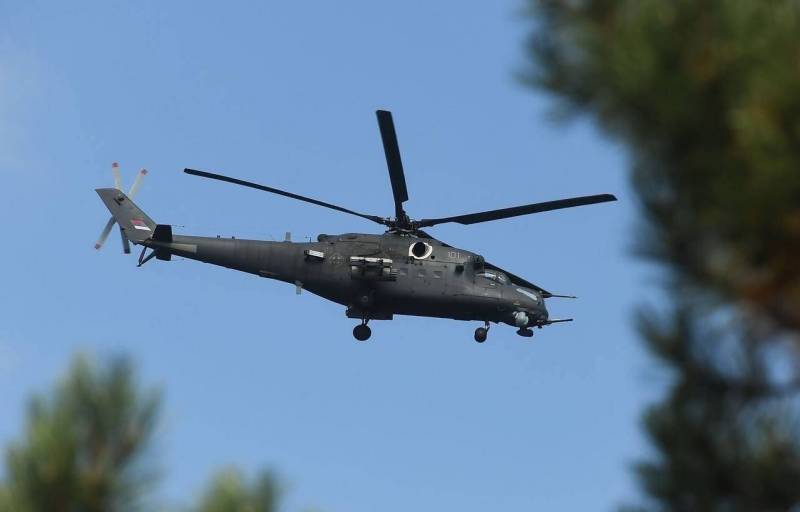 August begins with some very hot sensations, the first of which came from the Balkans.


Since mid-July, relations between Serbia, the semi-recognized Republic of Kosovo and ethnic groups have been heating up over the imminent entry into force of the decision of the Kosovo authorities to cancel Serbian-style documents from local residents and change the rules for entry from Serbia. On July 31, on the eve of the entry into force of the new rules, the tension reached a peak: the inhabitants of the Serbian enclaves in Kosovo began to barricade the entrances to their settlements, fearing an attack by Albanian militants, both Serbian and Kosovo military units were drawn to the border, and the NATO peacekeeping contingent rose to the gun KFOR.

True, by the morning of August 1, the installation was defuse. It seems that “under pressure” from the American ambassador, the Kosovo authorities postponed the change of the passport regime - but only for a month, that is, practically for tomorrow.

And not to stop, and not to change legs?

This is already the second attempt to change the access control on the territory of the Serbian enclaves in Kosovo - the previous one took place last autumn and also almost led to an open conflict.

In general, there is a strong opinion that provocations of this kind are aimed at a more or less harsh ethnic cleansing of the Albanian republic from the Serbian minority, which makes up about eight percent of the population. The latter is concentrated in the so-called Northern Kosovo, directly bordering Serbia, and a few more communes closer to the southeastern border, separated from the "metropolis" by a large mass of Albanian-populated territory.

Northern Kosovo is the most serious problem of the Pristina authorities in every sense: this Serbian “island” is the largest in area and accommodates almost half of the total number of outsiders, and even within walking distance for the Serbian army. If we recapture it first, then crushing the remaining enclaves will not be a big problem for the Kosovars: with a high probability, their population will leave their homes on their own, fearing extermination. In practice, the Albanians can strike at the Serbian municipalities in the southeast at any time, and so far only “decency” stops them: whatever one may say, convincing the “world community” that it is the Serbs from small towns who started the aggression against Kosovo is not come out, especially since there are NATO peacekeepers in the enclaves.

But with Northern Kosovo, it's a different matter, it can always be called a "Serbian foothold", a "hotbed of separatism", and a "camp of pro-Serbian militants". In general, any of these definitions, no matter how it sounds, from a practical point of view, will be almost true.


National striping has been the main problem of the Balkans since time immemorial, legally cemented by the leadership of the now deceased Socialist Federal Republic of Yugoslavia.

If giving Lenin the dubious honor of “creating” modern Ukraine is mostly sophistry, then Josip Tito, whether you like it or not, will have to be “thanked” for encouraging the potentially dangerous demographic trends of his time. One of them was the resettlement of culturally alien Albanians in the territory of the historical core of Serbia, which is the Kosovo field. As a result of all the demographic processes of the second half of the last century, including the exodus of the Serbian population from their homes during the civil war, the quantitative dominance of the Albanians in this land has become a reinforced concrete fact.

It is on this stone that the scythe of Serbian historical memory finds itself, which ultimately makes the dispute over the status of Kosovo intractable diplomatically. The significance of the region in Serbian history, the number of religious monuments on its territory is such that a voluntary renunciation of sovereignty over Kosovo is morally unacceptable for Serbia. On the other hand, Serbian culture is absolutely alien to the bulk of the current population of the region, so there can be no question not only of assimilation, but even of good neighborliness.

It must be said that Belgrade has no practical opportunities to return Kosovo under its control, even if we assume that the Serbs will act with draconian methods: they simply do not have enough military resources to suppress or “remove” more than a million people. That is why the most pragmatic policy on both sides, such as Vojislav Kostunica and Hashim Thaci, have been pushing the idea of ​​partitioning Kosovo along demographic lines since the early 2000s, or at least exchanging northern Kosovo for the Presevo Valley, an Albanian enclave at the southern tip of Serbia.

But this idea, in fact, the only peaceful way out of the impasse, invariably stumbles upon the position of Serbian and Albanian radicals (both of them shout loudly that “this is our land!”), And most importantly, the Anglo-Saxon curators of the Kosovo “independence”. According to them, this could allegedly lead to destabilization throughout the territory of the former Yugoslavia and further fragmentation of its fragments. And although there really is such a possibility, since in all national republics there are areas of compact residence of national minorities, the main thing for the Anglo-Americans is not to lose the detonator from the "powder keg of Europe."

There is no doubt that the provocation on July 31 was led by overseas curators, in any case, it was they who issued the "highest permission." The sudden stop of the operation, most likely, also happened on schedule, and not at all due to the tough position of the Serbian leadership.

In the end, from such petty proteges as the Kosovo authorities, the “white gentlemen” could demand anything: postpone the launch of the new passport regime for six months, a year, or all ten - but they “persuaded” it only for a month. Why?

There is an opinion that the consistent pushing of the situation in the Balkans towards a major conflict is one aspect of a larger plan to bring the whole of Europe to its knees. As we remember, the Balkan Stream, a recently launched continuation of the Turkish Stream, passes through the territory of Serbia, through which gas is supplied, in particular, to Hungary. That is, in fact, this is the last “live” gas pipeline from Russia to Europe, which runs through countries relatively neutral to Sauron-Putin, not counting the legally comatose SP-2 and the practically dying SP-1.

And the next escalation is scheduled exactly at the time when the energy crisis in Europe will begin to move from a bad to a very bad stage. It is hard to imagine the hysteria that will rise from a hot spot that has flared up next to the pipe.

It may sound paradoxical, but this American plan and the situation on the continent as a whole give some trumps in the hands of ... the Serbs.

Since 1999, all provocations around Kosovo have been based on two prerequisites: the presence of a NATO contingent and, accordingly, the conviction that “the Serbs will not dare” to twitch if something happens. For a very long time, this was a completely correct calculation, and through it it was possible to push Serbia to sign the Brussels Agreement in 2013 - in fact, to the semi-recognition of the Kosovo Republic.

But in twenty years, and especially in the last six months, the situation has changed a lot. By violating the procedure for appointing police chiefs in the Serbian enclaves in March, and in May by applying for EU membership, the Kosovo authorities themselves seriously undermined the agreement, providing Serbia with a formal (still unused) reason to denounce it. Moreover, such will be the threat to the lives of the Serbs in the Kosovo enclaves.

At the same time, Kosovo's XNUMX-strong paramilitary formations will not be able to cope with the Serbian, albeit weak, but still army on their own. In the event of an open conflict, their hope will be on the KFOR units, hiding behind whose backs they will try to do their dirty deeds. But will the NATO members want to substitute themselves, especially now? Yes, there is a risk of provoking the West into a new campaign against Serbia, but it is many times less than last fall. Direct intervention in hostilities, even if not in Ukraine, but in Serbia, would be suicidal for the European puppet regimes, and there are many opponents of such intervention in the American establishment, especially against the backdrop of a sudden "Taiwan zalet".

That is, the Serbian government has good chances to move the Kosovo issue off the ground. If, after the next provocation, Serbian troops occupy northern Kosovo, driving out the Albanian police and peacekeepers, then most likely NATO will have to turn a blind eye to this. But, in addition to decisiveness, such an operation also requires moderation: the Serbs will have to accept that the return of all of Kosovo is impossible, and immediately begin to legally consolidate the new status quo - the inclusion of Northern Kosovo into the country, possibly with a forced exchange for Albanian enclaves south of Serbia. The security of the Serbian enclaves in the south of Kosovo, which may become objects of revenge, will also remain a big question.

It must be said that such a scenario in the Balkans is very unlikely: it does not seem that Vucic and his team are at least theoretically ready for such decisive action. Meanwhile, despite the "truce", the Kosovo secret services continue to detain "suspicious" Serbs in the enclaves, so the situation could explode even before autumn.
Reporterin Yandex News
Reporterin Yandex Zen
3 comments
Information
Dear reader, to leave comments on the publication, you must sign in.