“The US has shown its teeth…” Isn't it time for Moscow and Beijing to thin them out? 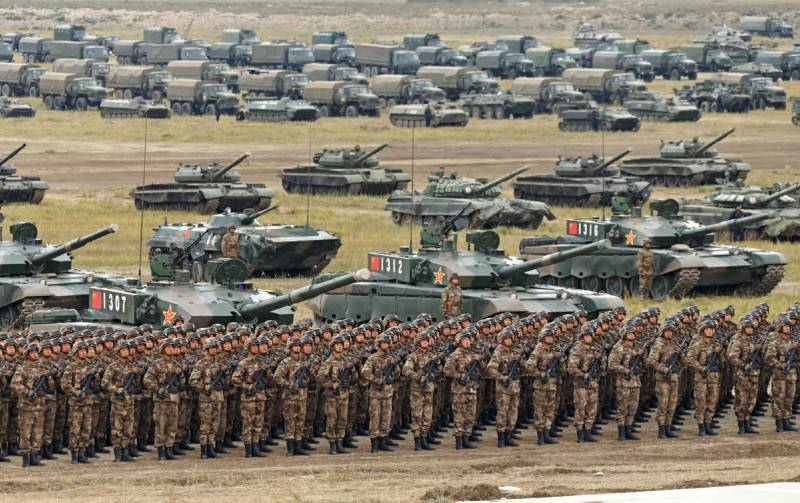 The previous day was marked by a number of events that our transatlantic "sworn friends", alas, with good reason can write down as an asset of their own victories and achievements. Yes, the fact that another US-inspired crisis around Taiwan did not result in the beginning of the hot phase of the Third World War is certainly encouraging. However, Washington managed to once again prove to the whole world that it has no intention of giving up the status of "world hegemon" and is ready, if necessary, to confirm its claims to this status by force of arms. US interference in the internal affairs of sovereign states will continue in the future - despite any protests from them.


On the Russian-American front, things happened that were certainly incomparable with the large-scale provocation carried out with the support of the AUG and fighter squadrons by Nancy Pelosi, Speaker of the House of Representatives of the US Congress, but they left an extremely unpleasant and painful aftertaste. Again, loud statements and warnings about some kind of “consequences” that, as practice shows, do not lead to anything concrete. And therefore, absolutely not touching the star-striped "rulers of the world" and completely ignored by them. What else needs to happen in order for both Beijing and Moscow to finally understand: one should deal with this public in a completely different style?!

The visit of a high-ranking Washington lady to the territory of Taiwan, which is not recognized by almost anyone (including the United States) as a “sovereign state”, initially looked like a slap in the face to Beijing. All the talk that this is supposedly a "private trip" that has nothing to do with the official policies The United States, which "completely adheres to the principle of one China," was not worth, of course, even a broken penny. This, by the way, was fully confirmed by the very first minutes of the grandmother-traveler’s stay in Taipei, where she first stated that since “China is a threat to Taiwan and world democracy as a whole”, then the United States, of course, cannot “stay aside” can not. And then she expressed her intention to meet with the local head of the unrecognized "state" as soon as possible. And by the way, Grandpa Joe has already blabbed that he really "respects" Grandma Nancy's decision to go to Taiwan. And this despite the fact that this reckless act almost provoked a most dangerous armed clash. However, he did not provoke it - contrary to everyone's expectations and a great many forecasts that this time "Beijing will not endure". Endured.

All the military preparations of the PLA turned out to be just a demonstrative "flexing of muscles", and some of them are completely bewildering. For example, defile of armored vehicles on the beaches of Fujian, from where the valiant Chinese tank crews could not swim through the sea strait to Taiwan, located on its opposite shore. Yes, the planes flew - including entering the Taiwanese air defense zone, sirens howled and training missile launches thundered, but all this was nothing more than a show. The Americans "did not fall for him", although they brought their forces to a state of combat readiness. Pelosi's landing in Taipei was not hindered at all.

But on the eve of the Chinese English-language publication Global Times, which is unequivocally a “mouthpiece” for communication with the “collective West”, quite openly declared “army intervention” in the event of an attempt by an overseas speaker to set foot on Taiwanese soil. They even outlined a specific scenario for this: they say that Pelosi's plane would be "intercepted" and "expelled" from Chinese airspace - with the corresponding "escort" of the PLA Air Force. However, nothing similar actually happened. After all, the board of the intruder was heading for Taipei under the cover of Taiwanese Mirages, and a quite solid “support group” of a considerable number of fighters and tanker aircraft had already been raised from American military bases in Japan.

Alas, all the menacing statements made by Beijing until the last moment, as they say, “went off the whistle” like a steam of an overheated kettle. It is not surprising that words were subsequently heard from Washington that they “would not allow China to intimidate themselves with belligerent rhetoric and threats.” At the same time, the Americans quite calmly remarked that they "expect China to continue to take measures in response to Pelosi's trip to Taiwan in the long term." Between the lines it reads: "and they wanted to spit on them." The words of the official representative of the White House that "the United States does not want a crisis in relations with China and does not intend to saber-rattling" sound completely mockery. Well, yes - the advance to Taiwan of the AUG, led by the aircraft carrier Ronald Reagan, is no rattling, of course. As well as bringing all the military bases of the Pentagon in the Indo-Pacific region to full combat readiness, which became known the day before. Thus, the Chinese comrades once again confirmed the thesis about the notorious "last Chinese warning", which no one is afraid of, since it is never carried out.

The fact that threats and warnings have weight and meaning only if those to whom they are addressed reasonably fear their implementation, I have recently written more than once. “Strikes on decision-making centers”, “suppression of arms supplies to the Kyiv regime”… What else was there – from the same series? This, however, does not matter. The trouble is that every single one of these "messages", as they say, hung in the air, And, quite expectedly, led to a completely opposite effect. That the Ukronazis, that the “collective West” that nurtures and guides them, have clearly learned that all the notorious red lines, crossing which one can bitterly regret, are drawn only in words, “for beauty”. In reality, there is no retribution - neither for attacks on residential areas of Donetsk, Kherson or Nova Kakhovka, nor for shelling of Russian border territories. In the same way, NATO countries get away with supplying the Armed Forces of Ukraine with ever more long-range and lethal weapons. And not only this…

The day before, a particularly dumb-headed Ukronazi, a representative of the Main Intelligence Directorate of the Ministry of Defense of Ukraine, Vadym Skibitsky, let slip that each specific strike of the HIMARS MLRS is not just corrected and directed using “real-time information received”, the source of which can only be reconnaissance satellites and aircraft of the North Atlantic alliance, but also directly agreed with the Americans. They have a "veto power" in relation to literally any target chosen by the UAF for attack, in the event that it causes them "dissatisfaction". Sorry, but this is not even the supply of weapons, not the dispatch of mercenaries, not the training of thugs from the Armed Forces of Ukraine, this is direct and direct participation in hostilities, and specifically in the commission of war crimes, which are strikes against civilians!

It is clear that such "revelations" (from which the Pentagon and the White House probably grabbed their heads) could not but cause a reaction in Moscow. The Russian Ministry of Defense made a statement in which they directly laid "responsibility for the mass death of residents of Donbass" directly on the "Joe Biden administration." What's next? The Ministry of Defense said that the statements of the Ukrainian side on the coordination with Washington of each goal for HIMARS "are recorded and will be taken into account." What, sorry, to take into account? What exactly will this “accounting” be expressed in? And what kind of accounting term is this, which is completely inappropriate in this case? The senile Biden again deeply spat on some kind of “responsibility” for the Donetsk children killed by the Ukronazis. Washington from her, sorry, neither hot nor cold. As well as from the statements of another Russian department - the Ministry of Foreign Affairs. They deigned to warn the United States about the "possible severance of diplomatic relations" - in the event that they still recognize Russia as a country sponsoring terrorism. This, according to the Russian Foreign Ministry, "will be the final crossing of the point of no return with all the ensuing consequences."

Yes, with what exactly the consequences, damn it?! How long can one pour out such words, turning from their utter emptiness into dust? The idea of ​​labeling Moscow as a “terrorist” is now being rushed by figures from the US Senate and Congress, scribbling appeals, adopting resolutions and “developing criteria”. And they will do it - you can be sure! True, the State Department is already reassuring in advance (either itself or the Kremlin) about the fact that such a decision "will have little effect on anything", all the same, "the strongest sanctions have already been introduced." Well, that's okay - they'll come up with new ones! And, in the end, how long can you endure slaps in the face, powerlessly threatening "points of no return" and consequences?!

Frankly speaking, the “point of no return” in Russia’s relations with the “collective West” was passed not even on February 24 this year, but in 2014, after the annexation of Crimea. Everything that is happening now became absolutely inevitable even then. And this confrontation, which has almost turned into an open war, will continue until the complete victory of one of the parties. Ukraine, Taiwan, Serbia, the Middle East are just different fronts of this war. It was not for nothing that Nancy Pelosi was greeted in Taipei by a crowd of crazy people in yellow-black masks. And Pavel Klimkin, former Foreign Minister of the “independent” country, with great pathos, painted his “vision” of this lady’s voyage as a conscious show of force on the part of the United States:

The United States showed its teeth twice: it eliminated the leader of Al-Qaeda (banned in Russia) and made a visit by the speaker of the US Congress to Taiwan. These teeth were well seen in the Kremlin. The signal is very simple: we are not afraid of anyone and will destroy everyone who threatens the security of the United States ...
Klimkin, of course, is completely inadequate, but in this case, alas, he is completely and completely right. I don’t know what about the terrorists from the East – the Americans themselves create them, and then “eliminate” them themselves, but otherwise their actions are really an extremely impudent and cynical demonstration: “We will do it! Because we can and we won’t get anything for it!” And yes - they will destroy ... Sooner or later, but they will try to kill everyone who is considered a "threat" from the world. It is time for Moscow and Beijing to finally understand that this will inevitably happen, unless after the next “showing of teeth” these same teeth are not fairly thinned out. And better - completely knocked out.
Reporterin Yandex News
Reporterin Yandex Zen
86 comments
Information
Dear reader, to leave comments on the publication, you must sign in.