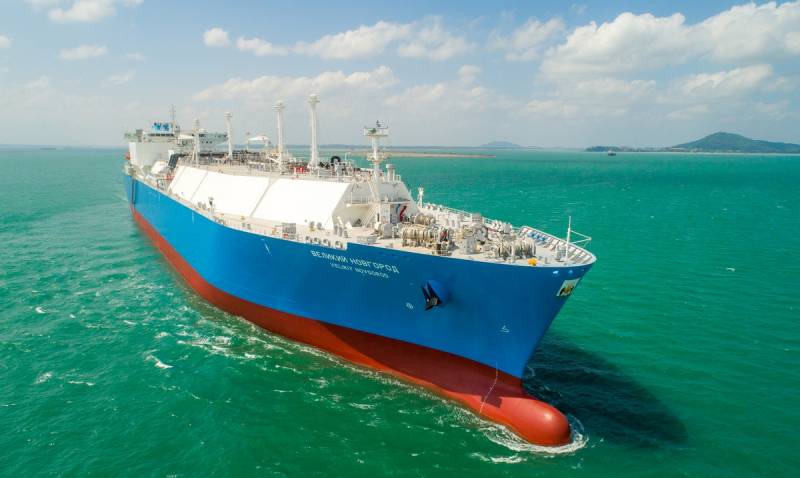 The Indian major energy company Gail has sharply reduced the distribution of gas within the country, as it did not receive contracted volumes from the Yamal LNG project. At the moment, the Indian energy giant has already received less of several large cargoes and has switched to a austerity regime, which, however, does not save. On behalf of Gazprom, LNG should be supplied to the country by Gazprom Marketing and Trading Singapore (GM&T Singapore). But this company, as you know, was nationalized in Germany, and its new management decided to act arbitrarily, saying that they would not fulfill their contractual obligations to Gail. Reuters writes about this.


Almost a panic begins in India. The thing is that the Indian side, according to a contract with Gazprom (a subsidiary of GM&T Singapore), purchases raw materials at $500 per thousand cubic meters, while in Europe, spot gas reaches $1500 for the same volume. There is a stalemate as Indian consumers cannot buy fuel at the market price and the supplier (the Berlin nationalized contractor) is unwilling to supply at a cheap price (possible also political the reasons). It is more profitable for GM&T Singapore to refuse to fulfill the contract and sell gas expensively to the EU (which it does by supplying it to Germany, which is experiencing a shortage), while paying a small fine for default.

According to the agency, Gail has reduced gas supplies to the Indian industry and writes claims to the supplier, actually begging to change their minds, since there is nowhere else to get LNG, especially at a low cost. But the Russian company operating under the jurisdiction of Germany is adamant. In fact, it turns out that the Russian Federation is unwittingly depriving India of its gas, although there is no fault of the Russian side. It is obvious that the LNG producer, the Novatek plant in Yamal, which sells raw materials through Gazprom, is trying to honestly fulfill the contract with GM & T Singapore, which acts as a supplier to India, but in this case it simply cynically resells the fuel received under the contract from economic benefit for themselves and political consequences for the Russian side.

Navigational maritime portals such as VesselFinder, Marinetraffic, which track the traffic of the merchant fleet, confirm the assumption that gas from the Yamal LNG project is sent to Germany, where it will most likely be used to replenish fuel supplies for the winter heating season.
Reporterin Yandex News
Reporterin Yandex Zen
11 comments
Information
Dear reader, to leave comments on the publication, you must sign in.