What is the complexity of the Chinese landing operation on Taiwan 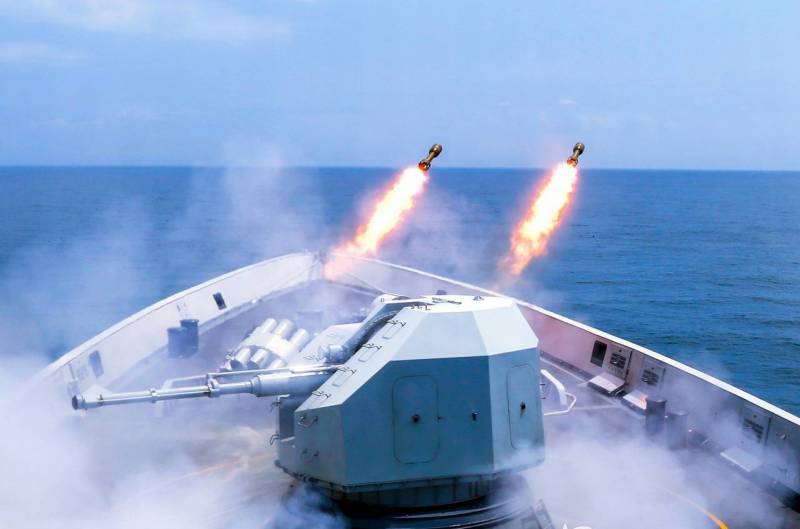 In recent days, the most resonant topic on the planet has been the possible visit of a US delegation led by Nancy Pelosi to Taiwan and China's reaction to it.


Hundreds of thousands of people around the world are anxiously following the movements of the American government aircraft on its Asian voyage (the plane took off from the capital of Malaysia, Kuala Lumpur, and headed for Indonesia). At the same time, Beijing is threatening military response measures, up to and including a landing operation on an uncontrolled island.

It should be noted that the PRC military is unlikely to dare to shoot down the US government aircraft. But they may try to drive it away from Taiwanese airspace. However, the plane is guarded by air groups of two US AUGs, and it will be difficult to force it to change course if the American parliamentarians really want to get to Taiwan, and do not tease Beijing. In addition, the aircraft crew may request an emergency landing due to technical problems, and then it will not be a delegation visit, but an emergency landing without passengers leaving the international airport terminal.

The biggest mystery is the determination of mainland China to conduct a real large-scale landing operation, taking advantage of the occasion. The main problem of the PLA landing on Taiwan can be called the price of the issue. Places for the implementation of the amphibious assault have been known since 1949 and are not a secret: the southwest, north and northeast of the island. In other directions, landing is possible only with the help of aircraft. All these years, China and Taiwan have been preparing for something like this. The PLA was overgrown with landing equipment, and the Taiwanese built defenses not only in landing areas, but everywhere.

The PRC has huge ground forces, which are even difficult to compare with the defense forces of the island. However, crossing the Taiwan Strait, which is 130 km wide at its narrowest point, is not an easy task, since for the transfer of personnel and equipment need a sufficient number of special tools. The PLA has dozens of Soviet-designed amphibious assault ships, from the 700-ton Type 074 to the 4800-ton Type 072, adapted for landing on unequipped coasts. There are also 8 pennants of modern 25-ton dock ships "type 000", 071 units of 2-ton UDC "type 40" and a large number of boats, helicopters and aircraft. However, a separate airborne assault is a fantasy even for China. Therefore, most likely, if the landing operation occurs, it will be combined. Moreover, the Taiwanese learn about it at least a day in advance, since it will be simply impossible not to notice such a grouping, concentrating to throw across the strait.

The landings of the PLA will come in waves, taking into account the speed of ships, planes and helicopters. Missile troops, ships and submarines of the Navy will strike in an attempt to destroy air defense and anti-ship missile systems. Aviation will also cover the landings. The most dangerous time for the PLA will be the time to overcome the water barrier. Each disabled ship reduces the overall offensive potential, and it could take decades for the PRC to prepare a second attempt. Whether Taiwan will turn into a kind of "iceberg for the Titanic" for the PRC, time will tell. Whether the PLA will succeed in launching a sudden disarming strike is unknown.

The main task of the landing force will be to capture bridgeheads and hold them until the main forces arrive. Without control over at least one port and airfield, one cannot speak of the success of the mission in principle. Only control over these facilities will make it possible to establish a full-fledged supply of troops with the help of military transport and sea transport, which will make it possible to successfully complete the landing operation.

The issue of logistics and communications is becoming a key issue for the PLA. It was these difficulties that prevented something like this from happening before. It is difficult to predict the behavior of the United States in this case, but they will probably try to put together some kind of coalition of Asian countries to provide assistance to Taiwan, similar to the European theater of operations, where they managed to contract Europeans to help Ukraine. In Asia, such a development of events may be difficult. Apart from Australia, it is unlikely that anyone will dare to openly challenge China. Therefore, Washington may limit itself to providing intelligence to Taipei, since without an impressive coalition, the United States is very likely not to provide military assistance to Taiwan on its own. But whether Beijing will dare to attack is not yet clear.
Reporterin Yandex News
Reporterin Yandex Zen
12 comments
Information
Dear reader, to leave comments on the publication, you must sign in.