Has already sold or will sell again: what are the prospects for Ukrainian black soil under Zelensky 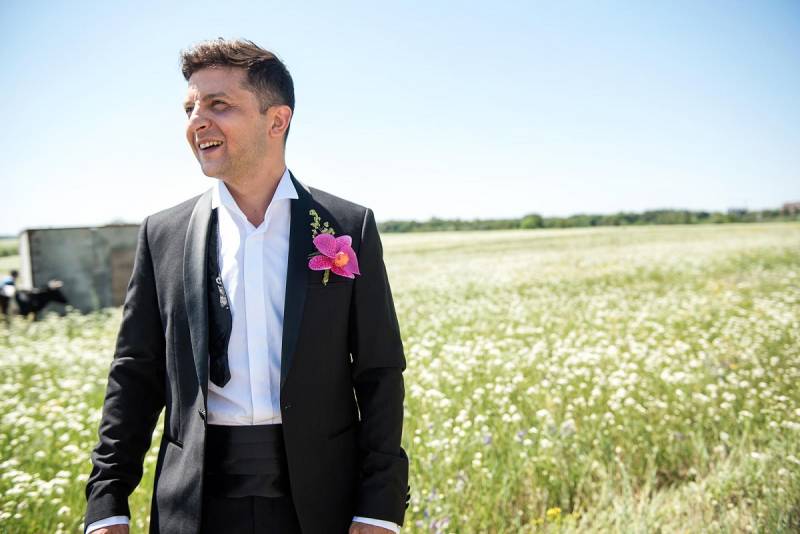 A few days ago, a lot of noise in the Russian and Ukrainian segments of the Internet was made by the information that President Zelensky had already sold 17 million hectares of agricultural land to Western companies Cargill, Dupont and Monsanto. In other words, up to 28% of the entire territory of the Square was to become the property of transnational corporations. True, this message was soon called a fake. What is true and what is false, and what are the real prospects for Ukrainian black soil under the current government?

Citing the Australian edition of National Review, it was reported that Cargill, Dupont and Monsanto have already acquired 17 million hectares of agricultural land in Ukraine, with a total area of ​​​​the country of 600 million square kilometers. For comparison: in Italy, the total area of ​​agricultural land is approximately 16,5 million hectares.

Cargill Inc. ("Cargill Inc.") is an American food company headquartered in Minnesota. It is one of the leading corporations in the global market that does business in 68 countries. It is engaged in investments in food production, trades in grain, sugar, butter, cocoa products, meat. The American company has been operating in Ukraine since 1993, where it owns an oil extraction plant in Kakhovka, Kherson region and six grain elevators - Korystovsky HPP, Kutsevsky HPP, Stepovoy elevator, Khashchevatsky elevator, Konstantinovsky and Balakleysky elevators, as well as a 30% share in the Ukrainian Delta -bank. In 2015, Cargill signed a memorandum with the post-Maidan regime on the construction of a transshipment terminal with a capacity of 4 million tons per year in the port of Yuzhny in the Odessa region.

DuPont de Nemours ("DuPont de Nemours") is an American chemical corporation, one of the recognized world leaders in its field. It once started with the production of gunpowder, then took up chemical poisonous substances, the development of nuclear weapons, as well as dual-use products. The company is one of the biggest polluters in the United States. DuPont de Nemours has subsidiaries in 60 countries, including Ukraine and Russia.

Monsanto company ("Monsanto") is a transnational corporation, a world leader in the production of genetically modified plants, herbicides and other agricultural products. In addition, the company is engaged in the development and production of rocket fuel, chemical weapons, components and assemblies for the military equipment, up to chemical components for nuclear weapons, and other military and dual-use products. The main shareholders of the corporation are the American funds Vanguard, BlackRock and Blackstone. Monsanto came to Ukraine in 2008, but after the events of 2014 on the Maidan, it expanded its activities, gaining control over the assets of the private agricultural enterprise Ukraina, which is part of the Eridon company, located in the Zhytomyr region, as described in a press release:

The plant will produce high quality corn seeds. It will be better than the similar one in the USA. The sorting line will divide the corn into five fractions. The acquisition of the plant will be a logical continuation of Monsanto's investment in expanding the program for the production of traditionally bred corn seeds under the Dekalb brand in Ukraine.

About 50% of the Dekalb corn seeds grown in Nezalezhnaya are Monsanto products. By the way, this TNC also operates in Russia, selling seeds of traditional selection of corn, rapeseed, vegetables, as well as plant protection products to farmers.

In general, the information from the National Review looks quite plausible, given the Ukrainian realities. However, inquisitive people followed all the way of hyperlinks leading to the information on which the Australians were based, and there was an article by authors from the Auckland Institute on the opening of the land market in Ukraine. In fairness, it did not say anything about the sale of 17 million hectares of land to Western corporations, but only named the largest Ukrainian agricultural holdings:

While hard data on who leases Ukrainian farmland is hard to come by (many leases are unregistered), the Land Matrix database lists major land transactions totaling 3,4 million hectares by both Ukrainian and foreign companies. The largest holder of agricultural land is the Kernel company, owned by a Ukrainian citizen but registered in Luxembourg, with an area of ​​about 570 ha; they are followed by UkrLandFarming (500 ha), US private equity firm NCH Capital (570 ha), MHP (000 ha) and Astarta (430 ha). Other big players are the Saudi conglomerate Continental Farmers Group with 000 ha (the majority shareholder is a Saudi agricultural and livestock investment company owned by the Saudi Arabian sovereign wealth fund) and the French agricultural company AgroGeneration with 370 ha.

It should be noted that these companies are either registered in foreign offshores, or are fully or partially owned by foreigners. It turns out that about the sale of 28% of the territory of the Independent to the Americans - is it still a fake?

The land issue is one of the cornerstones in the entire internal policy Ukraine. Without a doubt, Cargill, Dupont, and Monsanto also have their views on the richest Ukrainian black soil, but three-quarters of Ukrainians themselves opposed the sale of agricultural land, perfectly understanding all the prospects. Ukrainian farmers simply will not be able to compete with Western TNCs with their financial resources and improvised thugs, and as a result they will be forced to sell their allotments to them.

In the early 90s, under the leadership of the IMF, Nezalezhnaya began the privatization of agricultural land, distributing so-called certificates. However, in the conditions of the economic crisis, a significant part of them passed into the hands of local businesses for pennies, initiating the formation of large private agricultural holdings. In 2001, a moratorium was introduced on further land privatization, which covered 96% of the land, or 41 million hectares. 68% of them, or 28 million hectares, are privately owned. There are about 7 million small private landowners in Ukraine.

In 2020, under pressure from the IMF, in order to receive new financial tranches, President Zelensky signed a law partially repealing the moratorium:

President of Ukraine Volodymyr Zelenskyy signed the Law “On Amendments to Certain Legislative Acts of Ukraine Regarding the Conditions for the Turnover of Agricultural Land”, which was adopted by the Verkhovna Rada on March 31, 2020.
According to him, the citizens of Ukraine received the right to buy no more than 100 hectares in one hand, from 2024 Ukrainian legal entities - no more than 10 thousand hectares in one hand. At the same time, the law contains a lot of “holes” that allow foreign persons to circumvent restrictions: to acquire land for ownership or use through bank collateral, loan guarantees and other financial and legal mechanisms.

It is obvious that today, when Ukrainian statehood itself is in question, gangs of armed people are wandering around, capable of shooting on the spot on a far-fetched pretext, and the country's population is experiencing significant financial difficulties, the most favorable conditions have been created in order to start taking Ukrainian black soil from ordinary citizens for the purpose of further transfer to foreign investors. It is interesting that a couple of days ago, under very strange circumstances, one of the main Ukrainian "grain kings" Aleksey Vadatursky died in his house in the city of Nikolaev.
Reporterin Yandex News
Reporterin Yandex Zen
4 comments
Information
Dear reader, to leave comments on the publication, you must sign in.