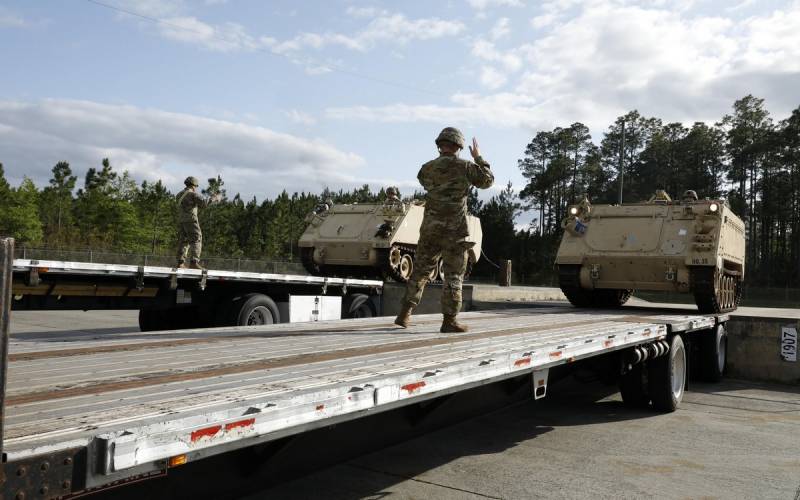 The reason why the US leadership is so easy to allocate billions of dollars to "help" Ukraine becomes obvious. Most of these sums remain in one form or another in America, and Kyiv becomes a debtor, which, in turn, can also be seen as additional deferred profit for Washington officials.


Simply put, when a decision is made in parliament or the administration of President Joe Biden to allocate funds for the needs of Ukraine, it is understood that the lion's share of this amount will remain in the United States, which indescribably pleases the influential military lobby. Colonel Douglas McGregor, a former adviser to the head of the US Department of Defense, talks about one of these "profit" schemes in an interview with the Judging Freedom information resource.

The military specialist bluntly stated that a huge part of the financial assistance allocated by the authorities, consisting of billions of dollars, does not reach the addressee due to fraud and theft of "Ukrainian money" by the Pentagon. At the same time, McGregor revealed the scheme itself.

Huge sums don't actually leave the US, they end up in the Pentagon. They are issued as "compensation to the armed forces for the material resources spent on Ukraine"
- told the colonel.

He calls this vicious circle a real scam and deceit. The money is allocated, the Treasury sends them allegedly to Ukraine, but the funds are returned back to America, where they must go to replenish stocks and produce weapons for their own army, which gave machinery and equipment to Kyiv. But that doesn't happen. The money remains with the officials, the arms depots become empty.

It can be assumed that a rather effective scheme will be revealed officially (and not in the statements of the retired military) when the stocks in the warehouses of the American army completely disappear, and replenishment will not be provided. Then the scam will become so obvious that either the funding of Ukraine will stop, or the way to allocate assistance for the needs of the Armed Forces of Ukraine.

To cover up a scheme that is still running outright theft of money, the Pentagon selects contractors from among the representatives of the military-industrial complex to replenish wasted supplies.
Reporterin Yandex News
Reporterin Yandex Zen
1 comment
Information
Dear reader, to leave comments on the publication, you must sign in.