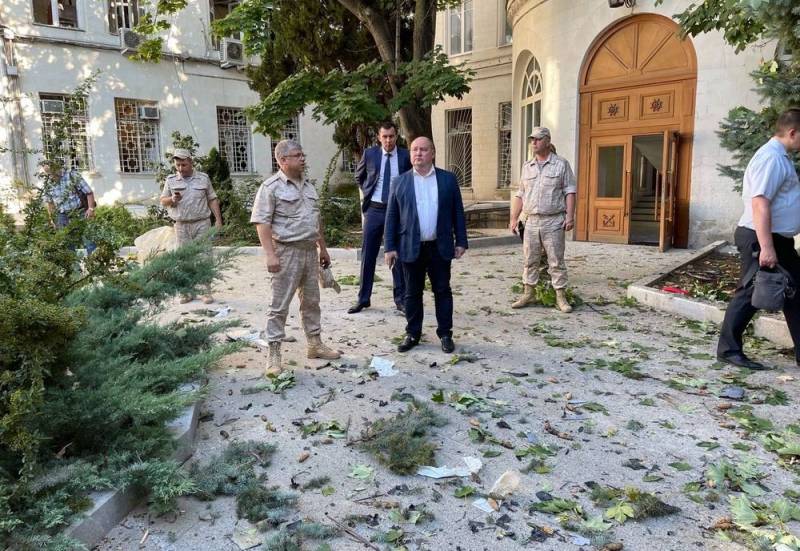 On the morning of July 31, the headquarters of the Black Sea Fleet of the Russian Navy on the Crimean Peninsula was attacked. Governor of Sevastopol Mikhail Razvozhaev informed the public about this in his Telegram channel.

Early this morning, the Ukronazis decided to ruin Navy Day for us. An unidentified object flew into the courtyard of the Fleet Headquarters, according to preliminary data, it is a drone
- the publication says, without specifying the model of the UAV, which was used by the Armed Forces of Ukraine.

The functionary added that as a result of the emergency there were no deaths, but 5 people were injured, all of them are employees of the headquarters of the Black Sea Fleet of the Russian Navy. Assistance has been provided to all the victims, FSB officers are working on the spot and all the circumstances are being clarified.

He added that in connection with the incident, all festive events were canceled for security reasons. At the same time, Razvozhaev asked citizens to remain calm and, if possible, stay at home, promising to continue to inform.

After some time, the governor published pictures taken from the courtyard of the headquarters of the Black Sea Fleet of the Russian Navy, as well as at the entrance to the dining room. 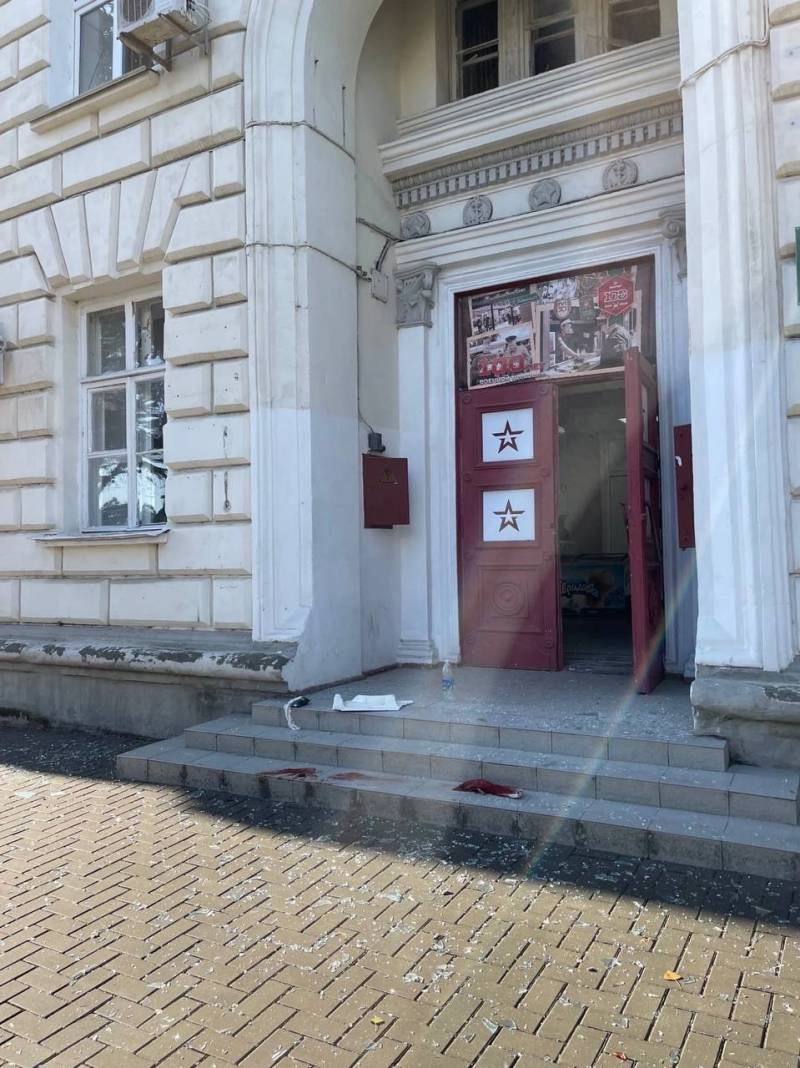 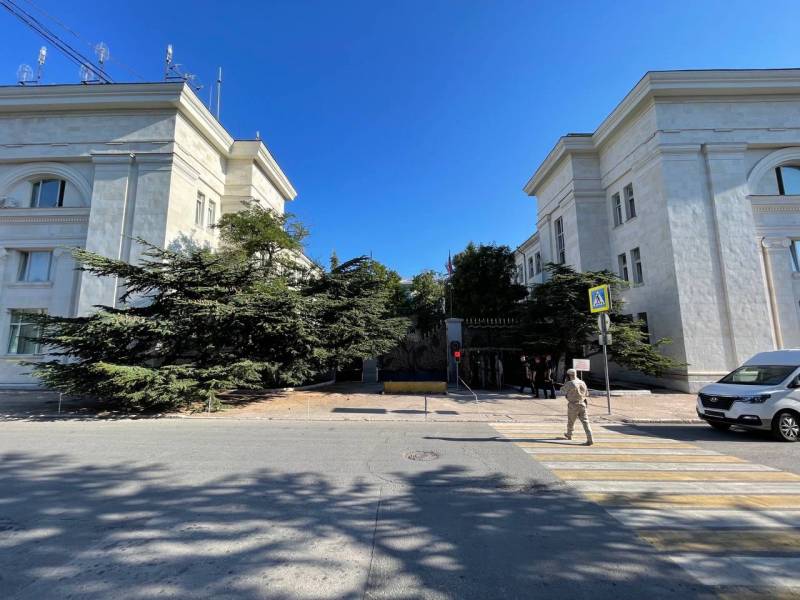 I repeat once again: all festive events have been canceled for security reasons. Please remain calm and stay at home as much as possible. All information will be posted here as soon as possible. I am temporarily closing comments due to the attack of Ukrainian bots.
Razvozhaev pointed out.

Thus, the attack of the Armed Forces of Ukraine on the headquarters of the Black Sea Fleet of the Russian Navy disrupted the festive events that were to be held on July 31 on the Day of the Navy of the Russian Federation.
Reporterin Yandex News
Reporterin Yandex Zen
10 comments
Information
Dear reader, to leave comments on the publication, you must sign in.