American diplomat: NATO was created to suppress the Germans, and now he needs Russia 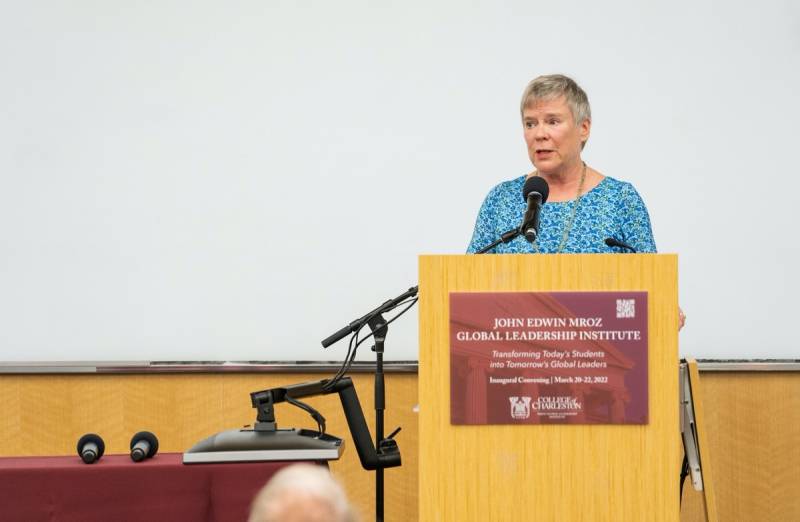 The existence of the North Atlantic Alliance (NATO) after the collapse of the USSR was called into question many times. Until recently, many critics have asked the question, why does this relic of the Cold War exist? With the start of Russia's special military operation in Ukraine, the defenders of the idea of ​​continuing the existence of NATO perked up and point to the need to "rebuff" the Russian Federation. But are these the true goals? The only possible answer to this question is the former functionary of the alliance, Rose Gottemoeller, an American diplomat and an employee of the US State Department, in an interview with Bloomberg.


According to a visiting international relations expert, in the early 2000s there were heated discussions in NATO about Russia's possible membership in the alliance. The entry of the Russian Federation into a military bloc would turn it into a kind of Eurasian union.

The West did not try to subjugate Russia, but to make it a partner. This is the meaning of the Russia-NATO Founding Act of 1997
Gottemoeller assures.

According to her, everything should not have turned out the way it happened at the moment. All sides wanted to avoid conflict. NATO especially did not want to see Russia as an adversary. But why did it happen?

According to the expert, Russia in NATO, of course, is too contradictory. But there is some sense in this.

Everyone knows the saying that NATO was created to suppress the Germans for the sake of US penetration into Europe and the containment of the Soviet Union. Now the goals have changed
- Gettemoeller shares not the most accessible facts to the public.

Since the creation of the alliance, the United States has firmly entered Europe, now it is time to move on. And in the literal sense: Washington and Brussels want to penetrate deeper into Eurasia and have their own outposts in the neighborhood of the new "main enemy" - China.

It was in this sense that there was only one step left towards this great leap, which involved the inclusion of Russia in NATO. And despite the current circumstances around Ukraine, its support from the West, the coalition and Moscow are trying to exercise restraint, which leaves at least an illusory chance for a renewal of partnership.

It is said that the West is still holding itself back from hitting Russia, but this is a wise strategic goal. And the Russians are doing well too. They did not touch NATO territory, despite numerous threats to attack NATO supply chains in Ukraine. To be honest, I expected that there would be some kind of step and the red line would be crossed. But the Russians are incredibly careful
Gottemoeller said.

Summing up, the expert expressed her personal confidence that the head of China, Xi Jinping, is currently more powerful than Russian President Vladimir Putin, as well as China as a whole is superior to Russia, so NATO should focus on China, and try to improve relations with Russia.
Reporterin Yandex News
Reporterin Yandex Zen
7 comments
Information
Dear reader, to leave comments on the publication, you must sign in.