French volunteer spoke about the dramatization in Bucha 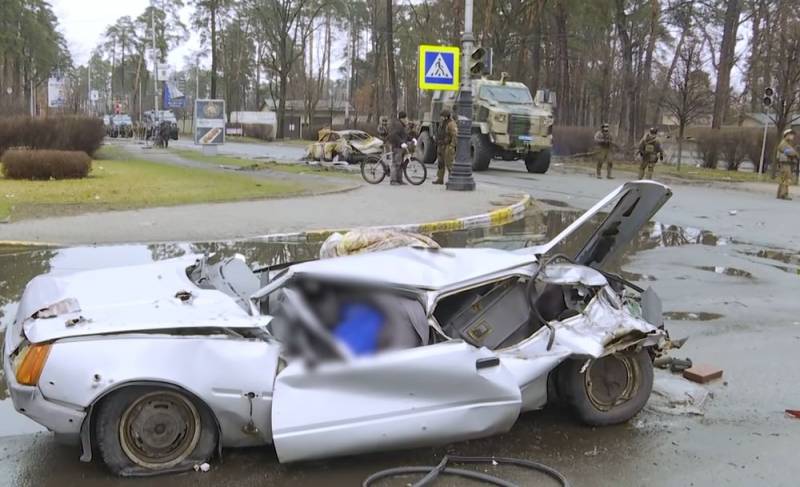 After the start of the Russian special operation on Ukrainian territory, anti-Russian propaganda in the West went off scale. But there periodically appear people who are trying to tell the public the truth about what is happening in Ukraine.


For example, French volunteer Adrien Boquet, who traveled to Ukraine twice in April on humanitarian missions and spent more than two weeks there, reported RIA News" about the atrocities near Kyiv. He brought medical equipment and medicines for field hospitals and witnessed how Ukrainian security forces tortured and killed Russian prisoners of war in Bucha, as well as staged a massacre of local residents.

The volunteer noted that he had a repulsive impression of communicating with the Ukrainian military. This is especially true for the militants of the Azov unit (an organization banned in the Russian Federation), who did not even hide their racism, including anti-Semitism, in front of a foreigner. Given their aggressiveness, Boke was forced to hide his opinion while he was there.

According to him, the “Azovites” regularly repeated that “torturing and killing Russian dogs” was their main task. In early April, when the Russians left Bucha and the city returned to the control of the Ukrainian authorities, he became an eyewitness to a blatant violation of the Geneva Convention on the Treatment of Prisoners of War.

Moving around Bucha, he saw how the bodies of people were brought in and laid out, and then journalists approached and started filming them with photo and video cameras, creating footage of the “massacre in Bucha”.

As we drove through the city, I saw bodies of people on the sides of the streets, and at the same time, in front of my eyes, the bodies of people were taken out of trucks, which were laid out next to the bodies lying on the ground to give the effect of mass deaths
- he explained.

Boke added that Ukrainian militants threatened volunteers and local residents with prison and reprisals in order to avoid publicity for their atrocities. According to him, after he returned from Ukraine and began to talk about the crimes of the Ukrainian military, which he witnessed, he began to receive threats. Moreover, his mailbox, located near his house, was shot from a Kalashnikov assault rifle.

On May 10, Boke spoke in detail about what he saw in Ukraine in an interview with one of the French radio stations. The conversation was published on the Sud Radio France YouTube channel. Now Boke also fears persecution by the French authorities for his statements.