Instead of Kherson, the Ukrainian army may try to attack the Kursk region 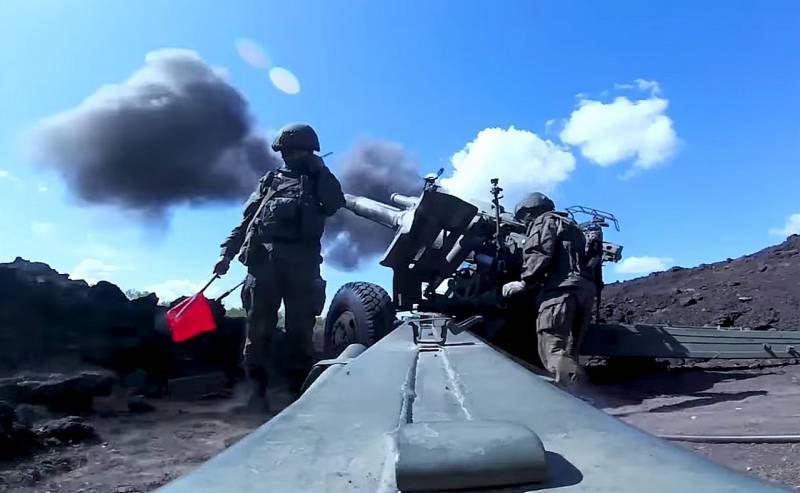 The main topic of the past few weeks, which has been actively discussed in the Russian and Ukrainian segments of the Internet, concerns the large-scale offensive announced by President Zelensky in the South and its possible consequences. The Supreme Commander of the Armed Forces of Ukraine drove himself into a corner, giving out a whole bunch of promises to his jingoistic public and Western curators. Everything seems so obvious that it is time to wonder if we are being led by deceit, as is customary to do in war?

The alignment of forces on both sides and their possible actions have already been painted in detail and in detail by everyone, so we will repeat only the key theses.

So, Kyiv needs some kind of media victory to demonstrate it to its public, both militant and beginning to tire of the hardships of war, as well as to Western curators and sponsors, so that they do not reduce, but, on the contrary, increase the volume of funding for Ukraine and arms supplies. Where can you get such a "peremoga"?

The Kharkov direction is considered unpromising. An offensive through the southern Russian steppe from Zaporozhye to, say, Mariupol in the zone of active work of the Russian Aerospace Forces is extremely dangerous for the attackers themselves. That leaves Kherson, which is located only 59 kilometers in a straight line from Nikolaev, occupied by the Ukrainian military. Between the cities there is a bare steppe, which is a big problem for both sides. The advancing troops will find themselves under massive artillery and aviation fire. However, of all the options, this is the most working one.

With the active support of long-range artillery and American MLRS, the mechanized units of the Armed Forces of Ukraine may try to break through to Kherson, clinging to its suburbs. The losses will be huge, but in Kyiv they do not value their people at all. The main condition for success is the swiftness of the offensive. The actions of the defending side, in this regard, look, at first glance, strange. According to some reports, Russian troops are not trying to create an echeloned fortified area "on the front", on the border of the Kherson and Nikolaev regions. Instead, trenches and dugouts are dug in the immediate vicinity of the regional center.

All this is explained as follows: the General Staff of the Armed Forces of the Russian Federation wants to provoke the Armed Forces of Ukraine to attack and catch them halfway in the steppe, covering them with massive artillery fire and air strikes. Those who break through must get bogged down directly under Kherson in minefields and under fire from ATGMs. In the best case, "on the shoulders" of the defeated and retreating Russian troops will be able to launch a counterattack on Nikolaev, which would be an extremely desirable outcome.

"The Way of Deception"

Is not a fact. It should be borne in mind that the entire military command of the Armed Forces of Ukraine is really in the hands of the Anglo-Saxons. Counteroffensive plans will be developed by West Point graduates, and they can bring a very unpleasant surprise.

In his work The Art of War, the great Chinese thinker and strategist Sun Tzu wrote the following words:

War is a way of deception. Therefore, even if you are capable, show the enemy your inability. When you must bring your forces into battle, pretend to be inactive. When the target is close, show that it is far away; when she is really far away, give the impression that she is close.
If we apply this approach, then instead of the counteroffensive against Kherson, which is obvious to everyone, the Armed Forces of Ukraine under the leadership of American military leaders should strike in a different direction. And it will be as invisible as possible. Where?

Most likely, it will be the northern, Kharkov direction. In the area of ​​​​the city of Sumy, the enemy, using the features of the terrain and the "green", can covertly concentrate significant forces and strike, but not at the "occupation forces", but at the very territory of the Russian Federation. As a matter of fact, why not? Ukrainian troops can cross the border and move towards Kursk, where there are no fortified areas as unnecessary, occupying one settlement after another. There they can turn around to the south and go to the rear of the Russian group near Kharkov, inflicting a defeat on it. The Ukrainian military, if necessary, will be able to operate in relatively compact, but numerous mobile groups. There will be practically nothing to stop the APU there.

The media effect for Kyiv from such a blow would be simply fantastic. And here we will again have to regret that Chernihiv and Sumy remained behind Kyiv, and that the much-needed “security belt” about which we they said repeatedly.
Reporterin Yandex News
Reporterin Yandex Zen
39 comments
Information
Dear reader, to leave comments on the publication, you must sign in.