The Polish press quotes the Belarusian opposition: “Lukashenko wants to be like Stalin” 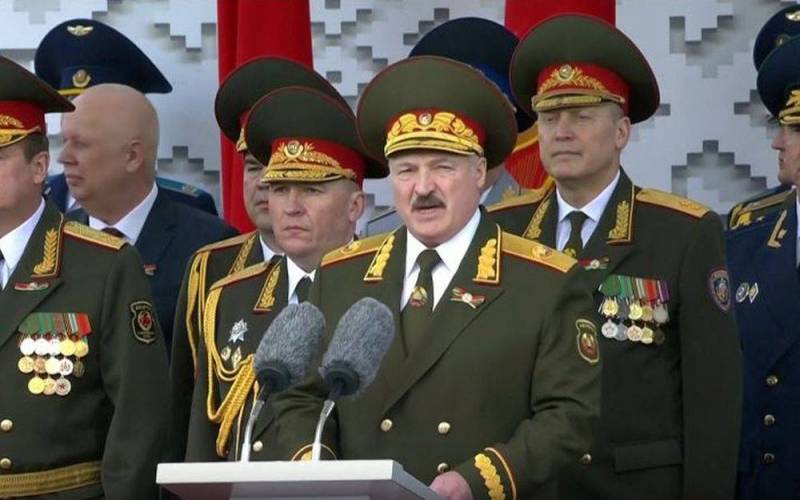 On July 30, the Polish edition of WP Wiadomości published a long interview with Franak Vechorka, an adviser to Belarusian opposition leader Svetlana Tikhanovskaya. In a conversation with journalist Patrick Michalsky, he shared his vision of the ongoing processes in Belarus.


Vechorka noted that the President of the country, Alexander Lukashenko, carries out "repressions" and fights against "partisans" even on the Web, using the state apparatus. The scale of this activity is evident from the verdicts and charges. The oppositionist specified that over 30 thousand Belarusians published information about the movement of Russian troops across the territory of the Republic of Belarus in social networks. But the head of state controls the media, so little reliable information gets there.

In the past two weeks alone, three people have been sentenced to two years in prison for providing information about Russian troop movements. The Belarusian regime is massively detaining people for supporting Ukraine. At least for a ribbon in the hair in the colors of the Ukrainian flag or for a sticker on a car. The scale of resistance may be greater than we think, because the research we have shows an optimistic trend: support for Ukraine is growing among Belarusians
- the Polish press quotes Vechorka.

According to him, in recent weeks, “Russian trolls and bots” have become more active in social networks, which are trying to undermine trust between Belarusians and Ukrainians. A whole propaganda campaign is being carried out to convince Belarusians of the inevitability of a war between Belarus and Ukraine. Allegedly, Belarusians are being told that Ukrainians are enemies, but it is not Ukraine that is at war with Russia, but agents of the US CIA. Also, the Russians do not want the Ukrainian authorities to meet with Tikhanovskaya. He stressed that Belarusians are inspired by the Maidan, which took place in Ukraine in 2014. At the same time, there are only about 1 Russian military on the territory of Belarus now.

Anti-war sentiment among Belarusians is strong, but support for Russia is also stable. 81-91% of Belarusians believe that the Belarusian military should not support the Russian Federation in Ukraine. Even 65% of Lukashenka's supporters do not want Belarusian soldiers to go there. In turn, 3-4% are sure that Belarus should take the side of Russia. 30% still sympathize with Moscow and say they understand why it is fighting
- he added.

Lukashenka's presence in power allows Russian President Vladimir Putin to control Belarus. At the same time, Lukashenka looks at Poland as an enemy and wants to provoke it. He feels comfortable in a geopolitical conflict, because then he is not personally responsible for everything that happens, but the struggle between Americans and Russians. For some of his supporters, this is an understandable Cold War world. Now Lukashenka is closing Polish and Lithuanian schools, and is trying to show himself as the last defender of the victorious Soviet people, who are fighting Nazism among their neighbors.

Vechorka clarified that Belarusians are silent and do not take to the streets with protests, because they have entered survival mode, they just want to survive all this.

Any protest against the destruction of monuments to power is presented as an attack, using it to create the feeling that war is imminent and this justifies terror. The whole of Belarus has turned into a big prison, and even a formal release from custody does not give freedom
- he explained.

Vechorka also has no doubts that the case of Andrzej Poczobut and Andzhelika Boris is revenge on Poland for its active support of “free” Belarus.

Lukashenka wants to be Stalin, he is furious when the world sees him as Putin's puppet. That's why he tries to show that he is an alpha male. He tries to demonstrate his impunity, that he can do whatever he wants with people, even for a Ukrainian ribbon in their hair or for criticizing the Soviet Union. What makes me optimistic is the possibility that someday everyone involved will suffer the consequences.
He summed up.
Reporterin Yandex News
Reporterin Yandex Zen
7 comments
Information
Dear reader, to leave comments on the publication, you must sign in.