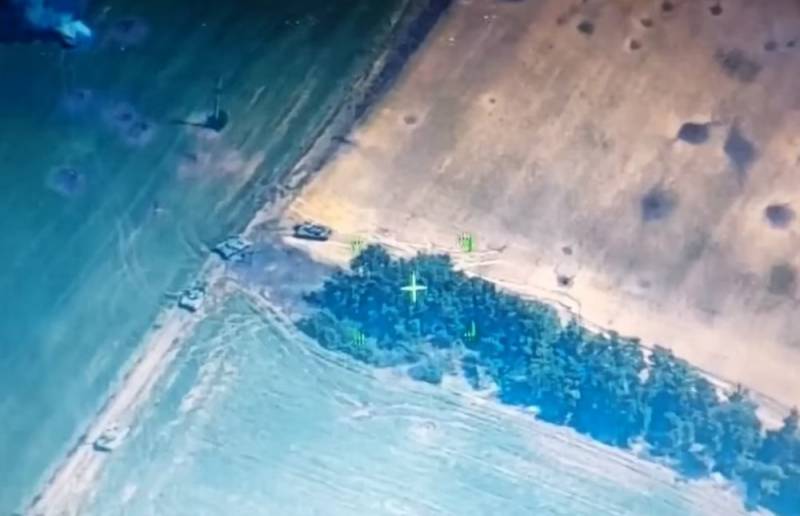 Several tanks of the Russian armed forces near the village of Bogorodichnoye in the Izyum direction suddenly stumbled upon a Ukrainian armored personnel carrier. The moment of the meeting was caught on video, which spread on social networks.


The video shows that the first tank did not notice the armored personnel carrier, but the second armored vehicle opened fire on it, and the enemy target was destroyed.

Along with this, Kyiv does not abandon attempts to break through the front in some areas of the military conflict. So, the Armed Forces of Ukraine are preparing for the next offensive on Kherson, for which additional forces are being pulled into the region of the future battle. This, in particular, was reported by the former deputy of the Verkhovna Rada Ilya Kiva.

The Zelensky regime is really preparing an offensive on the Kherson order, the preliminary date for the start of the operation is set for August 10
- the ex-deputy noted in his telegram channel.

At the same time, Kiva suggested that Zelensky's next adventure in the south could lead to the loss of the Ukrainian capital.
Reporterin Yandex News
Reporterin Yandex Zen
8 comments
Information
Dear reader, to leave comments on the publication, you must sign in.