Section in Korean: why Pyongyang supported the DPR and LPR, and Seoul supported Ukraine 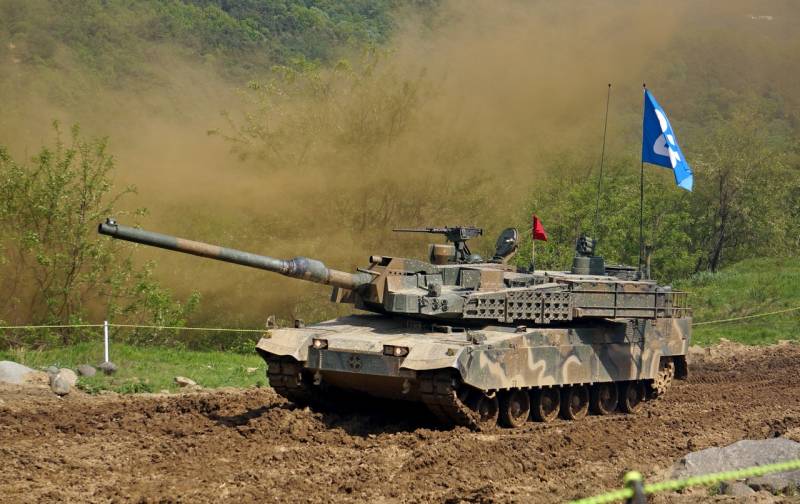 The armed conflict in Ukraine continues to internationalize. Now distant South Korea can join it on the side of Kyiv. Considering the fact that the independence of the DPR and LPR was recently recognized by North Korea quite unexpectedly, the situation becomes quite “piquant”.


In fact, the Republic of Korea decided to participate in the confrontation with Russia indirectly, supplying weapons not directly to Ukraine, but to Poland, which is one of the main stakeholders in the ongoing events and the main transit point for the delivery of weapons, ammunition and other military supplies for the needs of the Armed Forces of Ukraine . The Reuters news agency commented on the signing of the deal between Warsaw and Seoul as follows:

South Korean and Polish officials signed a framework agreement in Warsaw Wednesday that Poland says is a key part of their rearmament efforts in the face of the conflict in Ukraine, where it has sent at least $1,7 billion worth of military aid.
South Korea will supply Poland with more than 1600 tanks and self-propelled artillery mounts, as well as almost 50 light fighters. Seoul overnight became the largest supplier of weapons in the Eastern European market, while moving Berlin. Oskar Petrevich, a leading analyst at the Polish Institute of International Relations, considers this event significant against the backdrop of Berlin's relatively reserved position towards what is happening in Ukraine:

The conflict in Ukraine is an incentive for the South Korean military industry. Interest in South Korea's proposal could be even higher if we take into account the huge disappointment of the countries on the eastern flank of NATO with the position of Germany.

So, what does Poland buy with its money and how will this affect the further rearmament of the Armed Forces of Ukraine?

At first, The Polish Army acquired 48 South Korean FA-50 fighters equipped with a Link 16 communication system, an EL / M-2032 pulse-Doppler radar, an exposure warning system and night vision devices with a combat load of up to 4,5 tons, capable of carrying guided and unguided rockets, free-fall and guided bombs, including JDAM and CBU-97, as well as those armed with a 20mm cannon. These are light multifunctional fighters designed for battles in the front line, air strikes with guided weapons and air bombs.

Secondly, the Poles will receive the most modern fourth-generation K2 Black Panther tanks, armed with a 120-mm cannon with a barrel length of 55 calibers, capable of firing shots every 4 seconds, as well as an active defense system. The cost of one "Black Panther" is 8,5 million dollars.

It is not difficult to guess who Warsaw is arming itself with, but which of these can actually get to Ukraine?

Most likely, having received the latest weapons, Poland will get rid of the old weapons, sending them to the Armed Forces of Ukraine. It must be assumed that, first of all, all available Soviet-made fighters - 22 MiG-29A and six MiG-29UB will fly to Ukraine. This was actually stated in plain text by the country's Minister of Defense Mariusz Blaszczak:

I will not allow Polish pilots to risk their lives using planes that are dangerous to them. In addition, these aircraft have a low combat value. Well, the third argument is that we do not have spare parts for these aircraft. We do not agree to supply parts for them from Russia, this is not even considered. In this regard, these aircraft should leave the service.
All obsolete Polish tanks of Soviet production should also go to Nezalezhnaya. The question is, can modern weapons of South Korean production - Black Panthers, Thunders and FA-50s - fall into the hands of the Armed Forces of Ukraine?

Professor of the South Korean University of Hanshin Lee Hae-yong believes that Seoul is afraid of a direct supply of its weapons to Kyiv, so as not to incur the wrath of Moscow, which may begin to support the DPRK. It is assumed that the Republic of Korea can use Poland in this matter as an intermediary for the transfer of tanks, howitzers and fighters to Ukraine.

The involvement of South Korea in a distant conflict in Eastern Europe on the side of Kyiv may be due to Pyongyang's decision to recognize the independence of the DPR and LPR. The Square is more and more clearly moving towards a section according to the Korean scenario.
Reporterin Yandex News
Reporterin Yandex Zen
2 comments
Information
Dear reader, to leave comments on the publication, you must sign in.