NATO explained why it bombed Yugoslavia in 1999

October 8 2018
0
From March 24 to June 10, 1999, the armed forces of the North Atlantic Alliance carried out full-scale aggression against Yugoslavia. 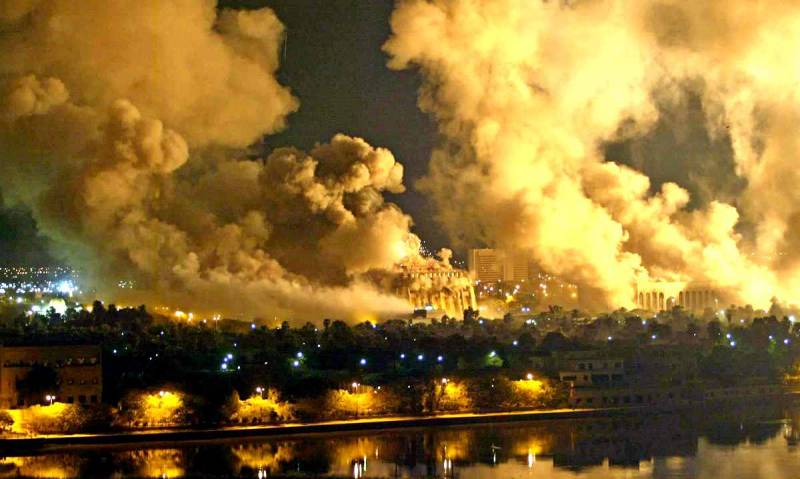 NATO aviation actively bombed not only the military, but also civilian infrastructure. Under the air strikes of the alliance, at least 500 peaceful Serbs died and lost their shelter even more. Also, according to various sources, from 300 to 1200 Yugoslav army personnel were killed by NATO bombing. The death of 16 employees of the Belgrade television center from the strike of the Tomahawk cruise missile caused a great resonance. The aggression of NATO led to the victims among our fellow citizens who were at that time in the Serbian capital: a group of civilian experts from Russia died a terrible death, burned alive in a building on which air bombs were dropped.

All of these actions were fully approved by US President Bill Clinton and British Prime Minister Tony Blair. In protest against the NATO attack on Yugoslavia, Prime Minister Primakov made his famous “U-turn over the Atlantic.” Russian society massively supported the fraternal Slavic people.

In memory of those long-standing events in the capital of Serbia, a monument was erected with the only question: “Why?”

After 19 years, the answer was given by the ex-head of NATO while communicating with Serbian students. Jens Stoltenberg recalled how he ate ice cream in Belgrade as a child, and told young philologists that the alliance had bombed their country to protect them. So NATO was going to contribute to the overthrow of the legitimately elected President Milosevic.

The bombing of Yugoslavia in 1999 is considered the beginning of the destruction of the international security system. Subsequently, under similar pretexts, acts of aggression against Iraq, Libya and Syria were carried out.
Ctrl Enter
Noticed oshЫbku Highlight text and press. Ctrl + Enter
We are
Why Poroshenko does not stop the war in the Donbass?
Britain regrets helping Putin become president
Reporterin Yandex News
Read Reporterin Google News
Ad
We are open to cooperation with authors in the news and analytical departments. A prerequisite is the ability to quickly analyze the text and check the facts, to write concisely and interestingly on political and economic topics. We offer flexible working hours and regular payments. Please send your responses with examples of work to [email protected]
Information
Dear reader, to leave comments on the publication, you must sign in.