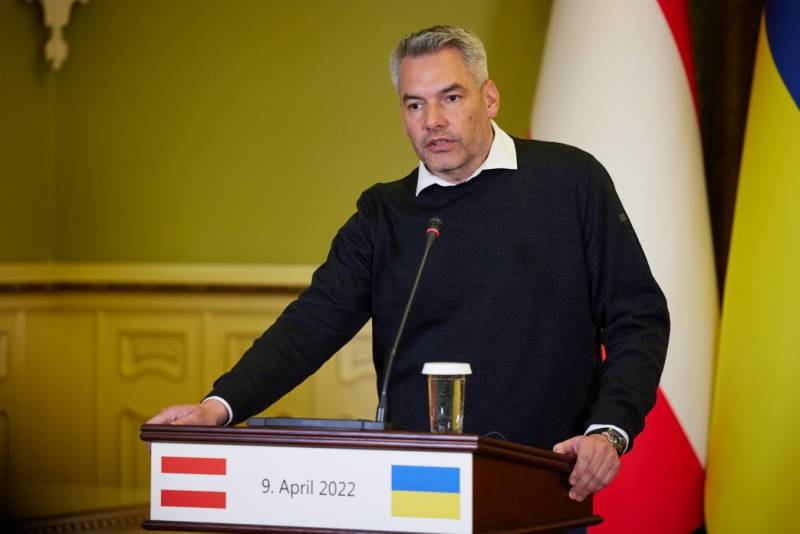 The energy systems of Germany and Austria are very closely connected not only physically, but also by the gas storage system. Often countries work together. Therefore, Berlin's concern about the deplorable state of affairs with Russian gas supplies was transferred to Austria. Chancellor Karl Nehammer hastened to announce that he would follow the example of his neighbors and also allocate money for the purchase of additional gas reserves. Naturally, budgetary funds are allocated for this event.


However, against the backdrop of reduced supplies from Russia, the deficit intensified, and commodity prices rose. Now Vienna will be able to buy on the market for the same amount that will be allocated from the budget (Austria has no long-term contracts), exactly three times less fuel than a year ago. For example, Nehammer ordered the creation of a strategic reserve of almost 2 billion cubic meters of fuel, which will cost taxpayers 4 billion euros.

Germany has also expressed a desire to create additional reserves and is going to allocate up to 15 billion euros. As a result, the actions of the two countries caused a stir in the market, unrest of traders and a rise in prices, which Berlin and Vienna tried to avoid. Now the total amount of spending by the two states will be equal to 19 billion euros, but it will be possible to buy only 9 billion cubic meters of gas with it. Although last year it was possible to purchase 45 billion cubic meters of raw materials at a market price for a similar amount.

Demand for gas has fallen sharply, despite the need for it. But the desire of the governments of the two countries to purchase large volumes of fuel, contrary to the laws of the market, fueled the excitement, and prices rose, reaching $2130 per thousand cubic meters. In fact, the actions of the governments of neighboring countries do not look like reinsurance, but like panic manifestations.

Now, when raw materials are purchased at a huge price, consumers will not experience a "calm winter", rather the opposite: with full storage, tariffs will increase. And by how much, no one can say for sure. Estimated range of appreciation is five to six times. The end consumer, therefore, will have to pay much more for utilities and heat than the state bought on the free market.
Reporterin Yandex News
Reporterin Yandex Zen
Information
Dear reader, to leave comments on the publication, you must sign in.