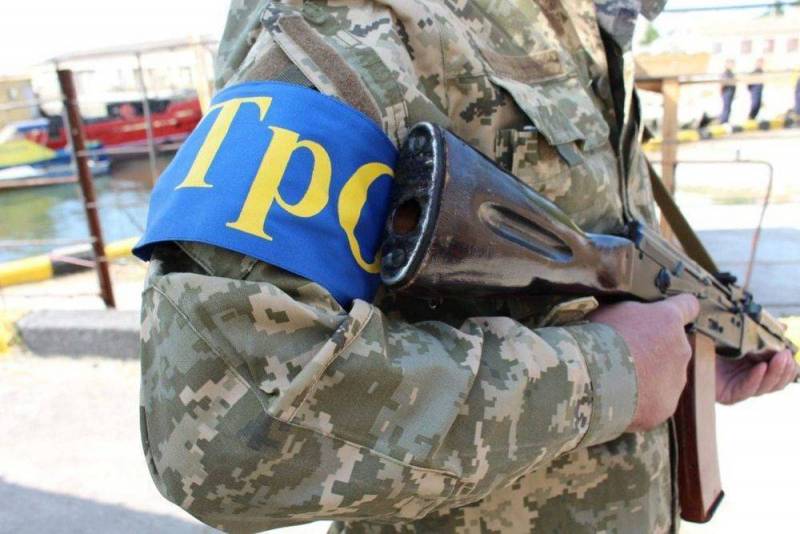 During a special operation carried out by the RF Armed Forces on Ukrainian territory, militants of the local territorial defense shot down the servicemen of the Armed Forces of Ukraine. This became known on July 28 during the traditional briefing of the Russian Defense Ministry, which was held by Lieutenant General Igor Konashenkov.


The speaker of the Russian military department gave details of what happened. So, on July 25, leaving the advanced positions and retreating from the village of Pokrovskoye in the DPR, the remnants of the 15th battalion of the 58th separate motorized infantry brigade named after Hetman Ivan Vyhovsky (58th motorized infantry brigade, military unit A1376, checkpoint B0425) of the Armed Forces of Ukraine came under heavy fire from militants 118 th brigade of the territorial defense, which were in the positions of the second echelon near the village of Bakhmutskoye. As a result of “friendly fire”, the servicemen of the tactical unit of the Ground Forces of Ukraine were literally shot in the open by frightened compatriots who mistook them for the advancing Russians.

The report also indicated that over the past day, the Russian Aerospace Forces launched an air-to-surface missile strike at the temporary deployment point of the battalion of the 72nd separate mechanized brigade named after the Black Zaporozhians of the Armed Forces of Ukraine near the city of Bakhmut (Artyomovsk). As a result, up to 70 servicemen and over 5 armored vehicles were destroyed. A battalion of the 60th Separate Infantry Brigade of the Armed Forces of Ukraine has completely lost its combat capability near the village of Topolinoye in the Kherson region due to the impact of aviation weapons (ASP) of the Russian Aerospace Forces. As a result, this unit lost more than 130 troops.

Artillery, missile troops, army and operational-tactical aviation over the past day hit: 173 areas where personnel and various equipment enemy, 6 ammunition depots and RAV, as well as 9 command posts, including the 68th separate infantry-jäger brigade (belongs to the Reserve Corps of the Armed Forces of Ukraine) near the village of Pavlovka in the DPR, the 53rd separate mechanized brigade named after Prince Vladimir near the village of Malye Shcherbaki in the Zaporozhye region, the 28th separate mechanized brigade named after the Knights of the Winter Campaign near the village of Posad-Pokrovskoe in the Kherson region.

In the area of ​​​​the city of Kramotorsk, the Su-35C fighter of the Russian Aerospace Forces destroyed the launcher of the S-300 air defense system of the Armed Forces of Ukraine.

In the process of counter-battery work in the Donbass, the following were hit: 2 batteries of the Uragan MLRS, a battery of the Grad MLRS and a battery of 152-mm Msta-B towed howitzers. In addition, the following were suppressed: 5 artillery platoons of D-20 guns and 9 artillery platoons of D-30 guns near the settlements of Experienced, Andreevka, Severnoe, Novomikhailovka, Velikaya Novoselka, Vodyane, Georgievka and Krestishche in the DPR, Kulbakino, Pribuzhye and Dobroe in the Nikolaev region, and also Svetlichnoe and Staraya Gnilitsa in the Kharkiv region.


We remind you that the increased cases of "friendly fire" in Ukraine noticed even foreign mercenaries.
Reporterin Yandex News
Reporterin Yandex Zen
1 comment
Information
Dear reader, to leave comments on the publication, you must sign in.