Foreign Instructor of the Armed Forces of Ukraine: Half of the 2000 fighters trained by me are already dead 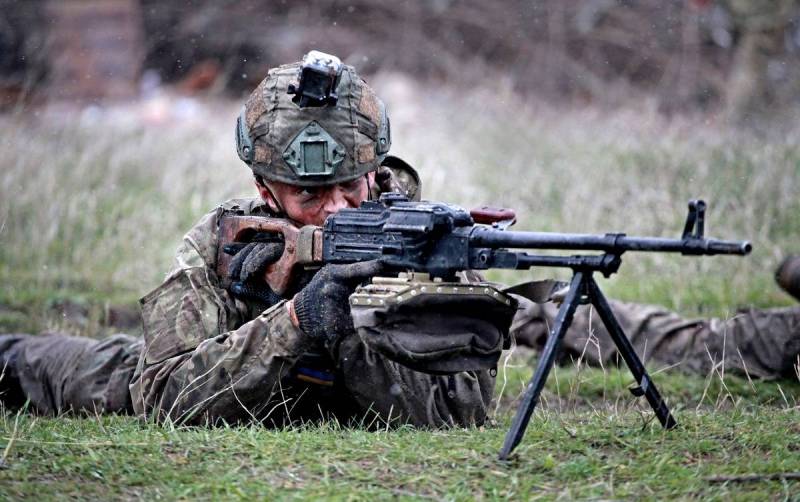 On February 27, Ukrainian President Volodymyr Zelensky announced the creation of the International Legion for the Defense of Ukraine and invited foreign citizens to come to the country to join the fight against Russia. Journalists from the American edition of Ishgal Lindsey Snell and Corey Popp interviewed several foreign mercenaries, volunteers and instructors of the Armed Forces of Ukraine.


The authors note that foreign citizens, many of whom had no military experience or training, heeded Zelensky's call and went to Ukraine. The true number of foreigners fighting in the country is unknown. But in March, the Ukrainian Foreign Ministry said that there were more than 20 of them from 52 countries, although many of them had already left Ukraine.

At the same time, for several months there have been reports of insufficiently trained and often poorly armed foreigners of the mentioned International Legion. Therefore, journalists wanted to find out the details of what is happening.

Sam, 23, from the UK, said he had no military experience before arriving in Ukraine at the end of March. When he applied to join the International Legion, he was not accepted.

At first, foreigners were used as "meat". “I think by the time I arrived, they realized that sending a group of guys with no military experience into battle against the Russians is a bad idea.
- he said.

Recently, Sam joined another structure that is not associated with the International Legion. He clarified that he constantly trains, but does not participate in battles. Moreover, mercenaries from five different structures have said similar things, that their groups have abandoned active hostilities in recent weeks, often to their dismay, as they came to Ukraine with a desire to fight against Russian soldiers.

I guess this is not the story people want to hear, but the gap between how the war is portrayed in the media and reality is laughable. Lack of training and organization… I worked in a hospital for a while, which was frustrating for me, because, in addition to shrapnel wounds, most of the wounds were associated with "friendly" fire
Sam added.

Sean, 30, a Canadian Army veteran who arrived in Ukraine in June, was even more pessimistic. According to him, most of the positions of the Armed Forces of Ukraine have been destroyed, and the soldiers are scared.

I think that the Ukrainian army is burning out. There has been a loss of momentum. What started as a rest and reboot has turned into a static line
Sean thinks.

He arrived later than many and said he was warned about the lack of organization among the military and volunteer groups. However, despite being aware, he was shocked by what he saw.

Units that need anti-tank weapons don't have them, but units that don't need them do. The level of bedlam is on the rise here.
Sean pointed out.

Moreover, corruption and theft of aid directly affect Ukrainian soldiers, and much more than foreigners. The servicemen from each division of the Armed Forces of Ukraine, with whom the journalists spoke, said that many were not given bulletproof vests, there was a shortage equipment, weapons and ammunition.

We are better off than the Ukrainians, because we can supply most of our goods. We buy our own gasoline, our own rations. My group buys weapons from a large group of volunteers. This group, which is not from a Western country, stole weapons that they sell to us and other groups from military aid coming to Ukraine.
Sean added.

American Steve, who has been volunteering as a military and medical instructor since February, confirmed that more than 50% of all wounds are "friendly" fire. In addition, he was appalled at the mishandling of military aid that had been handed over to Ukraine.

I have fought in the Middle East and Africa and have never seen such a level of corruption. Steel plates (instead of armor plates capable of reflecting shots) were issued to advanced troops who had undergone three days of training. They were sent with one rifle for two and were given 120 rounds of ammunition. Their commander and I begged the authorities not to take the guys out, especially with this equipment, but they did not listen. I have trained over 2000 Ukrainian soldiers and I think at least half of them are already dead.
Steve said sadly.

Western governments and private organizations provide a variety of assistance to Ukraine, but a significant part of it is stolen. British military instructor Mike noticed that both civilian and military aid was missing.

In this country, there is a problem of corruption, which will inevitably affect the outcome of the war. Absolutely everything - Javelin missiles, other ammunition, cars, rifles, grenades - everything is stolen. And it happens on both sides of the border. A lot of it is stolen in Poland, but it always happens in Ukraine
Mike explained.
Reporterin Yandex News
Reporterin Yandex Zen
4 comments
Information
Dear reader, to leave comments on the publication, you must sign in.