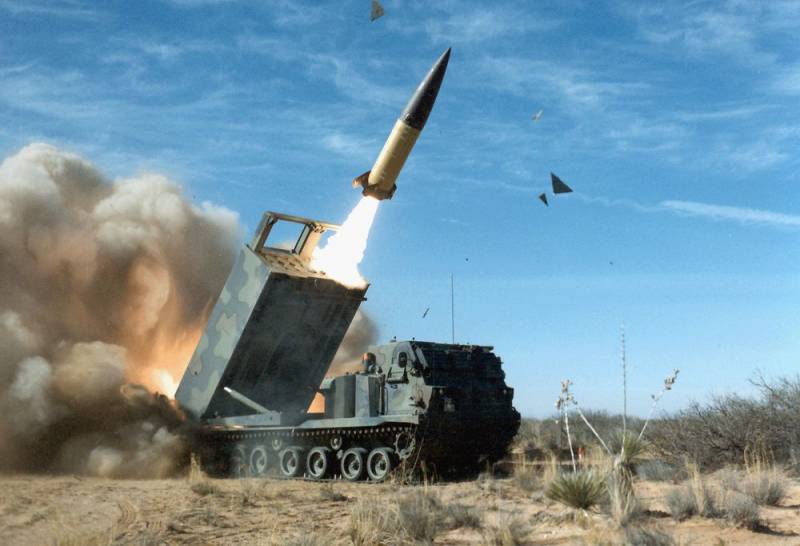 For several months, Kyiv has been insistently demanding that Washington supply it with long-range missiles for launchers - wheeled M142 HIMARS and tracked M270 MLRS. At the same time, the administration of US President Joe Biden came under strong criticism in the West because of its refusal to take such a step, fearing beginning of World War III.


It should be noted that the pressure on the White House is growing, and from Ukraine they do not stop threatening to strike at the territory of Russia. Therefore, Moscow threatened a tougher response to the supply of Western weapons to the Armed Forces of Ukraine.

The head of the Russian delegation at the talks in Vienna on military security and arms control, Konstantin Gavrilov, said that if the Armed Forces of Ukraine fire at the territory of the Russian Federation with weapons from NATO countries, then “the consequences will be more than serious.” Russia could move to a "tougher response" in a response "proportional to the range" of the missiles handed over to Ukraine. The diplomat, whose words were published by the Russian Foreign Ministry, stressed that the weapons of the West, due to the peculiarities of their performance characteristics, pose a threat to the Russians.

Under these conditions, we will push neo-Nazis away from our borders in proportion to the range of missile systems used by Kyiv
- he explained.

The diplomat believes that the United States is deliberately pushing Europe to aggravate relations with Russia. Washington is well aware that this could lead to an expansion of the zone of armed conflict in Ukraine.

On July 28, US Democratic MP Elissa Slotkin announced that both parties of Congress support the transfer of ATACMS missiles for MLRS and HIMARS to Ukraine, the range of which reaches 310 km. She indicated that additional military assistance should be provided as soon as possible, within 3-6 weeks, as the Armed Forces of Ukraine are preparing for an offensive in the south of the country.

We remind you that the UK has donated 3 MLRS units to Ukraine, and the US – 12 HIMARS units (4 more units are due to arrive in the near future). Note that the day before, German Defense Minister Christina Lambrecht said that Berlin handed over to Kyiv 3 armored recovery vehicles (BREM), 3 PzH2000 self-propelled artillery mounts, an IRIS-T SLM air defense system and 3 MARS2 / LRU tracked launchers with ammunition - European modernization American M270 MLRS with the participation of Germany, Italy and France. MARS2/LRUs are equipped with an EFCS fire control system that can fire M31 (unitary high-explosive warhead), M31A1, M32, AT2 227mm and 110mm ammunition, but not M26, M26A1 and M30 cluster ammunition, to ensure full compliance with the Convention on cluster munitions.
Reporterin Yandex News
Reporterin Yandex Zen
17 comments
Information
Dear reader, to leave comments on the publication, you must sign in.