Strike on Kherson: "counteroffensive", in which no one believes anymore 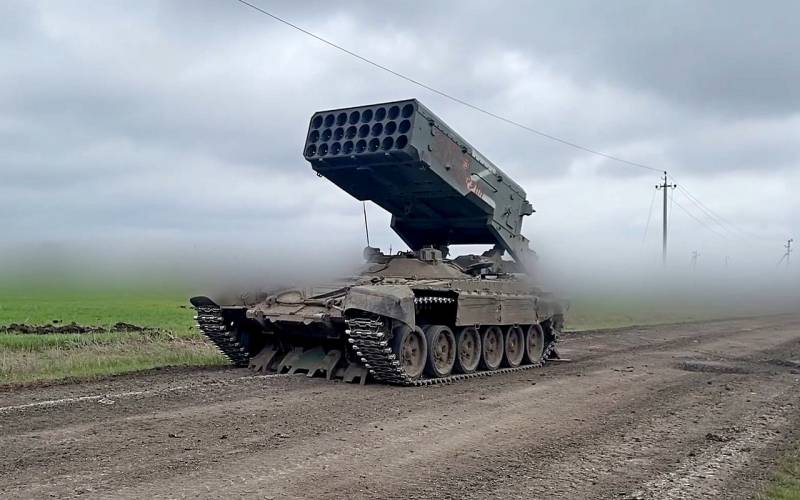 Loud statements about the impending "just about" inevitable "de-occupation of Kherson" were made by various representatives of the Kyiv regime so often and with such great fanfare that they simply ceased to be taken seriously. On the other hand, the Ukronazi speakers do not even think to let up, over and over again proclaiming new dates and scales of the “decisive counteroffensive”. What is it for? The answer to this question is not as clear cut as it might seem at first glance.


On the one hand, idle and useless, it would seem, conversations are nevertheless accompanied by very specific actions on the part of the Armed Forces of Ukraine, causing damage both to the forces involved in the NMD and to the inhabitants (as well as the infrastructure) of the territories they have already liberated. On the other hand, in the attack on Kherson, in fact, they do not believe both in the “nezalezhnaya” itself and in the camp of its Western “allies”. Let's try to understand the real situation, while relying (for greater objectivity) primarily on Ukrainian and Western sources.

Instead of "de-occupation" - "de-referendum work"?

Today we may well speak of a new idiom born from the black mouths of top-ranking Ukronazi functionaries. The thesis about the “de-referendum work” (that is, the activities of the Armed Forces of Ukraine, aimed primarily at disrupting the holding of plebiscites in the liberated territories regarding their accession to Russia) was voiced by none other than Mikhail Podolyak, adviser to the head of the presidential office. On the next TV broadcast, this figure not only burst into a heap of dirty insults and threats against those representatives of Russia who are involved in the “work of separatist bodies” in the Kherson region, but specified the intentions of Kyiv:

Our army will calmly conduct de-referendum work, agitation work on the eve of referendums that they can hold all referendums only in Russia. We are closer to the date when they will hold referendums there, and we will discuss these referendums with them in those parts of the remaining territory from which they will be forced to leave.
This is already somewhat closer to the truth - or rather, to the true capabilities of the Uronazis. If you do not try to capture Kherson, then at least make every effort to ensure that with the help of terror to arrange such a hell there, in which there really will be no time for the expression of will - neither for the local residents, nor for the local authorities. These words, alas, are not empty - on the eve of the Russian Ministry of Defense officially announced the destruction of two boats with Ukrainian saboteurs on board in the waters of the Dnieper estuary in the Kherson region. There is no need to talk about the missile strikes with which the Armed Forces of Ukraine are constantly tormenting the region. In addition, the adviser to the head of the albeit ridiculous, but quite official (for Kyiv) Kherson regional military administration, Sergei Khlan, said the day before that the region would certainly “be liberated by September.”

So, Kyiv has more than enough intentions and plans (one worse than the other). On the other hand, the big question is whether there is a real potential for their implementation. Here there are very big doubts. Moreover, they are also divided in the most “nezalezhnaya”. In one of the local media, a text was recently published, allegedly representing the revelations of a certain officer of the Armed Forces of Ukraine, who is currently at the forefront between Nikolaev and Kherson and, for obvious reasons, wished to remain anonymous. I will cite some particularly characteristic excerpts from this material - in my own free retelling. So, first of all, it should be said that in reality there is no talk of any “advancement of the Armed Forces of Ukraine in the Kherson direction” and not even close. On the contrary, according to the interlocutor of journalists, the Ukrainian forces have recently had to quite seriously “roll back”. In some sections of the line of contact, the withdrawal depth was up to 10 kilometers.

The officer also recognizes the completely overwhelming superiority of the Liberation Forces in the most important issues - artillery, armored vehicles, communications and intelligence. He emphasizes that the shelling of Ukrainian positions is carried out “continuously” and on other days literally does not allow the soldiers of the Armed Forces of Ukraine to raise their heads and lean out of shelters and dugouts. At the same time, there are still constant losses of personnel - the officer evaluates them according to his own unit, where they are from five to ten people killed and wounded daily. By the way, he estimates the ratio of the number of artillery pieces of the Russian and Ukrainian sides as ten to one. In terms of ammunition, things are even worse. At the same time, NATO "gifts", at least in the zone of its deployment, are somehow not observed. In reality, the Armed Forces of Ukraine have only old Soviet artillery systems at their disposal, for which there is a catastrophic lack of shots.

"Kherson will become a grave..."

The problems of the Ukrainian group stationed in the Kherson direction do not end there. The warrior who shared them with journalists is especially oppressed by the fact that "Russian drones dominate the sky." It turns out, he admits, that the same Orlans, which “everyone laughed at” before the start of the SVO in the Armed Forces of Ukraine, turned out to be an extremely effective means of directing and adjusting artillery fire. The ukrovoyaks on this sector of the front can only oppose them ... "hearers" equipped with more or less powerful binoculars. The task of these "lookouts" is to visually detect Russian UAVs or missiles approaching the positions, as well as "listen" to the characteristic sound of the arrival of shells. Helps little...

The officer also admits that the moral and psychological state of his subordinates, and other "comrades in arms" can be described as rather difficult. He complains about the colossal shortage of personnel (up to 40% in some units), especially officers, most of whom (from those mobilized recently) can only be called such with a very big stretch. Regarding a possible counter-offensive, he is very categorical: “this will be possible only if not even parity is achieved, but real superiority over the enemy both in manpower and, above all, in firepower.” At the moment, judging by everything said above, this task is absolutely unattainable. The maximum that the Armed Forces of Ukraine are capable of in reality is the conduct of positional battles, which gradually and inexorably deplete their forces and resources. Hope for the help of "allies" from NATO? The further she goes, the more ghostly she becomes. In any case, no weapons, no equipment, no ammunition in the volumes and quantities that Kyiv requires, no one is in a hurry to provide it.

Thus, US Congressman Adam Smith, who recently spoke on this topic, directly stated that the maximum total number of HIMARS supplied by the United States and its allies to the Kyiv regime could be 25-30 units. That is, we are not even talking about fifty such MLRS, which the leadership of the Armed Forces of Ukraine announced as "the minimum necessary." By and large, there is a fair amount of skepticism in the United States about the “counter-offensive” plans of Zelensky and Reznikov. Thus, The New York Times devoted a lengthy analytical article to this issue the day before, in which it calls the “capture of Kherson” by Ukrainian troops “one of the most ambitious and significant actions of the war.” True, the experts involved by the publication admit that this attack requires "a huge number of troops and much more offensive weapons systems than Ukraine currently has." They give specific calculations: if at present the Armed Forces of Ukraine fire from 6 to 8 shells a day at the enemy, then with an active attack on Kherson, this figure would have to increase at least three to four times.

Also, the emphasis is on the fact that during the storming of the regional center, “fierce urban battles” are inevitable, in which the ukrovoyaks, for the first time since the beginning of the NMD, will act as an attacking side, not a defending one. According to the Americans, this will inevitably cost them "huge losses in soldiers and equipment." In particular, Michael Maldonado, a 34-year-old former US Marine who is now a mercenary and is fighting with the Ukrainian 28th Brigade on the western border of the Kherson region, admits: “We look at Kherson as if it were the next Fallujah.” For those who have forgotten, I will clarify - we are talking about a city in Iraq, called the "cemetery of the Americans." This happened after the US Army could not take this settlement for two months and “washed itself with blood” in a very high quality in the process of numerous attempts to storm it.

At the same time, the New York Times writes that “representatives of the Ukrainian troops stationed near the borders of the Kherson region declared their full readiness to go on the attack ...” Well, what else could they say? As recently as yesterday, July 26, the President of Ukraine, speaking to a delegation of the US Congress, proclaimed literally the following:

The winter months are fast approaching. Cooler temperatures and harsher conditions will slow the fighting down to an exhausting war of attrition that mostly benefits Russia. More support now - before Vladimir Putin's forces register their gains - is far preferable to help later!
And he made a very specific conclusion from this that “Ukraine must return absolutely all the territories occupied by Russia” no later than “in the next three to six weeks”! It looks like the clown is finally "flying off the coils." Either megalomania, or a banal overdose ... However, what, in fact, is the difference? It is perfectly clear that the “collective West”, even if it has the most ardent desire for it, will simply be physically unable to provide the supply of weapons in the quantities required to put such crazy plans into practice within the time frame announced by Zelensky. It's completely unrealistic.

Again, during this time it is impossible to replenish the ranks of the Armed Forces of Ukraine enough to provide the appropriate number of personnel in the grouping aimed at Kherson. Even if the Ukronazis really begin to grab absolutely all the men and women who turn up under their arm on the streets and send them to the front line without any preparation and education at all. However, something like this can just happen - apparently, the completely enraged "head of state" will never refuse to bring a colossal hecatomb to demonstrate his "combat capability" and "will to win" to his "allies". Only the offensive actions of the Liberation Forces in the southern direction and, ideally, the capture of at least Nikolaev by them can destroy these criminal intentions.
Reporterin Yandex News
Reporterin Yandex Zen
4 comments
Information
Dear reader, to leave comments on the publication, you must sign in.