The rocket flew through the window: an attack on the place of deployment of Polish mercenaries in the Donbass is shown 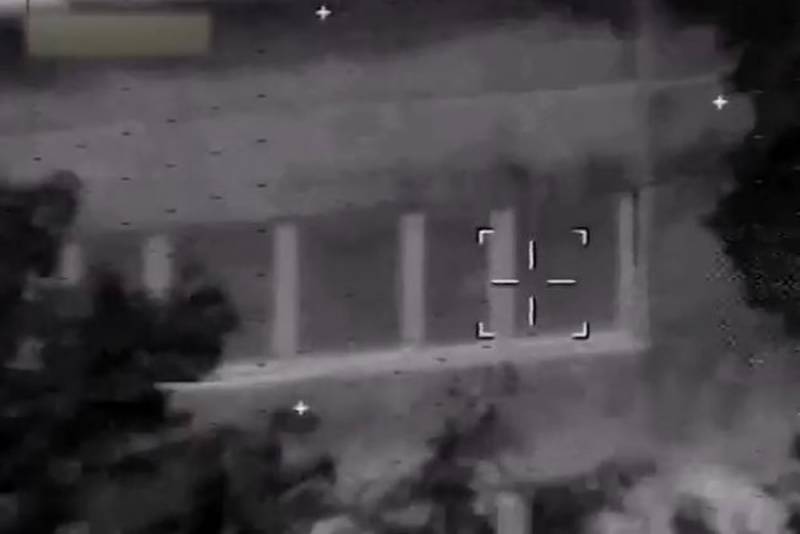 In the process of conducting a Russian special operation on Ukrainian territory, the RF Armed Forces dealt another blow to foreign mercenaries fighting on the side of the Armed Forces of Ukraine. This was announced on July 26 by the Russian Ministry of Defense in its report on the conduct of the NMD for the previous day.


The department gave details of what happened. It is specified that the planes of the Russian Aerospace Forces fired air-to-surface missiles that hit the temporary deployment point of one of the units of the Foreign Legion near the city of Konstantinovka temporarily occupied by the Kyiv regime in the DPR. As a result, 40 foreign fighters were destroyed, most of them Poles.

As evidence, the department released a video showing how one of the released Russian precision-guided munitions flies right into the window of the room where the mercenaries were.


Note that this is far from the first such case when a rocket flies through a window or even through a window. A week ago, something similar was done by "Products-305E", startling stronghold of the Armed Forces of Ukraine in the Dnipropetrovsk region.

It should be added that the last report of the Russian Ministry of Defense mentioned also spoke about the strike of the Russian Aerospace Forces on the artillery battalion of the 59th separate motorized infantry brigade of the Armed Forces of Ukraine near Nikolaev. As a result, the loss of the enemy in manpower and weapons amounted to 70%.

Russian artillery, missile troops, army and operational-tactical aviation also did not sit idle. Over the past day, they hit: 8 command posts, including the 14th separate mechanized brigade in the DPR, as well as the 28th separate mechanized, 79th air assault and 61st separate infantry brigades in the Nikolaev region.

It was destroyed: the Soviet OSA-AKM air defense system and RAV warehouses near Kulbakino and Yavkino in the Nikolaev region, the American AN / TPQ-37 counter-battery radar and ammunition depots near Bakhmutsky, Yakovlevka and Zaitsevo in the DPR.

In the course of counter-battery work, the following were hit: a battery of the Uragan MLRS, an artillery battery of Giatsint-B howitzers in the DPR, 6 platoons of the MLRS Grad in the areas of Shirokoye, Bereznegovatoe in the Mykolaiv region, Ternovatoe, Yulyevka in the Zaporozhye region, Paraskoviyivka, Krasnoye in the DPR , 4 platoons of D-20 howitzers, 7 platoons of self-propelled guns "Gvozdika", as well as 9 platoons of D-30 guns at firing positions near Seversk, Dzerzhinsk, Georgievka, Vodiane, Razdolny, Pereezdny, Podgorny, Severny in the DPR, Pershe Travnya in the Dnipropetrovsk region , Novopavlovka, Calm in the Zaporozhye region, Visunsk, Kalinovka in the Mykolaiv region, Pyatigorsky, Skripai and Petrovka in the Kharkiv region.

Air defense systems shot down two Ukrainian UAVs - one in the Kharkiv region, the other - in the Mykolaiv region.

Thus, the greatest confrontation is now observed in the Donbass and in the area of ​​​​the Russian bridgehead on the Right Bank of the Dnieper River between Nikolaev and Kherson. We remind you that, according to the assurances of the military-political leadership of Russia, the NMD in Ukraine will not end until the RF Armed Forces have fully completed all the tasks assigned to them.
Reporterin Yandex News
Reporterin Yandex Zen
2 comments
Information
Dear reader, to leave comments on the publication, you must sign in.