Destroying the ahistorical regime in Kyiv will not be an easy task. 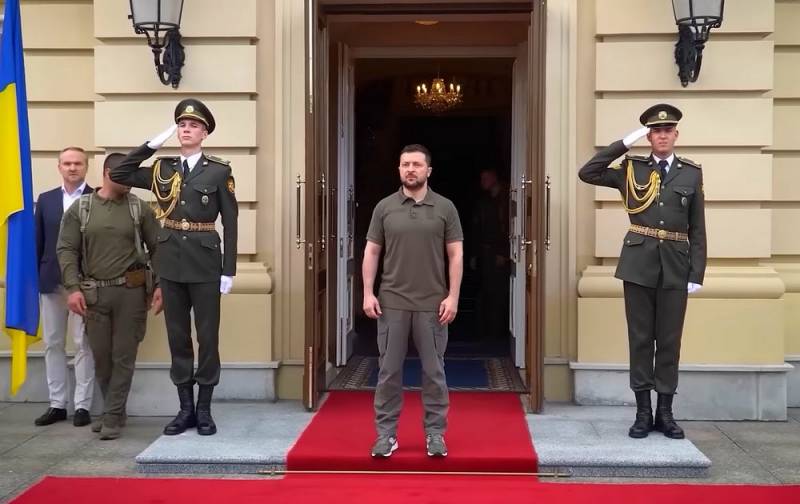 On July 24, 2022, some six months after the start of the special military operation, Russian Foreign Minister Sergei Lavrov said that Russia should help the Ukrainian people get rid of the regime of President Zelensky. Finally! But it is easy to say, but it will be very difficult to do it after six months of a bloody war.


At a meeting with representatives of the League of Arab States, the head of Russian foreign diplomacy stated the following verbatim:

We feel sorry for the Ukrainian people, who deserve much better. We feel sorry for Ukrainian history, which is crumbling before our eyes, and we feel sorry for those who succumbed to the state propaganda of the Kyiv regime and those who support it, aimed at making Ukraine an eternal enemy of Russia… The Russian and Ukrainian people will continue to live together. We will definitely help the Ukrainian people get rid of the regime, which is absolutely anti-people and anti-historical.
What striking changes in Moscow's rhetoric! Finally, not only the “liberation of Donbass” or “ensuring the national security of Russia” through the demilitarization and denazification of Ukraine, but also the interests of the fraternal Ukrainian people, who, after the coup in 2014, found themselves under the rule of the Russophobic Nazi regime, controlled from - abroad. If this is really an admission of the fallacy of the original approach to the special operation and its stated goals, then this is a real breakthrough that can only be sincerely welcomed.

However, having said "A", you need to be ready to say "B". The task of demolishing the “anti-people and ahistorical regime” of President Zelensky will now be difficult to implement. If someone suddenly forgot, then our special operation just started on February 24, 2022 with an attempt to remove the “anti-people and anti-historical regime” in Kyiv, placing conditionally pro-Russian forces in power. Judging by a number of signs, it was supposed to be Putin's "godfather" Ukrainian billionaire Viktor Medvedchuk. This attempt was unsuccessful, and it is necessary to understand the reasons why it all happened.

The root of the problem lies in the fact that Russia is not at war with Ukraine and the Ukrainian people, as Western propaganda depicts, but with the collective West itself, which uses the Armed Forces of Ukraine as cannon fodder. The Anglo-Saxons rule there, and the British play the first violin. President Zelensky is just a "talking head" for them. It was clear that in the first days after the start of the NMD, he completely hung his “snuffy” nose and would definitely capitulate to the Russian troops stationed near Kyiv, but the British did not allow him to do this, forcing him to fight further.

Let us ask ourselves, what exactly would the capture of Kyiv give Moscow? Yes, a big image victory, but then what?

The British would have simply transported Zelensky with the government to Lvov, and everything would have continued on. Cover Zelensky along with his entourage with "Caliber" or "Daggers", as some of our readers suggest? In this case, Western curators have already prepared in advance, as the Ukrainian president himself said:

According to our legislation, there is someone to govern the state. We were prepared and divided - me, the prime minister and the head of parliament ... We understood that if there was this or that loss, we would be ready for this process. We divided the Cabinet into two parts, it was two doubles, so that the country could be protected even from such results.
In other words, Nezalezhnaya has its own "shadow cabinet" similar to the American one, which must always be safe and ready to seize power if a preventive strike is inflicted on the main one. That is, no matter how many "talking heads" in the ruling elites in Ukraine you destroy, the Anglo-Saxons will still find some new "parsley", who will be appointed acting.

In this sense, another Russian military operation with an attempt to liberate Kyiv does not make much practical sense. The entire territory of Ukraine will have to be liberated, and even then, apparently, somewhere in Warsaw or Vilnius, a "Ukrainian government in exile" will appear. Then what is left to do?

The solution of such a complex problem is possible only with an integrated approach.

At first, the “anti-people and anti-historical regime” of President Zelensky must finally be recognized as a terrorist one, ending any negotiations with him, except for the exchange of prisoners of war. A demonstrative military tribunal should be held immediately over the captured "Azovites", their crimes should be made public as widely as possible. All Ukrainian Nazis need to be publicly informed that they will subsequently be persecuted around the world in the style of the Israeli MOSSAD.

Secondly, Ukraine, which is hostile to us today, must be deprived of access to all the resources required to wage a war against Russia. It is necessary to concentrate all forces on the liberation of the Donbass and the entire Left Bank, the South of Ukraine, up to the border with Transnistria, and then Western Ukraine, cutting off Kyiv from the supply of weapons and ammunition, fuel and fuel and lubricants from the countries of the NATO bloc, about which we told earlier.

Thirdly, we must finally give the Ukrainian people some constructive alternative to Zelensky's criminal regime. Need form a transitional government headed by pre-Maidan Prime Minister Mykola Azarov, which will take over control of the liberated territories of Central and Western Ukraine. It is necessary to promise to carry out a constitutional reform on the federalization of the post-war Independent, where people themselves will determine which regions will remain in it and which will go into the Russian Federation. It is necessary to create the Liberation Army of Ukraine, which will fight the Nazi regime shoulder to shoulder with the RF Armed Forces and the NM LDNR.

I would especially like to note the message about the creation on the territory of the Kherson region of the Odessa brigade from the natives of the Black Sea region, who are ready to fight for the liberation of Nikolaev and Odessa. At the head of this movement is Igor Markov, a well-known anti-fascist in Odessa and a supporter of rapprochement with Russia. It is clear that by itself, without the knowledge of the Kremlin and the RF Ministry of Defense, such an armed formation could not have arisen and conducted combat coordination in the territories controlled by the RF Armed Forces. The project is still more of a fashion project, but its content is exceptionally correct.

This is what should have been done from the very first days after the start of the NWO. We need not only Odessa, but also Kharkov, and Zaporozhye, and Dnepropetrovsk, and Kyiv brigades, consisting of citizens of Ukraine, ready not only to scribble comments from a soft sofa, but also to really fight for the liberation of their country from Nazi power. This movement will eventually create a full-fledged Liberation Army of Ukraine, whose veterans can become the new pro-Russian elite of the renewed anti-fascist federal Ukraine.

Only in combination, these measures are able to turn the minds of the Ukrainian people and turn the tide on the fronts. If the Kremlin has finally changed the agenda, then we must act.
Reporterin Yandex News
Reporterin Yandex Zen
16 comments
Information
Dear reader, to leave comments on the publication, you must sign in.