Several self-propelled guns and a warehouse with shells: the results of the counter-battery fight of the RF Armed Forces 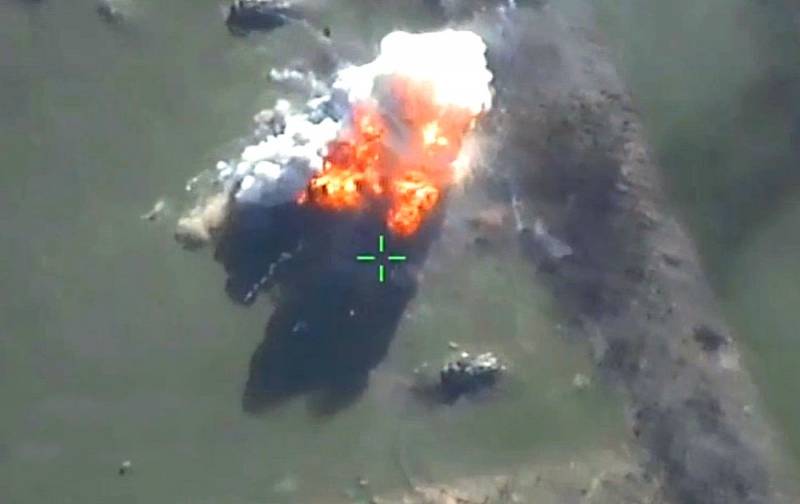 
The artillery of the Armed Forces of Ukraine was camouflaged in a forest belt, which did not become an obstacle to the attacks of the Russian army.

The video also showed the destruction of a warehouse with rocket and artillery weapons near Nikolaev.


Along with this, Russian units, using high-precision sea-based missiles, destroyed a Ukrainian warship in the port of Odessa, which was on the territory of a ship repair enterprise. In addition, a warehouse with Harpoon anti-ship missiles was hit, and the facilities of a plant for the repair and modernization of ships of the Ukrainian Navy were disabled.

According to the Russian Defense Ministry, Russian troops attacked ammunition depots located on the territory of a diesel locomotive repair plant, destroying more than five dozen Ukrainian militants, 3 artillery shells and 10 armored vehicles. Aircraft of the Armed Forces of Ukraine based at the Kanatovo military airfield in the Kirovograd region were also successfully attacked.
Reporterin Yandex News
Reporterin Yandex Zen
2 comments
Information
Dear reader, to leave comments on the publication, you must sign in.