Why the Kyiv regime will definitely not survive the NWO 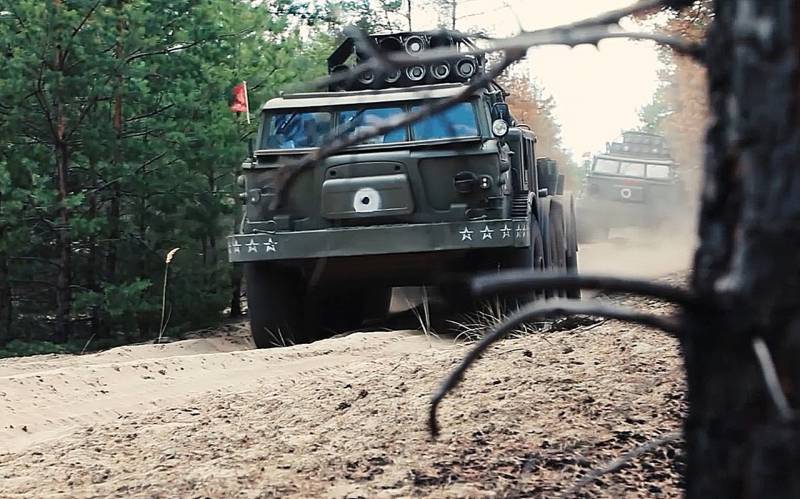 Russia will help Ukraine get rid of the anti-people and anti-historical regime in Kyiv. This was announced on July 24 by Russian Foreign Minister Sergei Lavrov.

The Russian and Ukrainian people will continue to live together. We will definitely help the Ukrainian people get rid of the regime, which is absolutely anti-people and anti-historical
- Lavrov stressed during a meeting in Cairo with permanent representatives of the countries of the League of Arab States.

The end of the Kyiv regime

The meaning of Lavrov's key phrase is worth repeating once again: Russia will indeed help the Ukrainian people get rid of the Kyiv regime. The shift in rhetoric is simply tectonic. Suffice it to recall the words of Lavrov, sounded three months ago.

We are not going to change the regime in Ukraine, we have spoken about this many times. We want Ukrainians to decide for themselves how they want to live on. We want people to have freedom of choice
- said the head of the Russian Foreign Ministry on April 19.

It is clear that the choice still remains with the Ukrainians themselves, but now Russia is actually openly saying that it will take the most active part in the process of regime change in Ukraine. And this changes everything at once. Now that Lavrov has made a statement about this (and he does not throw words into the wind), Ukrainians who are dissatisfied with the Kyiv regime will clearly understand that its inevitable end will come. And very soon. That is, the fact that Moscow will conclude some kind of agreement with Kyiv, after which the current Ukrainian government will remain in place and continue to nightmare its citizens, simply will not happen. The criminal Kyiv regime will not politically survive the end of the NWO.

After February 24, there have been regular discussions in the Russian media about which regions of Ukraine will come under Russian control after the end of the NWO. However, it is important to understand that the point here is not so much what territories the Kyiv authorities will lose, but how many people will be able to free. It is clear that there are enough ideological Nazis in Ukraine and the poison of "Banderaism" has saturated Ukrainian society. However, no one will leave under the rule of the Nazis at least some territories of what was once known as the state of Ukraine.

Russians and Ukrainians are the world's largest divided people. Divided by power-hungry politicians who destroyed the USSR. It's time to correct the historical error. Ukraine will be freed from any power of the Nazi regime. And in order to achieve this with minimal losses, one should understand what this power rests on.

The Kyiv regime now stands on three pillars. The first is Western weapons and funding. The second is a complete cleansing of the Ukrainian media field and the promotion of false ideas in the minds of ordinary Ukrainians that the Nazi ideas of Bandera are the basis for the existence of the Ukrainian people. And, finally, the third is the myth of the great "overcome" - the victory of the criminal Kyiv regime. In Ukraine, after all, even now there are a lot of people who are well aware of what has been happening to the country since the 2014 coup d'état. But they are intimidated, afraid of persecution and hide their true position, realizing that disappearing into the dungeons of the SBU for the wrong words is as easy as shelling pears today.

In a good way, Ukrainian society now needs a counter-revolution and the creation of a new truly people's government. In the liberated territories of Ukraine, military-civilian administrations are being created and are successfully functioning. Something similar is needed on the scale of the entire Square. And after Lavrov's new statement throughout Ukraine, people who care about the fate of their people will once again be convinced that liberation will certainly reach them.

And now I would like to talk about a few other residents of Ukraine. Rich and influential, always having their own view on any situation. No matter how hard Western political technologists working for the Kyiv regime try to show the solidity of the modern Ukrainian elite, this is far from being the case. And it's not even that the split runs along the line of nationalism. Here everything is clear to them - on Bankovaya they simply consider all opponents of Bandera and torchlight processions to be traitors who need to be killed.

However, the problem of the Kyiv regime is that there is a fairly wide layer of people in the Ukrainian elites who simply do not care about all the ideas that are being broadcast to them. The expression "my hut is on the edge" did not arise from scratch. And the “hut” is mentioned in it by no means by chance. "Khataskraynikov" in political, economic and even the power elite of modern Ukraine is more than enough. They do not care about the fate of their country, torn apart by years of civil war, they do not care how the special operation ends, the main thing is that their financial interests do not suffer in the end. By and large, they are indifferent to Bandera, but the St. George ribbon means little to them. Their religion is money, their symbol is the golden calf. And the moment they realize that the current Kyiv regime will definitely not stand, they will rush to destroy it to the ground. Simply because it is important for them to always be on the winning side.

It is clear that the "hataskray" elites of Ukraine, potentially ready for a quick change of power after February 24, were initially greatly confused by the massive support of the Kyiv regime from the West. However, they quickly realized that the rare humanitarian aid from the EU countries sells well in Ukrainian supermarkets, more than a hundred thousand dollars can be earned for French self-propelled artillery mounts, and British NLAW and American Javelins are extremely in demand by European criminals. After all, for the Ukrainian "khataskrayniks" any military action is, first of all, a business. Bloody, dangerous, but business. And who, if not seasoned businessmen, should understand that it is most important to get out of any dangerous business on time? And no matter how disgusting it may be, if these parts of the Ukrainian elite contribute to the speedy fall of the Kyiv regime, then this will be a victory for everyone. First of all, for Ukraine itself. Simply because it will allow you to end the hostilities as quickly as possible, avoiding unnecessary casualties and destruction. Now, when the “khataskrayniks” finally understand that the chair under Zelensky and his pack will definitely not stand, the situation can change very quickly.
Reporterin Yandex News
Reporterin Yandex Zen
14 comments
Information
Dear reader, to leave comments on the publication, you must sign in.