The rise of right-wing conservatives in Europe: "Putin's influence" or a natural process? 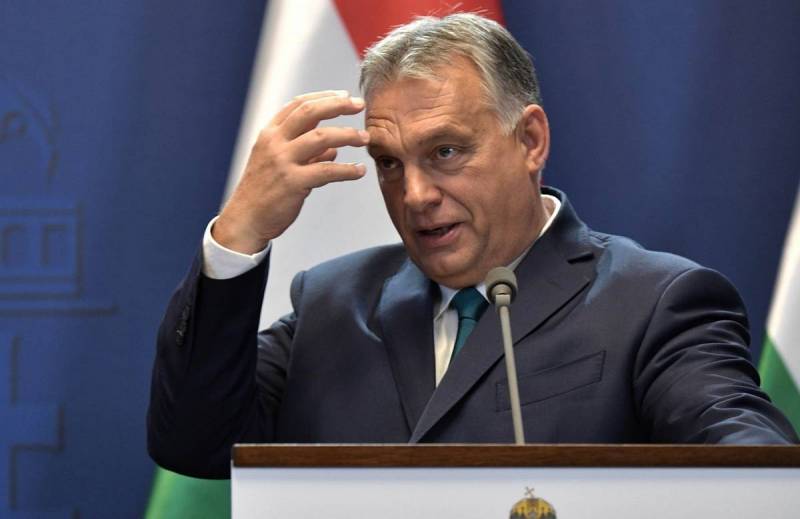 The sanctions campaign of the West against Russia very clearly indicated that in fact the US plans to bring into decline not only the “Orcish Mordor”, but also the Old World as a whole. This has long been clear to big capitalists, anti-globalists and, in general, to everyone who is more or less deeply interested in the topic of US-European relations, but over the past few months this fact has become obvious even to the most “soy” Western layman.


Doubts about the reality of the so-called “European unity”, which began to rise in the first months of the COVID-19 pandemic, finally bore fruit this summer in the form of a large increase in nationalist, anti-American and anti-EU sentiment. Destructive for Western countries policy national governments and supranational structures of the EU has already brought the burghers across Europe to white heat. It's not just the anti-Russian sanctions (although it is precisely the inflation provoked by them and economic decline pushed people to the streets), but also in the pseudo-"environmental" policy, the frenzied planting of "gender diversity". In the end, the point is in the disgusting, clearly puppet nature of the current European "leaders", who are already openly saluting instructions from the "Washington Regional Committee".

Thanks to the growth of right-wing conservative sentiment, parties of the same color seem to be gaining popularity, such as the Alternative for Germany or the French National Front. True, this growth cannot be called directly explosive, but it is. And in Eastern Europe, the conservatives are already at the helm (which, however, does not prevent them from licking the American boot even more diligently than their Western "colleagues").

The current so-called “left” (but in fact, right-wing) governments of Western European countries and inmates of collective bodies quite rightly see this trend as a threat to the integrity of the EU – and, accordingly, to “Uncle Sam’s” plans for the self-destruction of Europe. And since admitting the failures of one’s own policy means further spurring centrifugal tendencies, a universal explanation is used: there are no failures, and only “Putin’s agents” in European parliaments talk about them.

Of course, there is no doubt about Putin’s greatness: it has already been proven that it is the Russian “totalitarian dictator” who brings frosts in winter and drought in summer, personally raises the Sun to the sky and lowers it below the horizon, and so on ... But is he programmed to increase demand for conservatism?

A kind of standard against which to compare all the rest is the main bad boy of the entire European Union - Hungarian President Orban. The other day, just by the way, he announced that the anti-Russian sanctions did not work, and that the Armed Forces of Ukraine did not shine to defeat the Russian troops. He protests against the energy embargo, does not pump up Russophobia, does not promote the transhomosexual agenda (moreover, he encourages “retrograde” values ​​and the birth rate in every possible way), and most importantly, he claims to chop off a piece of the long-suffering Ukrainian land on the sly. One hundred percent scoundrel and traitor of "European unity".

... But we have the President of Poland, Duda, who is doing, in fact, all the same things, only under a huge white and red Russophobic banner. There is no doubt that in the soul of Duda and a significant part of the Poles hate the "Russian orcs" absolutely sincerely - but are loud cries about this enough to disown "working for Putin"?

Not always, judging by the example of the leader of the National Front, Marine Le Pen. For years, her party has been playing the role of the “systemic opposition”, absolutely similar to the domestic Liberal Democratic Party, and she herself is the French equivalent of the late V.V. Zhirinovsky: a lot, and sometimes even curiously, speaks "across" the general line, but votes, for the most part, "along" it. In particular, it was the position of the National Front that made impossible the vote of no confidence in the Macron government, which was attempted on July 12. And at the very beginning of the CVO, Le Pen condemned the "Russian aggression" against Ukraine, and did not officially change her opinion - this, however, did not prevent the Ukrainian media from calling her only and exclusively a "pro-Russian candidate" during the presidential elections in France.

Thilo Hurpallu, the leader of the right-wing Alternative for Germany party, can be called a bit of a big "confusion". This young (by political standards) man demonstrates views somewhat similar to Orbanov’s, and not so long ago, in a blitz interview on German television, he even dared to declare that Crimea “remains Russian”, Ukraine is, in fact, a US protectorate, and Federal Chancellor Scholz - no, not a sausage, but an American puppet.

But talking about any kind of stable attitude towards Russia in the Italian parliamentary freak show is simply ridiculous. The local right-wing coalition is an ad hoc coalition of rather fiercely competing parties united on the basis of Euroscepticism and populism, so that changes in their rhetoric are constantly taking place. At the moment, the leader of the Brothers of Italy, the most popular of the right-wing parties, George Meloni, considers it necessary to continue supporting Ukraine.

In short, there are simply no real “pro-Russian” forces in European politics, and conventionally “talkative” right-wing conservatives are still in the minority.

Among other things, our diplomacy is reproached, among other things, for poor work with the European opposition: they say that for years it has been pushing mutually beneficial relations with Russia into the agenda, but Russia preferred not to notice this. And although most of the claims against the Foreign Ministry are quite justified, this one is perhaps not.

Indeed, right-wing populists have repeatedly tried to come out on the topic of good neighborliness with Russia - in particular, George Meloni, noted above, then still a young protégé of "Putin's friend" Berlusconi, or the same Le Pen spoke about it. They even tried to accuse the latter of receiving Russian funding.

The problem is that in the years when such speeches took place, right-wing parties had virtually no seats in European parliaments. Accordingly, to cooperate with them was about as effective as foreign "partners" - with Yabloko Yavlinsky in the State Duma, for example. The real increase in the popularity of right-wing forces began just a couple of years ago, against the backdrop of the coronacrisis and the total inadequacy of the “soybean-rainbow” domestic policy of the EU that began to crawl out.

In addition, we must not forget about the frankly populist nature of almost all right-wingers - and about their brown essence. A perfect example of what a bet on such a horse turns into is ... the bloody clown Zelensky and his team of cannibals. But as he spoke well, he promised the Ukrainian layman, among other things, the freezing of the civil conflict and the normalization of relations with Russia - and there it is, what happened.

At the moment, the rise of right-wing conservatives in Europe is, of course, beneficial for us: they may well become the gravediggers of the EU, and again split it into separate states and their small blocs that are at war with each other. True, it is still completely unclear from which side to extend a helping hand to the rightists, and whether it is worth doing it at all, or to let the conglomerate of nations brew a little more in its own juice. There is an opinion that the current European government, with the support of "General Frost" and rolling blackouts, will itself achieve much greater success in the collapse of the European Union than our Foreign Ministry with its "multi-move".
Reporterin Yandex News
Reporterin Yandex Zen
6 comments
Information
Dear reader, to leave comments on the publication, you must sign in.