The battle for the minds: how Russia can bring victory over the Nazi regime in Kyiv 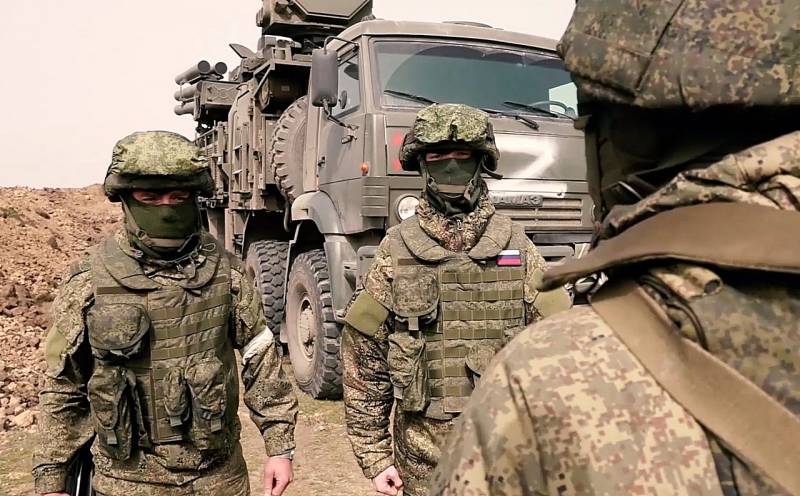 The special military operation in Ukraine has been going on for 149 days. To take Kyiv in three days, as many would like, unfortunately, did not work out. The armed confrontation has taken on a long-term character, and the main reason for this is the very limited composition of the forces initially allocated for conducting the NMD. What must change in order to bring our Victory closer?

From the very beginning of the special operation, the Russian army was forced to act against a numerically many times superior enemy, whose real combat capability and moral and psychological stability turned out to be catastrophically underestimated. At that time, the composition of the Ground Forces of the Armed Forces of the Russian Federation totaled 280 thousand people, the Airborne Forces - 50 thousand, the Marine Corps of the Russian Navy - about 20 thousand more people. To strengthen them, they hastily mobilized into the People's Militia of the DPR and LPR, the number of which was increased to 50-60 thousand people, according to various estimates. The quality of training of such "policemen" and their weapons raise big questions.

After the “Kyiv embarrassment”, all Russian troops were withdrawn from northern Ukraine and transferred to the Donbass, where the issue of water supply to the DPR and LPR was acute. However, far from all possible forces have been brought into battle so far. A significant part of them are held in reserve, the rest are fighting on the principle of rotation. In other words, only the tactics of "methodical war" chosen by the General Staff of the RF Armed Forces, with the grinding of enemy positions by artillery and aircraft, allows the allies to gradually liberate one settlement after another with a noticeable decrease in losses. And this is despite the significant numerical superiority of the defenders, which contradicts all the established canons of military science! However, it has long been obvious that for the effective conduct of hostilities on such a wide front line, even the combined forces of the RF Armed Forces and the NM LDNR are sorely lacking. For this reason, in Russia, if you call a spade a spade, "hidden mobilization" began and continues.

Without an official declaration of war on Ukraine and the transition to martial law, the strength of the RF Armed Forces began to steadily increase. Without increasing “on paper” the number of regiments in the Ground Forces, the Russian Defense Ministry began to increase the composition of units: an additional squad in a platoon, an additional platoon in a company, an additional company in a battalion. Under the contract, reservists go there, which has already made it possible to compensate for the losses incurred and significantly increase the strength, conducting training and combat coordination.

At the same time, the formation of so-called volunteer battalions began in many Russian regions. Those who wish undergo initial training through DOSAAF and then sign a 6-month contract on financially very attractive conditions. Riflemen, machine gunners, snipers, grenade launchers, mortar gunners, BTR-82 gunners are getting ready. Russian "volunteer battalions" have sonorous names such as "Tiger", "Hammer", "North-Akhmat", "South-Akhmat", "West-Akhmat", "East-Akhmat" and others. Let us especially note that the formation of volunteer battalions has already begun in the liberated territories of the Zaporozhye region, as reported by the interim head of its CAA Evgeny Balitsky:

A large number of people who would like to defend their homeland today not from the mythical Turk or Finn, but from that Ukrainian, from the Armed Forces of Ukraine. People are still coming, signing up, we are fixing large lists, there are already more than 200 people.
That is, a large military force is currently being prepared in Russia, which should ensure a turning point on the Ukrainian front. However, unfortunately, the same processes occur on the opposite side. Mobilization, or rather, “graveyard” in the Armed Forces of Ukraine proceeds in two ways.

The first is forced mobilization, when, according to the order, the military commissars hand out subpoenas to all men of a suitable age. There is no way to evade the draft, otherwise you can get a real criminal term. Departure from the country for men aged 18 to 60 is prohibited. True, those who have an extra 7 thousand dollars to pay a bribe can leave Nezalezhnaya in a roundabout way and avoid “graveyard”. The second way in which the Armed Forces recover their losses is of the greatest concern. Some Ukrainians sincerely go to "defend the Motherland from Russian orcs", believing in propaganda. Others simply have no choice because economy the country is destroyed and it is really possible to earn a living only by signing a contract with the Armed Forces of Ukraine.

The bitter truth is that the more territories Russia takes from Ukraine and the worse things go in the economy of the Independent, the more fiercely anti-Russian propaganda will work and the greater will be the mobilization potential of the Armed Forces of Ukraine. In other words, the hopes that we will now knock out all the most combat-ready opponents in the Donbass and everything will end by itself are completely unfounded. While the Anglo-Saxons rule Kyiv, it will really be a war of attrition, to the last Ukrainian. In the literal sense of the word.

Then what remains for us to do for the Victory and the liberation of the fraternal Ukrainian people from the criminal power of the Nazis, who fell under the external control of our worst enemy in the face of the collective West?

No matter how trite it may sound, Victory or Defeat begins in the head. Ukrainians themselves must be willing to lose for their own good. What is the root of the problem?

Many citizens of Nezalezhnaya are sincerely offended that in 2014 Russia took Crimea from them, then allegedly fought on the side of the DPR and LPR for 8 years on the sly, and on February 24, 2022, came to the war openly. All these "cunning plans" of the Kremlin strategists to take away the Sea of ​​\uXNUMXb\uXNUMXbAzov from them, forcing them to sign some kind of agreements on denazification and demilitarization, cause only rage. Denazification? None of the sane people who are there also understand what is required of them at all. The example of the "massacre in Bucha" can hardly inspire anyone now to cooperate with the Russians. And those Ukrainians who are really tainted in Nazi activities will resist to the end, rightly fearing retribution.

The trouble is that for all the months that have passed since the beginning of the special operation, President Putin has not bothered to offer the Ukrainian people at least some constructive agenda. Only negativity and behind-the-scenes dubious "agreements". So is it any wonder that the resistance will be up to the stop, grinding the lives of Russians and Ukrainians?

They say you criticize - offer. We offer.

The Russian authorities need to start talking to people, both their own citizens and the citizens of Ukraine. It is necessary to clearly formulate the real and sane goals of the special operation instead of vague ones like “demilitarization” and “denazification”, under which anything can be summed up. The regime of President Zelensky is objectively criminal, so recognize him as a terrorist and promise to eliminate him. After that, promise to hold referendums on self-determination on the whole territory of Ukraine, in each of its regions, who wants to live with whom. If the South-East decides that it is on the way with Russia, let it become our new federal district. If Central and Western Ukraine wants to preserve statehood, let it be transformed from a unitary state into a federal one, a protectorate of the Russian Federation, a member of the CSTO, the Eurasian Economic Union and the Union State of Russia and Belarus. Russian and Ukrainian should become state languages, Hungarian, Polish and Romanian should become regional languages, Russian and Ukrainian culture should be respected and studied equally.

These are good and right goals for which many citizens of Ukraine can support Russia against the Nazi regime in Kyiv. For that part of the former Square, which objectively will not become part of the Russian Federation, it is already necessary to create a transitional government, inviting well-known sane people from pre-Maidan life to it. Well, let at the initial stage it will be at least ex-Prime Minister Azarov. This government will have to establish ties with regional elites in the territories not yet controlled by the RF Armed Forces and equip those already liberated. It was necessary to start forming the Ukrainian Liberation Army a long time ago, where the VEC members who voluntarily surrendered and ordinary peasants, who are now going to fight against us only for the sake of their daily bread, out of hopelessness, can go. Let them be with us rather than against us, killing Russian soldiers.

This is what can and should be done. Only an integrated approach can minimize casualties on both sides, bring closer the common Victory of Russia and Ukraine and the normalization of the latter's post-war life.
Reporterin Yandex News
Reporterin Yandex Zen
30 comments
Information
Dear reader, to leave comments on the publication, you must sign in.