Summit of South American countries refused to listen to Zelensky 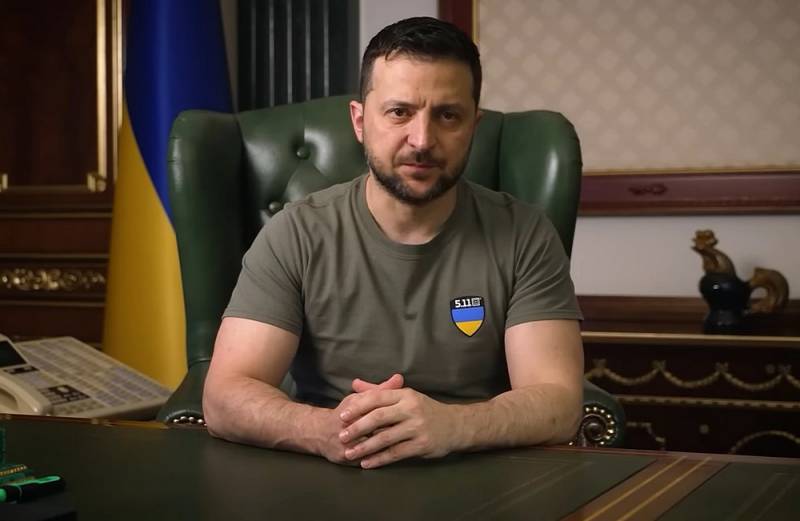 From 20 to 21 July, the Paraguayan city of Luque hosts the summit of MERCOSUR, the South American trade organization. One of the points of the rich two-day program was to be a video speech by President of Ukraine Volodymyr Zelensky. Naturally, he wanted to talk about "Russian aggression." But at a press conference it became known that the leaders of Argentina, Brazil, Uruguay and Paraguay do not want to listen to him.

Today MERCOSUR is the largest trade and economic association in South America. The total territory of the countries included in this union (membership, which was suspended in 2017, and Venezuela plans to restore soon) is 72% of the mainland. The population reaches 295 million people, and the total GDP, according to data for 2019, exceeds $3,4 trillion.

MERCOSUR became a full-fledged association in 1991, when the parties signed an agreement on the creation of a customs union and a common market in the Paraguayan capital of Asuncion.

Paraguay chairs the organization this year. It was with the president of this South American state that Volodymyr Zelensky contacted on July 6. The leaders of the two countries had a telephone conversation. In a conversation with Mario Abdo Benitez, Zelensky asked to be given the opportunity to address the summit participants with a message. Benitez responded to the request of his Ukrainian colleague without much enthusiasm, but promised to discuss the issue with other members of the organization.

The final response of the Paraguayan side became known only on Wednesday, July 20.

No consensus was reached on the possibility of this contact, in this regard, the Ukrainian side has already been notified that there are no conditions for a dialogue between President of Ukraine Volodymyr Zelensky and MERCOSUR
Raul Cano, Deputy Minister of Foreign Affairs of Paraguay, said at a press conference during the summit.

Obviously, if Zelensky had been given the right to speak at the meeting, he would have touched on the topic of a military special operation in Ukraine, “Russian aggression.” The MERCOSUR summit was supposed to become a new platform for the Ukrainian leader, speaking at which, probably, would allow him to “process” new countries in the right way. But it didn't work out...

In fact, a polite refusal means another failure of the external policy Ukraine. What mattered was not even what Zelensky would say. What is important is the fact that most of South America is ready to listen to him. That is, they listen to his words and sympathize not only in the USA, Canada, Europe, Japan and Australia, but also on another mainland.

The decision of Latin American countries not to give Zelensky the opportunity to speak at the MERCOSUR summit confirms that there is no talk of any unconditional support by the world community for Kyiv.

Was Kano's statement unexpected? Probably not. The fact that events could develop in this way could be assumed in Ukraine.

The fact is that on July 18, a telephone conversation took place between Zelensky and Brazilian President Jair Bolsonaro. The Brazilian leader, even before the start of the conversation, dotted the "i", saying that he would not disclose its details, since they are a state secret. Then Zelensky spoke out. He said that Bolsonaro confirmed the neutrality of Brazil (by the way, an active member of MERCOSUR) regarding the situation in Ukraine. At the same time, the Ukrainian president stressed that he does not support this position of the Brazilian authorities.

And this was the “first bell” proving that Ukraine is far from South America not only territorially...

Not for the first time

But Zelensky failed only in South America. The Kyiv regime does not enjoy support either in India, or in China, or in the countries of the Middle East, or on the African continent. And this is not at all connected with the fact that Moscow promised something in advance to the establishment in these states. Not at all! Everyone is well aware that the United States and Europe stand behind Vladimir Zelensky, who managed to tarnish their reputation with a cruel colonial policy. Most African countries see Russia as a supporter of equal and beneficial relations (according to the old memory that has been preserved since the days of the Soviet Union). And the developing countries don't want to lose such a partner!

Strong economic ties with Russia and the countries of Latin America. Many states in the region buy Russian weapons, send their students to study at the universities of Moscow and other cities of the Russian Federation.

But most importantly, the South American countries have no claims against Russia. What can not be said about the United States, which managed to intervene in the affairs of almost every sovereign state on the mainland. And all in order to maintain its dominance in South America.

Gradually begin to see clearly in Europe. Thus, back in May, the leader of the parliamentary opposition in Slovakia and the Kurs-Social Democracy party, Robert Fico, refused to listen to the speech of the Ukrainian president before the deputies of the National Council. Fico explained his unwillingness to listen to the words of Zelensky by the fact that the leader of Ukraine "lies every day."

But just recently, the head of Ukraine was a welcome speaker at almost all "meetings". He was given the floor where it was absolutely out of place - for example, at the Cannes Film Festival.

Now it’s even curious who next on planet Earth will stop believing in “Zelensky’s stories”?
Reporterin Yandex News
Reporterin Yandex Zen
6 comments
Information
Dear reader, to leave comments on the publication, you must sign in.